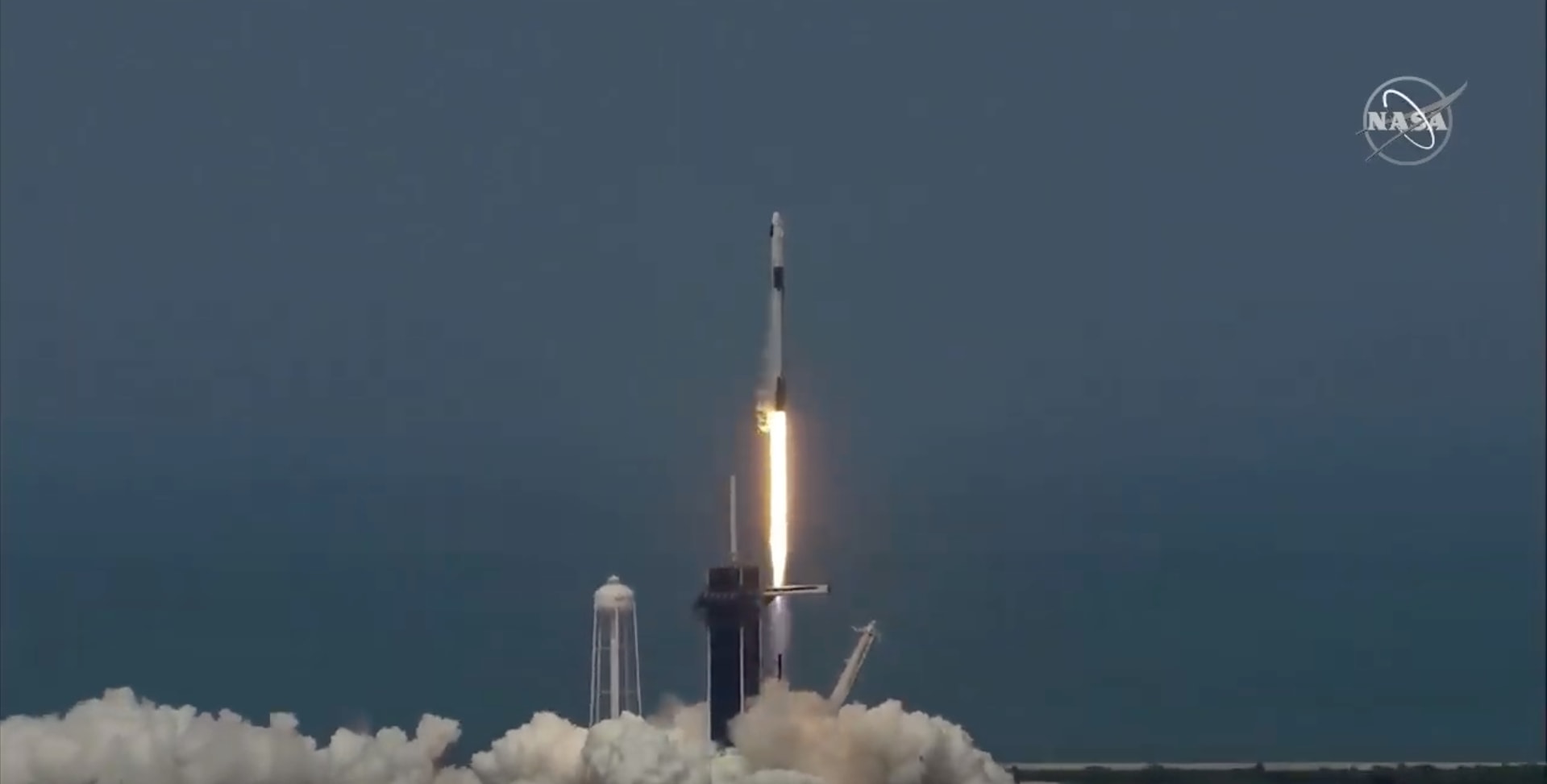 The SpaceX Falcon 9 rocket blasted off into the Florida sky with two onboard. 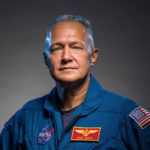 Saturday afternoon Hurley and Behnken became space pioneers in their own way: the first to go into space aboard a rocket designed, built, managed, launched, and directed by a private company, when the SpaceX Falcon 9 rocket they were riding blasted into orbit from Kennedy Space Center.

The 3:22 p.m. launch from the historic Launch Complex 39A was witnessed by tens of thousands gazing into Florida’s late-afternoon, partly-cloudy sky from roadsides, beaches, yards, and rooftops, and by millions on TV.

“America has launched. So rises a new era of American space flight, and with it the ambitions of a new generation, continuing to dream!” added launch director Mike Taylor. 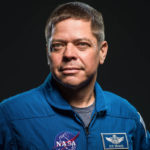 The launch, a demonstration mission toward SpaceX’s six-trip contract to provide private taxi service to and from the International Space Station for NASA, reopened Florida for the send-astronauts-into-space business after a nine-year lull.

The launch, on a second try after the first attempt was scrubbed Wednesday due to bad weather, made SpaceX the first private company to carry astronauts into orbit.

The first human in space, Soviet cosmonaut Gagarin, the first American in space, NASA astronaut Shepard, and the first American to reach orbital space, astronaut Glenn, all did so on the strength of government operations. They signaled the achievements of nations, while Hurley’s and Behnken’s trip toward the International Space Station Saturday signaled the achievements of private enterprise, albeit on a government contract to support a government mission.

In many ways, America’s space ambitions and NASA’s plans for the future rose Saturday along with the rocket.

NASA’s plan is to turn over lower-Earth orbit transportation, both for government and private purposes, to the private sector, so that America’s space agency can direct more attention to planning longer trips to the Moon and Mars. In addition to SpaceX, Boeing has an astronaut taxi contract with NASA. About a half-dozen other rocket companies have spaceships in development.

Saturday’s launch also may have given America a brief respite from troubled times.

“This space program that we have in this country unites people,” period. It always has,” NASA Administrator Jim Bridenstine said on Tuesday.

Despite the pleas from NASA and SpaceX for people to stay home and watch TV because of the coronavirus crisis and need for social distancing, there were reports of crowds lining roads, highways and beaches of Brevard County to view the historic launch.

Both of the astronauts are veterans of space flight.

Hurley was selected as a NASA astronaut in 2000. He was the pilot on Space Shuttle Endeavor’s STS‐127 mission in 2009, and of the final space shuttle mission, Atlantis’ STS‐135 mission in 2011. Before joining NASA, he was a fighter pilot and test pilot in the U.S. Marine Corps. He is a retired Marine Corps colonel from New York.

Behnken also was selected as an astronaut by NASA in 2000 and also is a veteran of two space shuttle missions. He flew into space aboard Endeavor for the STS-123 mission in 2008, and aboard Endeavor’s STS-130 mission in 2010. He is an Air Force colonel from Missouri and has a doctorate in mechanical engineering from the California Institute of Technology.

After the Crew Dragon capsule reaches the space station and docks on Sunday, the two astronauts will stay aboard for a relatively short period, perhaps as little as five days.

When the capsule leaves, it will splashdown just off Florida’s Atlantic Coast, to be picked up by SpaceX’s recovery ship and returned to the docks of Cape Canaveral.