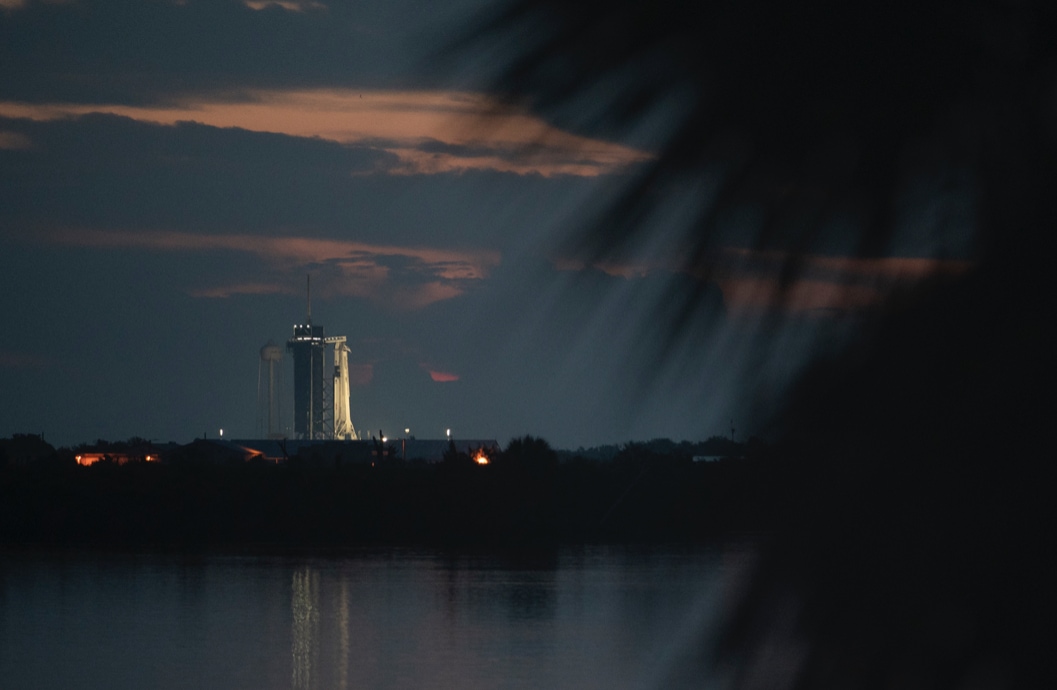 Wednesday afternoon’s SpaceX Falcon 9 rocket launch with two astronauts on board was scrubbed at Kennedy Space Center due to bad weather just off the coast of Cape Canaveral.

The announcement came just 17 minutes before the 4:33 p.m. launch target, as SpaceX, NASA, and Air Force officials watched in frustration as a storm system that blew through a couple of hours earlier lingered a few miles away, tossing lightning around and making the first launch of American astronauts in nine years from Florida too risky.

SpaceX, NASA, and astronauts Doug Hurley and Bob Behnken will try again on Saturday, with a 3:22 p.m. launch target time.

SpaceX’s launch director made the call that almost everyone was expecting.

“We have a couple of different weather rules that we do not expect to clear in time for launch today,” launch director Mike Taylor said.

Responded one of the astronauts inside the Dragon capsule: “It was a good effort by the teams, and we understand, and we’ll meet you there.”

The launch was to be the first commercial space company effort to put humans into space orbit. SpaceX is planning to send Hurley and Behnken to the International Space Station as the final test leading up to its contract to become one of NASA’s two space taxi services, along with Boeing.

The launch attempt Wednesday was to be attended by President Donald Trump, Vice President Mike Pence, and Gov. Ron DeSantis. In addition, thousands of people turned out to try to watch from the beaches and roadways around Cape Canaveral.

The Air Force 45th Weather Squadron is forecasting slightly better weather for Saturday. But it still is a mid-afternoon, late May launch attempt in Florida, meaning storms always are a possibility.