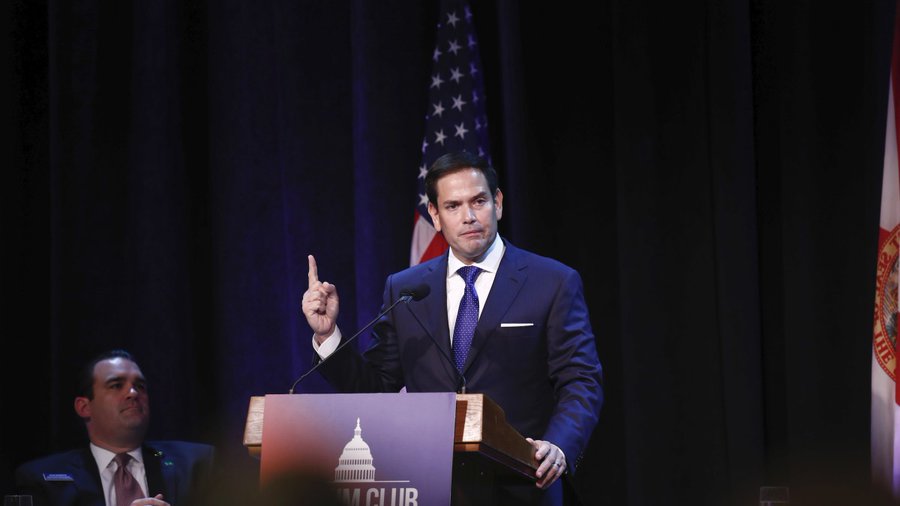 The streets of Jacksonville, Miami, Tampa, Orlando, and Tallahassee palpitate with protest, as do streets throughout the country.

But for U.S. Sen. Marco Rubio, the legitimate protest is providing cover for extremists on the left and right (arguably not on the “political spectrum”) to take aim at civil society itself.

Some, the interim chair of the Senate Intelligence Committee said Sunday, even want a “second Civil War.”

“These people are violent, domestic extremists,” Rubio said. “and they range from Antifa groups who are radical to the left to some other groups, radical to the right. In fact, groups that I would argue don’t even belong on the political spectrum as we know it.”

“And their goal, while they are ideologically opposed to each other … they hate the police, they hate the government, and they want this country to fall apart … some of them want a Second Civil War.”

“Foreign adversaries,” Rubio added, are hailing these rioters, which represent a “threat to our security.”

The Senator described how they infiltrate themselves into the legitimate protest actions, usually materializing as the event organically would shut down.

“Something happens at these protests, right around sundown,” Rubio said, referring to “these people … who show up with backpacks and they have batons and incendiary devices.”

The Senator has expressed concern throughout the weekend about these protests.

Saturday afternoon saw arguably his most pointed statement, a warning that extremists from both sides of the spectrum and even other countries could co-opt the message.

“WE KNOW we have nations who actively exacerbate preexisting divisions in America. WE KNOW we have far-left groups who support violent protest. WE KNOW we have ethnic nationalists who promote race based conflict. And no reason to believe any of them are taking the weekend off,” Rubio warned.

They are stealing the focus away from the murder of Mr. Floyd & the legitimate problems it revealed. pic.twitter.com/IQ8v7sMsU6

previousCurfew imposed in Jacksonville in wake of protesting