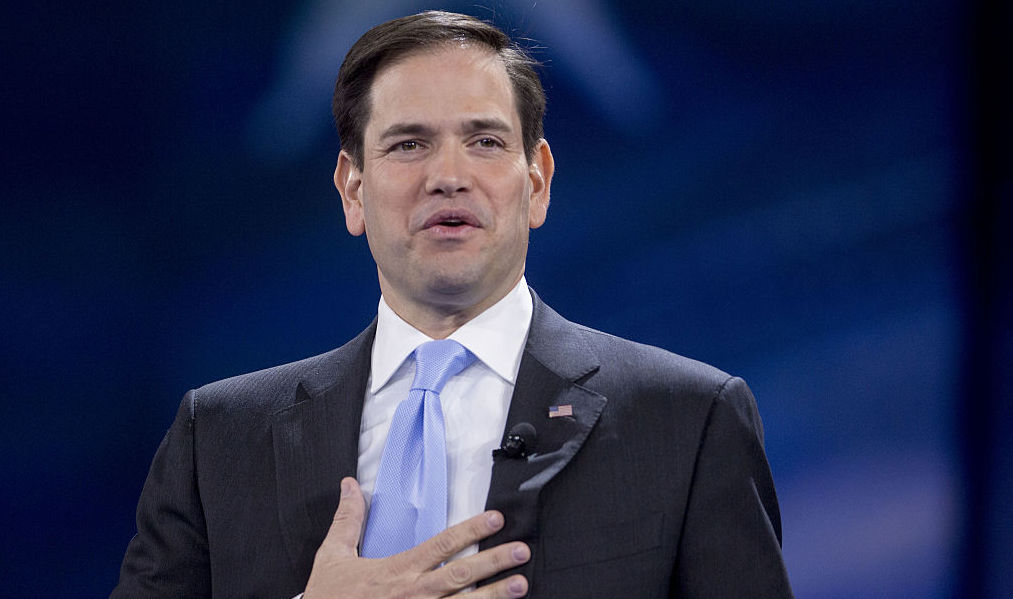 U.S. Sen. Marco Rubio continued his running commentary on the latest crisis in the Republic, saying protesters knew curfew was at 7 p.m. in Washington so they should have been off the street.

“They knew the street needed to be cleared before 7pm curfew,” the Senate Intelligence Chairman said about protesters scrapping with paramilitary police within spitting distance of the White House.

“The overwhelming majority of agitators are not African Americans … many wearing gas masks or googles … they know exactly how to provoke police.”

CNN commentary, at least on Monday night, was exclusively critical of the President, without even the obligatory surrogate defending his position. Commentators said things like “this is not America,” lambasted the President’s “all-white coterie,” and predicted a landslide loss for the President’s reelection effort.

Cable news may have focused the Senator’s ire, but he has spent the last few days attempting to paint a complex portrayal of protesters, including antifa allies on the left and “ethnic nationalists” on the right.

“I guess the violence from organized bands of young white men, dressed in all black, with helmets, gas masks, knee pads, shields & hammers isn’t enough to be at least a little suspicious,” Rubio asked earlier Monday.

The Senator offered another depiction of these usurpers earlier in the day: “Loosely organized groups who hate the police & want a 2nd Civil War is also real During the last week some are on private social media chats calling for attacks against police They are described as “far-right”. But they are really anti-govt/anti-American insurrectionists.”

The Second Civil War motif is one Rubio established over the weekend in previous commentary.

“These people are violent, domestic extremists,” Rubio said. “and they range from Antifa groups who are radical to the left to some other groups, radical to the right. In fact, groups that I would argue don’t even belong on the political spectrum as we know it.”

“And their goal, while they are ideologically opposed to each other … they hate the police, they hate the government, and they want this country to fall apart … some of them want a Second Civil War.”

previous'Can we hunt them down?' Matt Gaetz antifa assault flagged by Twitter