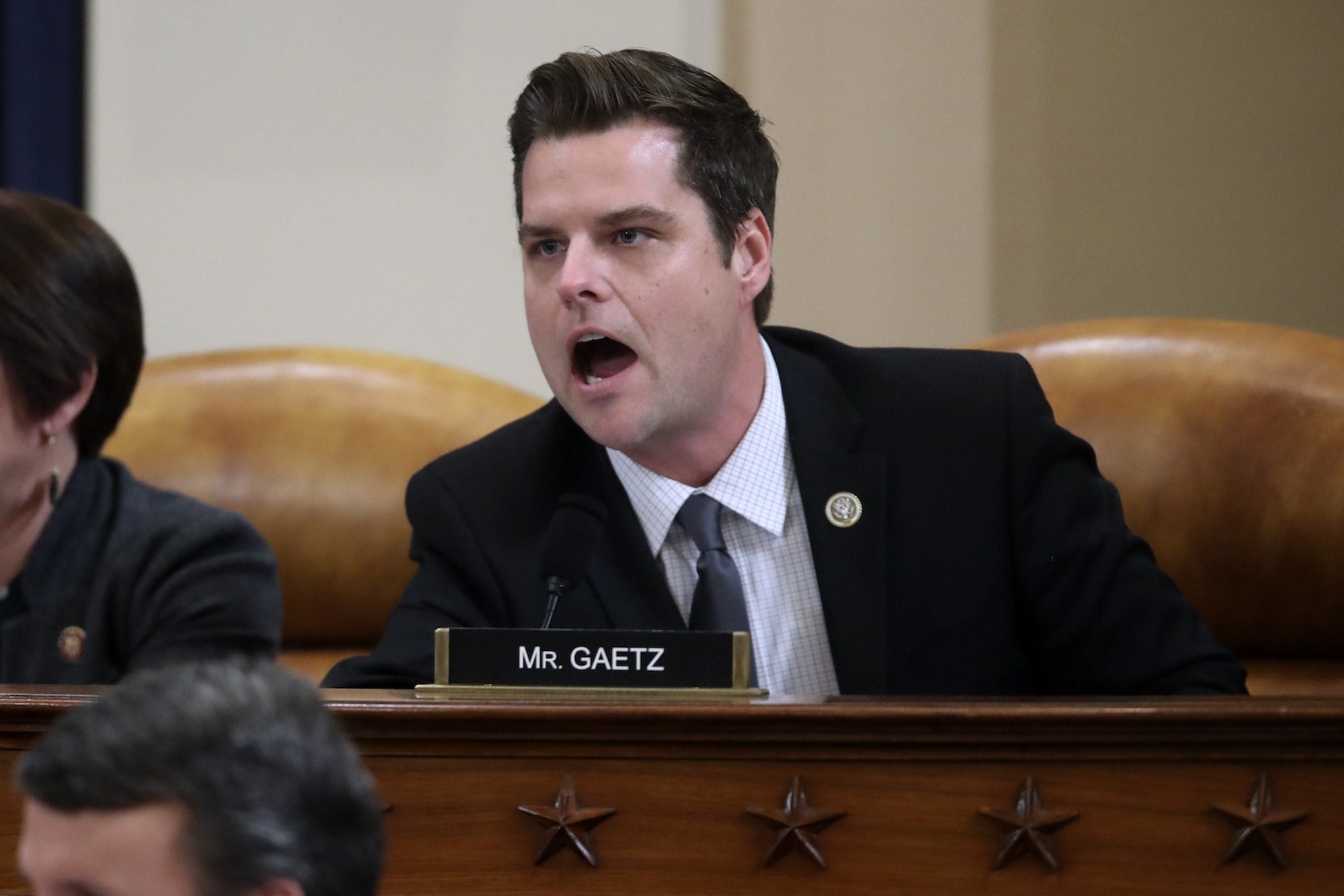 With many of the pretenses of civil society having evaporated amid days of protests that have devastated dozens of cities, one Florida Congressman proposed a solution too raw even for Twitter.

U.S. Rep. Matt Gaetz, tweeting from his personal account Monday, urged definitive action against antifa, an assortment of fringe-left groups that the President and other Republicans claim to be terrorists.

The Congressman didn’t use all 280 characters in his direct question: “Now that we clearly see Antifa as terrorists, can we hunt them down like we do those in the Middle East?”

He didn’t need all 280 characters to find his tweet flagged for a “glorification of violence,” as POLITICO reported.

The Panhandle Republican’s comment elicited condemnation from countless Democratic politicians and singer-songwriter Richard Marx, and came after a series of ruminations about the violence rocking American streets.

“A great nation does not allow our people to be treated this way. America must stand against lawlessness masquerading as politics,” Gaetz tweeted.

At least one unhappy follower vowed to report Gaetz’s account to Twitter for inciting violence, a proposition for which he offered a rejoinder.

The attempted turfing comes just after Florida Democrats sought the removal of the Twitter account of Rep. Anthony Sabatini, a Howey-in-the-Hills Republican who asserted that “protesters” in his native Lake County would be greeted by AR-15’s if they entered local stores on looting sprees.

Despite outcry, Democrats were thwarted, and they asserted that the social media platform may be “OK with inciting violence.”

The concern about the impact of antifa is not limited to Gaetz in the Florida Congressional Delegation.

Notably, Sen. Marco Rubio, interim chair of the Senate Intelligence Committee, has expressed many of the same worries, though without the suggestion that they be hunted down.

“Growing signs that far-left militant Antifa groups are taking advantage of the rightful outrage over Mr. Floyd’s murder to incite violence at protests. We must not allow these violent radicals to distract from or harm the effort to address the real & legitimate issues of race,” Rubio tweeted on Saturday.

The Senator has said variations of the same since.

nextMarco Rubio says protesters had it coming for breaking curfew