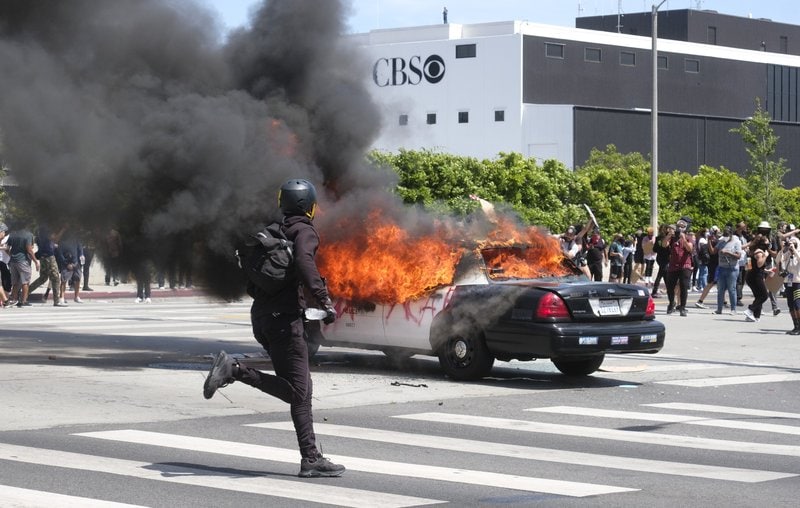 A Republican Congressman from Florida addressed Tuesday evening’s protests, seemingly ameliorated in some areas by more than 20,000 deployed National Guard troops in 28 states and the District of Columbia.

U.S. Rep. Michael Waltz, a National Guard Colonel appearing on Wednesday morning’s Fox and Friends, said the show of force was necessary to ensure protests stay peaceful, and that the National Guard stood ready to assist in restoring order.

Waltz noted the Guard works for the governors, who will “deploy and support much like our mission to support border security” to help law enforcement with “logistics, transportation, and other tasks.”

But the President of the United States has ultimate authority if lower authorities fail to act, he said.

“Many of these mayors and governors are tying law enforcement’s hands and not letting them do the job they need to do to restore law and order in this country,” Waltz said. “I think the President’s message to governors and mayors is that if you’re not going to step up, he will and he will have to.”

“He does have authority to federalize the National Guard and also send in active duty troops,” Waltz said. ” The rest of America has rights too”

“This rioting, looting, and violence has to got to stop one way or another,” he added.

In his position, there is no daylight between a Congressman from northeast Florida and the leader of the free world, who newly christened himself this week the “President of Law and Order.”

President Donald Trump, in a fiery conversation with governors earlier this week, told them they were “fools” if they did not deploy National Guard troops.

“Most of you are weak,” Trump said. “You have to arrest people.”

Waltz decried that denunciation, teed up by Fox News, as “ignorant and wrong.”

“It perpetuates some kind of stereotype that these are a bunch of warmongers with machine guns,” Waltz added. “You can tell he’s never served … that’s a wrong and ignorant statement.”

Florida deployed, troops in Tampa, and has 490 others waiting to be deployed should it be needed.

“This is a huge stress on the force, but they will step up and do their job,” Waltz said.