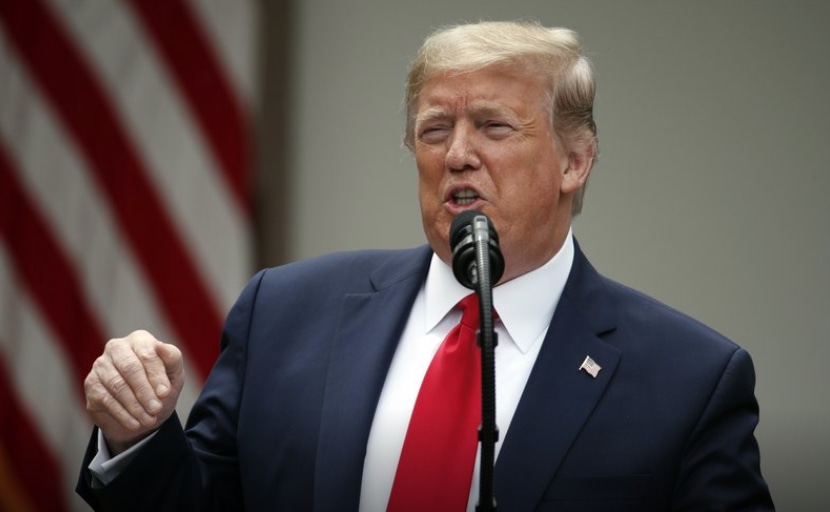 The Pro-Democrat PAC American Bridge is calling out President Donald Trump after a Washington Post report found Trump attempted to register to vote in Florida while using an out-of-state address.

“The President already had a dishonest double-standard here — he calls voting by mail fraudulent and demands Americans risk their health to vote in person while he fills out his mail-in ballot from the safety of Mar-a-Lago. Now we learn he tried to register to vote in Florida from an out-of-state address. He finally found the evidence of voter fraud he’s been looking for.”

The Washington Post reported Trump originally registered to vote in Florida on Sept. 27 of last year.

“On one of his forms that day he was telling Florida officials that his ‘legal residence’ was Washington, D.C., and on another he was saying he was a ‘bona fide resident’ of Palm Beach,” the paper reported.

Florida law says eligible voters must be “a legal resident of the State of Florida.”

Those who knowingly list a false address can be find or imprisoned, though it’s not likely Trump would actually face such consequences.

Trump has, however, over-hyped the threat of voter fraud for years, using it as an attack against his political rivals. In the most recent version of his attacks, Trump is warning against increased access to vote-by-mail ballots as concerns continue about exposure to COVID-19.

The President has alleged, without support, that mail-in ballots are “substantially fraudulent.”

Trump himself utilized vote-by-mail to cast his ballot in the most recent Florida elections. The tool is also used by the elderly and soldiers overseas, among others.