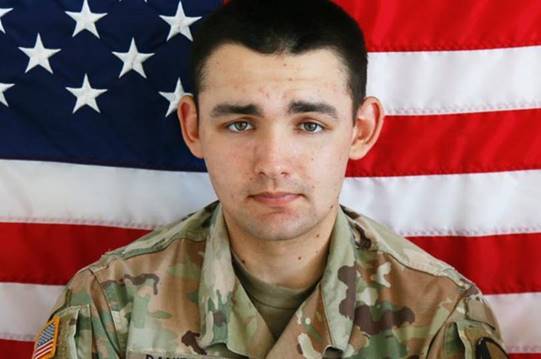 Rep. Vern Buchanan has demanded reforms to military training procedures after the death a Bradenton soldier.

Army Spc. Nicholas Panipinto died in November when an M2A3 Bradley fighting vehicle he was driving rolled over during a road test, Stars & Stripes reported at the time. The wreck, at Camp Humphreys in South Korea, injured four others. Panipinto was 20.

“The loss of a soldier that was so promising sent shockwaves through the company and the battalion,” Lt. Col. Edward Kennedy told the military newspaper.

Buchanan said it was a preventable tragedy.

“The heartbreaking and very preventable death of my constituent Spc. Nicholas Panipinto clearly shows that changes in training and safety procedures need to be made,” Buchanan said.

“The serious deficiencies and failures identified in the report on Spc. Panipinto’s death call for immediate reforms within the Department of Defense. I want to make sure that no family has to go through the pain and suffering that Spc. Panipinto’s family has faced.”

Moreover, the circumstances leading to Pinipinto’s death did not appear to be isolated. A report by the Congressional Research Service found that between 2006 and 2018, 32% of all active duty military deaths occurred as a result of training exercises. That’s twice the 16% killed in action, and during a time period with active conflict overseas.

A number of safety and training failures led to the death, according to Buchanan’s Congressional office. Those included malfunctions in the vehicle’s communication systems, defective or broken equipment, a lack of medical services on base and significant delays in medical response to the scene.

Kimberly Weaver, Panipinto’s mother, said her son did not have the proper license, training or required instruction to be the driver in a road test. One individual involved in training for the unit said any training program was “nonexistent.”

“When I took over the program there was nothing, I had no paperwork for any soldiers with licenses. Soldiers came up to me and informed me that the previous master driver just gave them licenses without a 40 hour block of instruction,” an unnamed individual told investigators.

The revelations prompted Buchanan to write a letter to then-Defense Secretary Mark Esper calling for reforms to prevent future accidents.

“This heartbreaking and very preventable story is why I am urging you to consider implementing the following common-sense reforms and improvements in this year’s annual defense policy bill so that future military personnel don’t needlessly suffer the same fate,” Buchanan said.

Those include enhancing compliance for licensing and training military drivers, implementing more simulated training, strengthening training requirements for all military equipment, ensuring emergency medical facilities on all bases on foreign soil and maintaining an inventory of helicopters and ambulances available for medical evacuations.

Panipinto’s family said improvements were critical to protect those putting their lives on the line in defense of the country.

“This is an unbearable pain and what makes it even more painful, is that it was entirely preventable,” Weaver said.

“Nothing is going to change the outcome for us now, but we can and should take action to prevent it from happening to other families in the future. We look forward to working with Congressman Buchanan to address this issue and help save lives.”

nextFlorida's metro-counties warding off COVID-19 better than most in U.S.