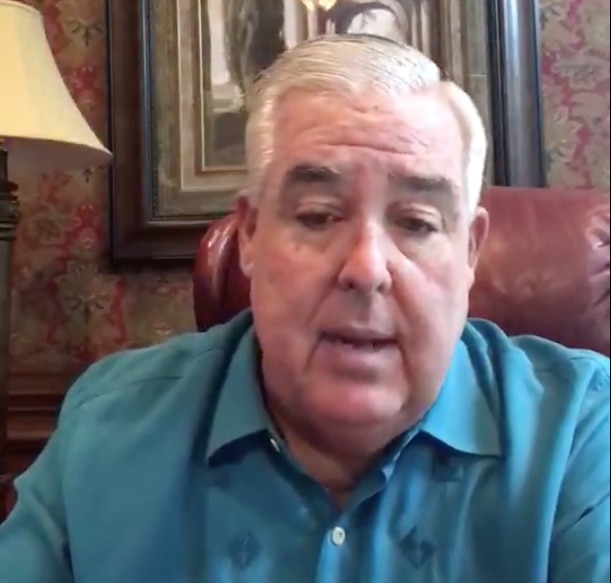 Morgan denounced officers who do not speak out about bad cops.

Orlando injury-liability lawyer and political-mover-and-shaker John Morgan spoke out Monday about the police violence behind the slaying of George Floyd and the ensuing demonstrations, calling for good police officers to end what he said is a code of silence.

“Now look, I have great respect for the police. But 1,000 policemen and women who do nothing about 10 bad policemen make for 1,010 bad police,” Morgan said in a video he posted on Twitter Monday.

“This code of silence, this protection, has gotta end,” Morgan said.

Among other things, his law firm, Morgan & Morgan, sues police departments over allegations of police abuse, police brutality, and civil rights violations. So his view of police codes of silence is likely founded in frustration from numerous such cases, and his call likely would be to the benefit future cases.

Morgan alluded to his firm’s experience in such cases to say that the violence that led to Floyd’s death on May 25, and all the similar deaths of unarmed black men and women before that, does not surprise anyone in his firm, the largest trial lawyer firm in Florida, with offices around the country.

“We have mothers who, and fathers who are afraid for their children’s very life,” Morgan said. “And think of what we would never have known but for citizens with iPhones. Police are supposed to have body cameras, but they turn them off,” he said.

“I hope this time is the time America hears all of our voices loud and clear,” he said. “This hatred and violence has got to end.”

Among his firm’s offices is one in Louisville, Kentucky, which Morgan said was damaged during demonstrations last week when someone threw rocks through a window, he said. But he shrugged about that.

“People have been asking me if I’m pissed off about my window being broken out. Not at all. I can get a new window,” he said. “But the Floyd family never gets their son, father, brother back.”

He also is a longtime fundraiser for Democrats, including for Bill Clinton, Barack Obama, Hillary Clinton, and Joe Biden. Two years ago he expressed deep frustration with the Democratic Party and swore off allegiance to it, and registered as an independent in 2019.