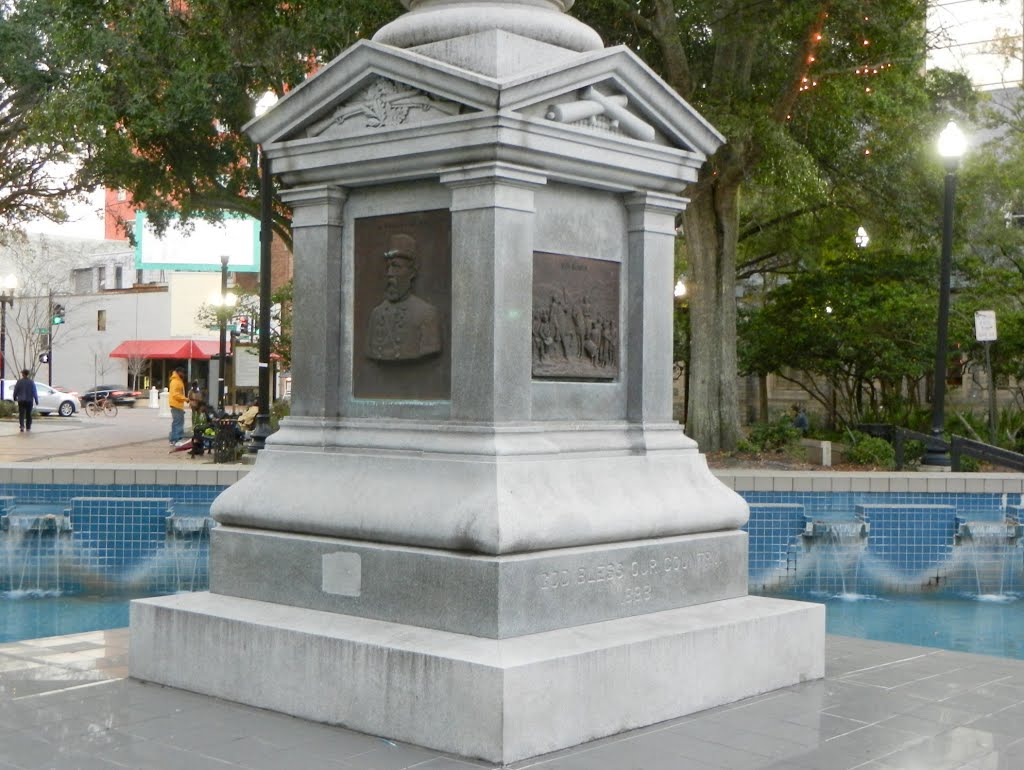 At this point, that is the only one of the city’s monuments of that type to come down. But the rest are coming, Mayor Lenny Curry said Tuesday.

Curry said he “evolved” on the importance of the issue in remarks to reporters during a march to and from the Duval County Courthouse.

Jacksonville has at least two more monuments, put in place between 1898 and 1926; and eight historic markers.

The monuments include the ‘Monument to the Women of the Southland’ in Confederate Park in Springfield, and a Confederate Memorial Services grandstand at the Old City Cemetery.

The move comes as Curry prepares to announce other policy changes in the wake of protests over the course of weeks since police in Minneapolis killed George Floyd.

For Curry, a second-term Republican, the move represents another in a series of policy evolutions.

In 2017, the Mayor resisted the push, worried about extremist elements.

“I get briefed by the Sheriff regularly. I can tell you right now from discussions with him, based on Council’s wanting to outright say they want to remove these — there’s chatter from these outside groups. People in Charlottesville are already talking about coming to Jacksonville. We want to keep those groups out of our city, and we want to work together as a community to have a civil discourse.”

“I’m not proposing we remove these monuments,” Curry said. “Certainly, if the public wants to have that conversation — now the Council President has said this is her priority to remove them.”

“I urge the Council to have that discussion, that debate, Whatever they decide, I’ll evaluate it when it lands on my desk at that time,” Curry said, refraining from a commitment to sign or veto the bill when asked.

Back in 2017, when former Jacksonville City Council President Anna Brosche floated removing the monuments, it was against public opinion in one poll.

Since then, there has been a sea change in national politics, with heavy scrutiny on memorials such as the one in Hemming Park.