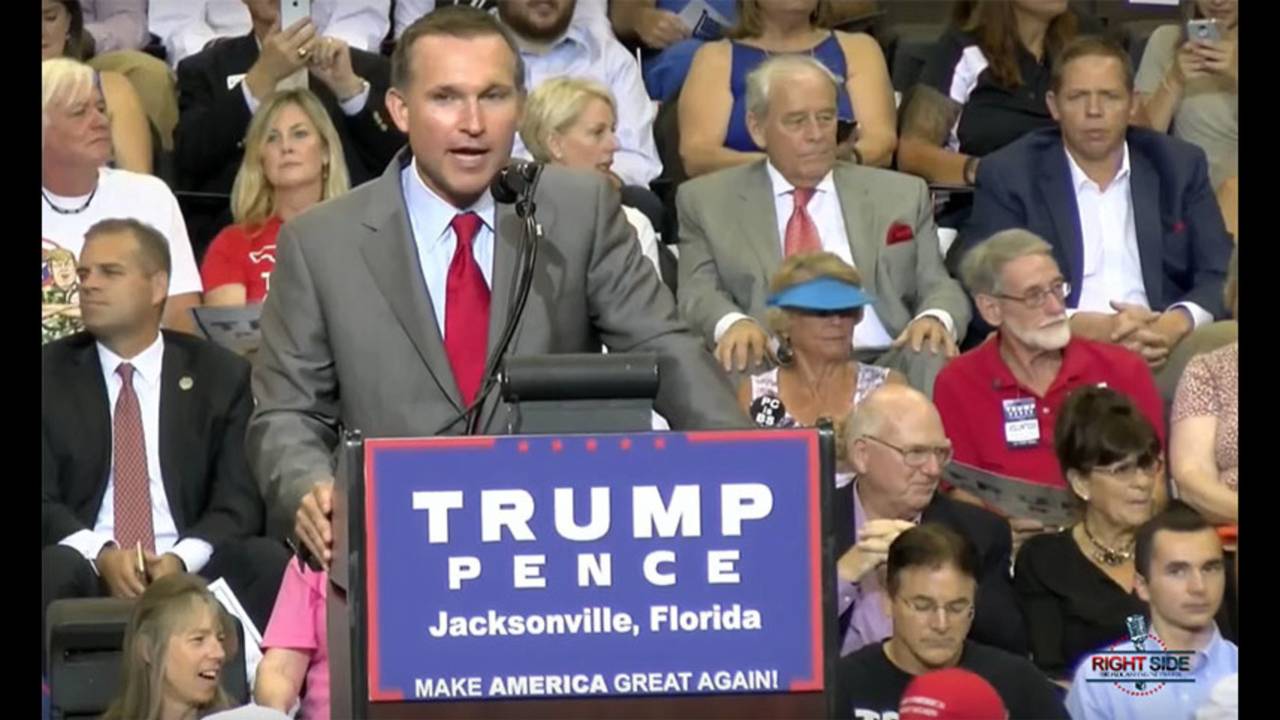 Jacksonville is back in business, Lenny Curry says.

For Curry, this early morning press conference was a necessity, with national media taking up the rest of the day.

For the Mayor, the official landing of the event capped off one of the biggest weeks in local news history, with a 122-year old Confederate Monument being brought down before the improbable visual of this Mayor marching with Black Lives Matter protesters who represent an existential challenge to the President and the Law and Order agenda he touts.

Those protesters, and more, will be in the streets in August, during a convention time that coincides with the 60th anniversary of Ax Handle Saturday, one of the most brutal episodes of racial violence in the city.

Can Jacksonville, thus far largely (though not completely) spared the protest violence seen elsewhere, avoid tumult when hosting the renomination of a historically divisive President?

“As it relates to the terrible, tragic event … we have to acknowledge that. It was a terrible time in this city,” Curry said, but not connected to “this economic event.”

“Peaceful protest is a right,” Curry said. “We honor and respect that right.”

“With a convention, there is significant funding that comes from the federal government,” Curry added, with “federal and state partners,” law enforcement from other counties, and “additional resources in the city subsidized by federal government.”

The Mayor was light on specifics of disbursement, but said “every single interaction” he’s had with the feds, “the dollars come in.”

The city has cash on hand to float if reimbursement was delayed, he said.

The Mayor, responding to a question as to whether Tuesday’s events were just theater, reiterated that he had “evolved” on the Confederate Monument issue and the march Tuesday was the right thing.

Curry addressed concerns about COVID-19, saying the solution was to “act responsibly,” noting that Jacksonville’s positive rate is just 2.7%, meaning the curve has been “flattened for weeks now.”

Curry said that he continues to take the pandemic seriously, but “as we are in recovery mode, it’s important that we honor that right.”

The Mayor made no guarantees as to whether the acceptance speech would be a no mask event.

“If COVID-19 presents challenges … we will put the safety of people first,” Curry said.

The Mayor lauded the “tremendous opportunity” for Jacksonville, for “businesses to get back on their feet” and to “showcase our city to the world.”

A host committee will raise the dollars to pay for the event, Curry said.

Curry noted that numerous cities made their case, and Jacksonville was “on edge” until last night.

“I had a pretty good idea that it was us yesterday,” Curry said, but he didn’t know for sure until he saw it on television news

nextDownplaying virus risk, Donald Trump gets back to business as usual