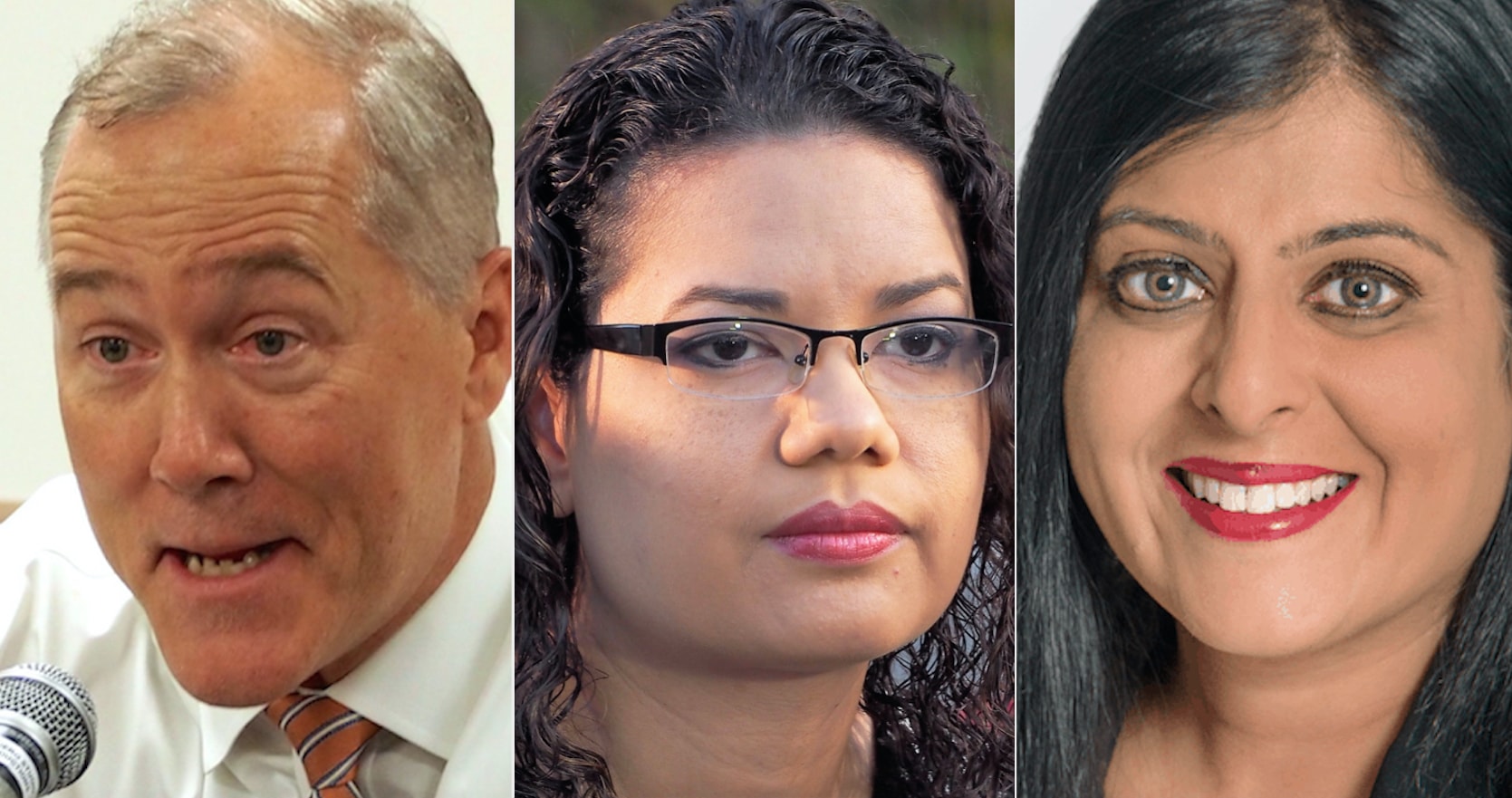 Miller served two terms in the Florida House, representing part of the same territory served by District 5, before running a failed bid for Congress in 2018.

The Commission and the election officially are nonpartisan. So the Aug. 18 primary will be to see whether one of the candidates can win outright with more than 50% of the vote. If not, the top two vote-getters face each other in the general election in November.

Republicans have chomped at the bit to win back the seat that Bonilla grabbed in 2016 when she upset longtime incumbent Ted Edwards. Bonilla ran in an outsider lane with a strong commitment to environmental and conservation and growth-control planks, issues that won the day for her in the traffic-plagued region that is home to some of Orange County’s most fragile and threatened natural areas.

The seat was the first of several Republicans lost in the last two elections, and they went from having a 6-1 majority on the Commission to seeing the Democrats take a 5-2 majority for the current term.

Earlier, Winter Park Mayor Steve Leary was in the race, and was lining up establishment Republican support. But Leary withdrew, citing his decision to focus more on his family and his businesses.

Two other candidates also had filed and withdrew.

Miller will bring significant political support as a businessman and former Republican U.S. Senate staffer who was seen as a pragmatic conservative in the Florida House. In 2018 he easily won a tough three-way primary to run in Florida’s 7th Congressional District but was defeated that year by incumbent Democratic Rep. Stephanie Murphy of Winter Park.

Miller has proven competitive in otherwise Democratic districts. Before his congressional campaign, Miller held the District 47 seat in the House. He won election to his first term in 2014 over then-incumbent Rep. Linda Stewart, who is now a state Senator. He defended the seat with a 5-point win over Democratic nominee Beth Tuura two years later. When he opted not to run for reelection in 2018, the seat was easily flipped back to Democratic control by current Rep. Anna Eskamani.

Vaya, also a Republican, has mounted a formidable campaign, raising more than $100,000 and lining up significant backing from the Orlando tech community — she founded and runs the tech firm Tezz Mobile Solutions — and business contacts she developed through her work with the Orlando Indian American Chamber of Commerce.

Bonilla has lined up support from unions and grassroots organizations and raised more than $50,000 for her reelection bid. In 2016 Edwards far outspent her, but Bonilla managed an upset through a grassroots movement she had been part of as an environmental activist.

District 5 includes the upscale suburbs of Maitland and Winter Park. It also covers a far more diverse populous, with a much more Democratic bent, stretching eastward through the University of Central Florida region and into the semi-rural, environmentally obsessed areas farther to the east. The university leads the district to have a significant population of young voters, and the southern third of the district takes in several largely Hispanic communities, with significant numbers of Puerto Ricans, like Bonilla.