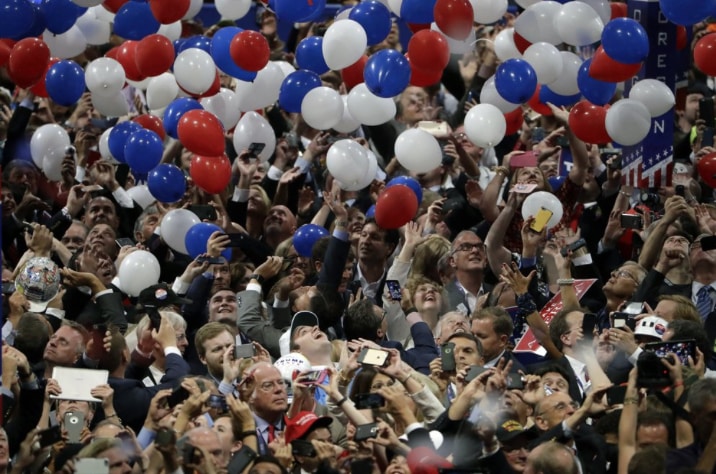 Couples ponying up $1M+ and other big ticket donors will stay on Amelia Island.

Communications from Trump Victory to the party’s most reliable donors reveal that the biggest contributors won’t stay in Jacksonville during the Republican National Convention.

Jacksonville Mayor Lenny Curry has hailed the event as creating a “$100 million economic impact,” but the biggest margins in terms of hotel spend will be outside his jurisdiction.

A letter sent to donors Wednesday, first reported by Misyrlena Egkolfopoulou of Bloomberg, reveals that for most leading categories of donors, hotels have been secured in Amelia Island, not Jacksonville itself.

Amelia Island, which has a Ritz Carlton among other prestigious hotels not in Jacksonville, is in Nassau County. This means that the most deep-pocketed Donald Trump lovers will not be paying bed tax in Duval County.

The best package available, according to Trump Victory, is the “Presidential Trust,” a level requiring a $1,161,200 contribution per couple.

In addition to the guaranteed hotel berth comfortably outside Duval County, the campaign promises “Trump Victory hospitality,” VIP access, VIP concierge services, and, perhaps best of all, an “exclusive behind-the-scenes tour inside the VyStar Veterans Memorial Arena and ancillary venues.”

Don’t sprain your wrist writing those $1,161,200 checks for the spouse and yourself, though. Many of these considerations are available at lower levels. Those at the Vice Presidential Trust level ($580,600 per couple, annually) will get virtually the whole package.

However, they will all be placed in Amelia Island.

Donors below this level, meanwhile, are just guaranteed hotel rooms, berths that could be anywhere in a five county area extending from Keystone Heights in Clay County to Flagler Beach, all the way up to the Georgia border.

The effort to find hotel space is an eternal struggle for Jacksonville, which infamously used cruise ships for lodging people during the only Super Bowl the city has hosted. Thus, the lodging question has been a regional effort, with 10,000 rooms secured, at great effort from Visit Jacksonville.

“With an inventory of 18,000 hotels rooms in Jacksonville, getting 10,000 room nights was quite difficult,” Visit Jacksonville CEO Michael Corrigan told WJXT. “I can’t say enough good things about the counties that surround Duval County that jumped in.”

nextJason Maughan goes on TV in HD 76 with MAGA messaging