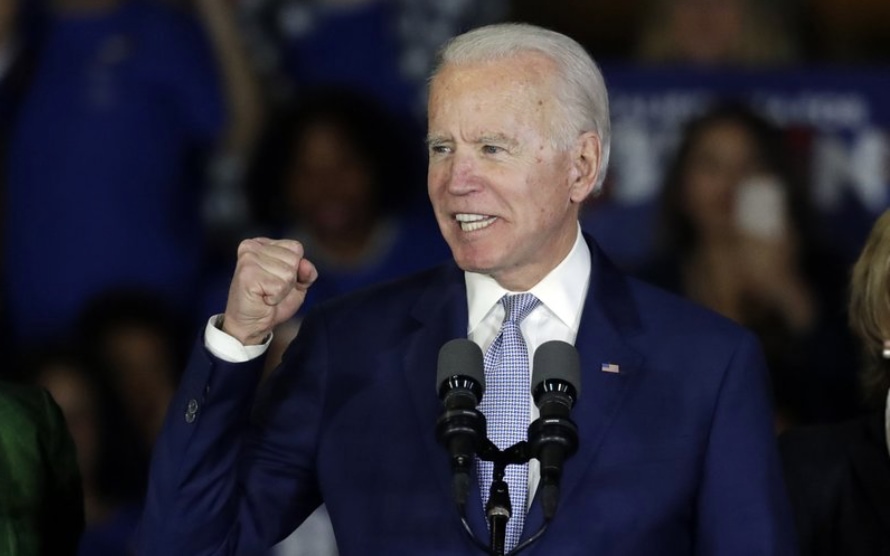 A new CNBC and Change Research poll puts Democratic candidate Joe Biden ahead of President Donald Trump in Florida by a 50%-43% margin.

That’s a 4-point jump from the previous version of the poll, taken two weeks ago.

The previous poll had Biden leading 48%-45%, within that survey’s margin of error. The newest version, released Wednesday, puts Biden’s lead outside the poll’s 2% margin of error.

Biden’s lead nationally is now at 10 points, according to the survey. The former Vice President leads Trump 51% to 41%.

Biden’s Florida fortunes are better than his odds in several other battleground states, according to the poll.

In Wisconsin, Biden leads by 4 points. In Pennsylvania, that lead drops to 3 points. Biden is up by 2 points in Michigan and North Carolina, while he leads by just a point in Arizona. Several of those results are within the survey’s margin of error.

While Biden’s lead has increased in the past two weeks, both surveys show Trump’s strength in battleground states relative to his overall national numbers.

Trump has consistently polled better in the states which will decide the election. That reality allowed Trump to first take office in 2016. He lost the popular vote but pulled out narrow wins in Wisconsin, Michigan and Pennsylvania.

Trump’s numbers have been consistently falling in recent surveys, however, amid social unrest and continued struggles to contain the novel coronavirus.

Both Trump and Biden show a -9 net approval rating. Trump has 44% approval with 53% of battleground voters disapproving. That split for Biden is 41%-50%.

Trump’s ratings are much more polarized, however. A majority of battleground voters — 51% — have a “very unfavorable” feeling about Trump. Another 36% feel “very” favorably.

For Biden, 43% of those voters feel “very” unfavorably, with just 22% saying they have a “very favorable” opinion.

A majority of battleground voters — 55% — also disapprove of the way the Trump administration has handled the COVID-19 outbreak.

Gov. Ron DeSantis is faring better in that regard. The poll found 53% of Floridians approve of the Governor’s COVID-19 response, while 47% disapprove.