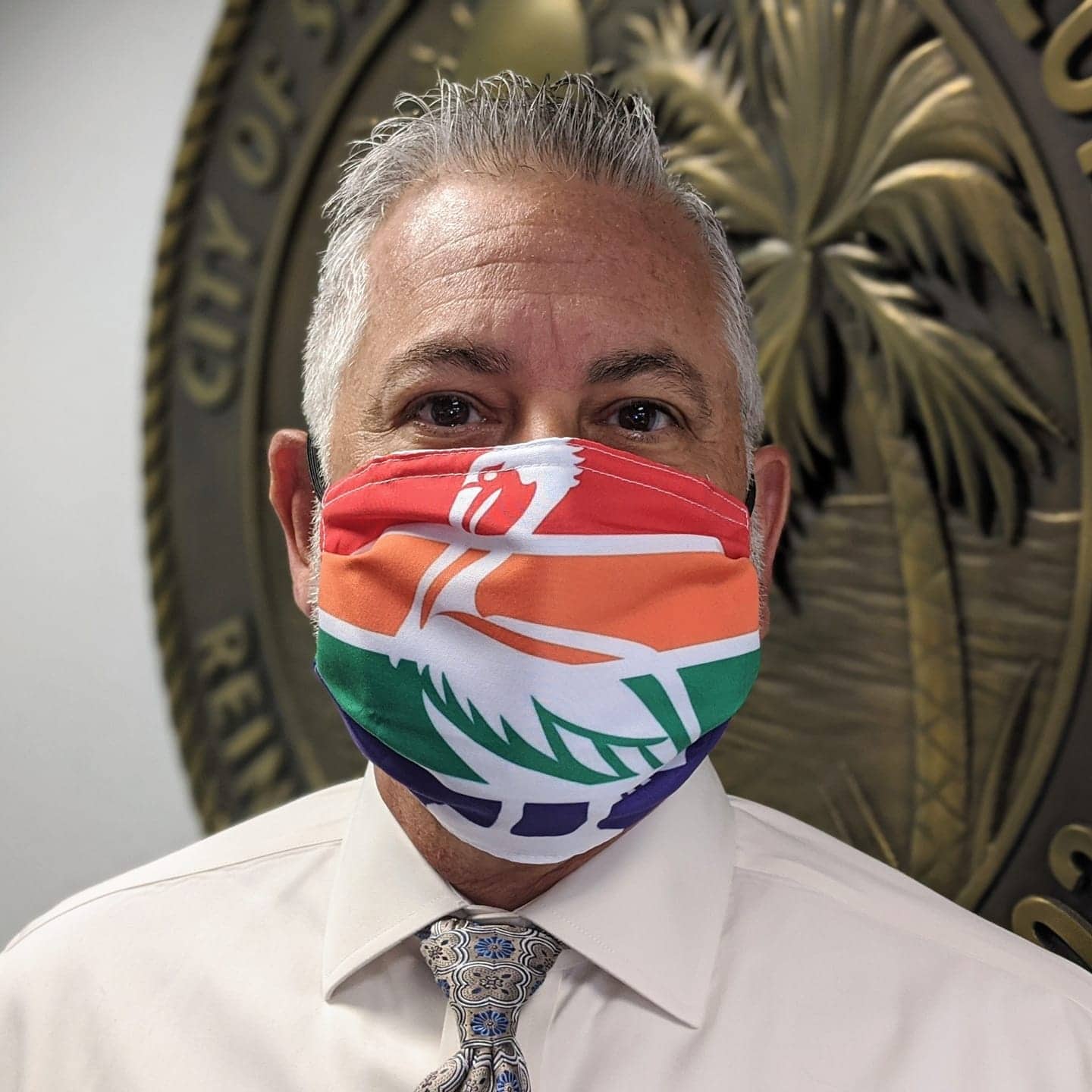 The Mayor also plans to issue a subsequent order requiring patrons to wear them too.

Responding to an ongoing spike in new coronavirus cases, St. Petersburg Mayor Rick Kriseman announced the city will mandate that employees wear face masks in all businesses in the city beginning Friday.

“Don’t expect to receive just a warning,” Kriseman said in a direct call to business owners and managers during a Wednesday Facebook Live address. “Violation of this order is a municipal offense and could result in financial or business operation related sanctions.”

Patrons who notice employees not wearing masks are asked to email the city at [email protected]. Complaints will be forwarded to the appropriate departments for enforcement action.

Kriseman is also asking businesses to implement a “no mask, no service” policy for patrons. He expects to have a citywide order in place soon to move that suggestion to a mandate.

Kriseman said the draft ordinance is still being written and doesn’t expect it to go into effect before this weekend, though he said refusal to wear a mask in public is a minor inconvenience compared to the deadly burden some could be faced if the novel coronavirus lands them on a ventilator.

As of Wednesday, state health officials reported 2,684 cases including 55 non-residents diagnosed in the area.

Tuesday’s 172 new cases set a record in the county and continue an upward trend in new cases, an uptick that largely coincides statewide reopening efforts including at the local level.

Community spread in the city is further evidenced in the demographics trending downward in age. The 25-34 demographic is by far the largest group affected by the virus with 548 cases. The next highest is the 35-44 group with 362 cases, a younger pool of virus victims than had been reported in the early days of the virus when tests were given predominately based on age and the severity of symptoms.

Now, anyone in Pinellas County can receive a test regardless of age, symptoms or potential contact with a known case. The change in testing and the resulting trends suggest many asymptomatic young people contracted the virus early on, but weren’t detected because of a lack of testing.

However, further evidencing community spread, several downtown bars and restaurants have temporarily shut down after employees tested positive for the virus. Those include Parks & Rec, Noble Crust, Trophy Fish, The Galley, the Pelican Pub, The Landing and Detroit Liquor.