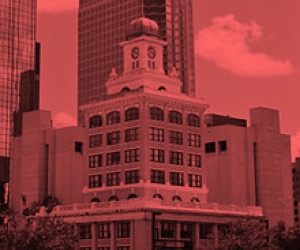 Gudes is not experiencing symptoms.

“I’m thankful that I was alerted by Mayor (Jane) Castor and was able to notify my colleagues from the Hillsborough County Black Elected Officials as well as my Tampa City Council members to advise each person to get tested. Without the Mayor’s notification, I probably would not have been tested because I do not have any symptoms of COVID-19. My parents are elderly and have health concerns and I’m thankful I was tested and learned my status so that I can keep them as healthy as possible,” Gudes said in a statement.

Hillsborough County School Board member Tamara Shamburger also tested positive this week. The two are believed to have been in contact with someone carrying the virus while conducting meetings with the black community over civil rights concerns stemming from the George Floyd protests.

That came after speculation a City Council member was among the “city employees” who tested positive, prompting City Council Chair Guido Maniscalco to cancel meetings this week. City officials were previously unable to confirm whether a member of Tampa City Council tested positive for the virus because of health privacy rules.

In a letter to City Council, Maniscalco said that “employees” had tested positive for the virus.

“As a result those City employees are required to either quarantine or undergo daily monitoring,” Maniscalco wrote.

He did not offer any details about the department the employees worked in or with whom they may have had contact, but the meeting cancellation suggests exposure was possible.

City Council members aren’t the only to attend meetings. City legal staff and representatives from various departments often are present to offer presentations or to be on hand to answer questions.

The Health Insurance Portability and Accountability Act of 1996 prohibits doctors or others from sharing health data and diagnoses without a patient’s consent.

Under that federal law, the city is barred from releasing health information, though an individual, elected or otherwise, could voluntarily share the information.

Hillsborough County is in the midst of a new surge in coronavirus cases. The Florida Department of Health reported 220 new cases Wednesday, down from 246 Tuesday, but still a significant increase over the 54 cases reported two weeks ago. Over the past two weeks, new cases have only been less than 100 on four days. Three of the past four days have seen more than 200 new cases.

The county now has 4,610 reported cases since the virus first appeared in Florida in March. Hillsborough County has the highest concentration of cases outside of South Florida.