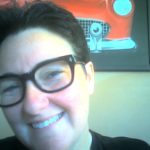 Just two weeks ago, some in the student body at Florida State University called for Jack Denton‘s ouster as Student Senate President.

Denton, an observant Catholic student, questioned a list of organizations to whom students can support in the wake of the George Floyd homicide. His replacement Ahmad Eldeek Daraldik, a Palestinian and a student member of anti-Israel group Student for Justice in Palestine, oversaw the Denton vote of no-confidence and replaced him.

Denton initially raised concerns about having some groups included in a list of organizations to support. He did so in a private message that was made public and widely circulated.

Two students wrote an opinion piece in the student publication Spire Magazine calling for Denton’s removal and encourage students to attend the June 5 vote of No-Confidence in Denton. Daraldik was at the helm of the Student Senate and was vital in facilitating Denton’s departure.

Why were Denton’s comments unconscionable, but Daraldik’s not a deal-breaker?

Denton questioned a list while Daraldik proudly proclaimed #FuckIsrael, created a website that compared Israeli’s to Nazi’s and proclaimed he could not be anti-Semitic because he was Semitic.

Drawing comparisons of contemporary Israeli policy to that of the Nazis, constitutes as a violation of the IHRA working definition of antisemitism. 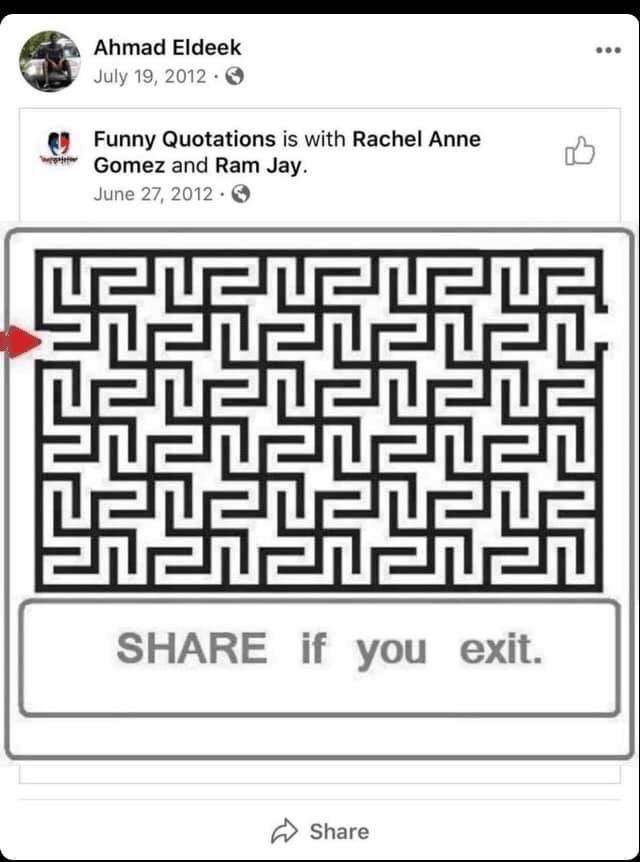 Daraldik is unapologetic about his view on Israel. While he does acknowledge the Holocaust occurred, he goes on to compare the extermination of 6 million Jews to the treatment of the Palestinians. Making comparisons of Jews in Israel to Nazis is a violation of the International Holocaust Remembrance Association’s Definition of anti-Semitism. 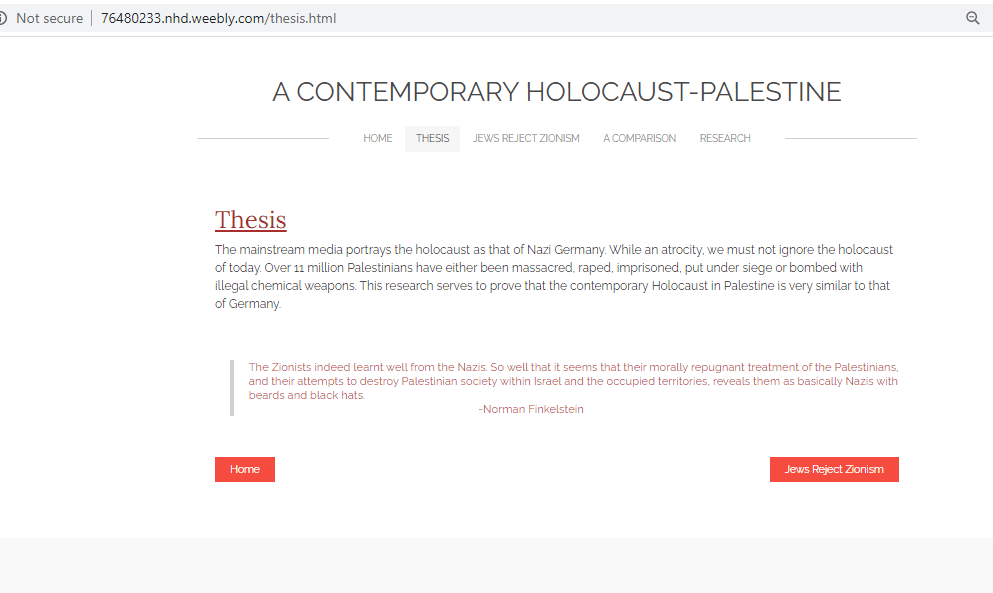 “The Holocaust never ended; it just moved to Palestine …”

His website written two years ago is a comparison and deposition of Israel and comparisons to Nazi-ism. He says his research is to prove that the contemporary Holocaust in Palestine is very similar to that of Germany. ” He spends several pages comparing Nazis to Israel using a similar picture in Organ Harvesting, treatment by the police. He resembles a tunnel dug from Gaza to Israel for attacks, smuggling, and illegal entry to the Warsaw ghetto systematic extermination of Poland’s Jews. 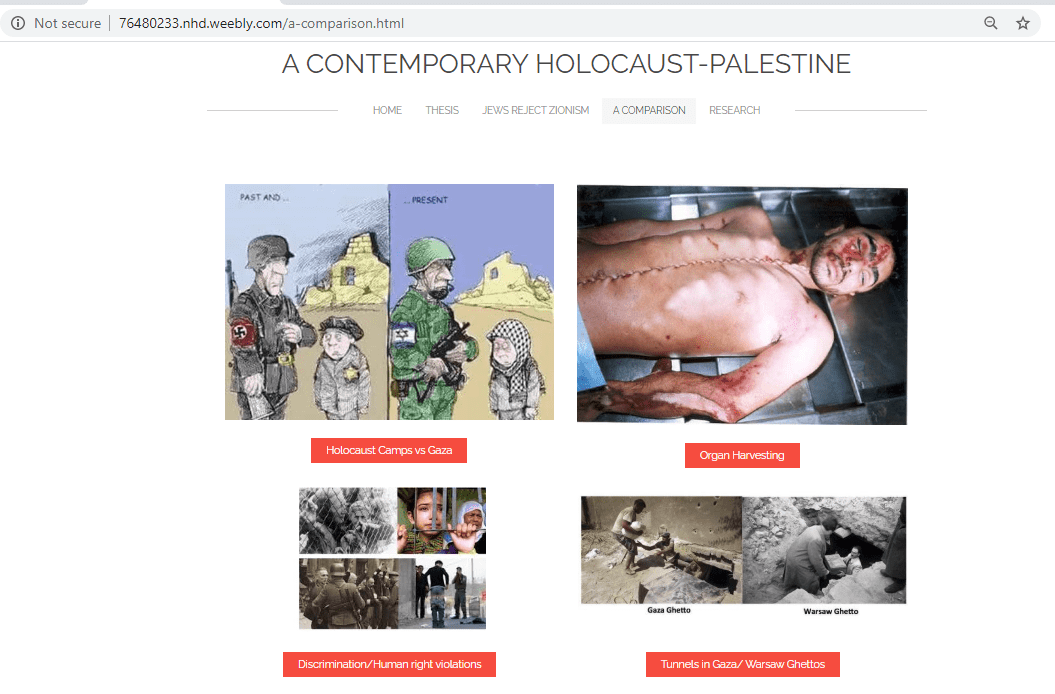 Making claims that Jews reject Zionism is incorrect when research would have taken him in another direction, showing overwhelming support of Israel among Jews in America as high as 95%. While there are notable divisions among specific Israeli policies, for example, settlements, support for the state of Israel is solid.

The lack of curiosity and skepticism is shocking in both the FSU students and the faculty who accepted a propaganda photo that Daraldik had posted. The photos were shared over the FSU Class of 2022 (Official) Facebook page.

A quick internet search would have shown the photo to be a fake.

Daraldik claims in a 2013 Facebook post, that this is a picture of a child and an Israeli police office. A claim that is reiterated in the letter from Students for Justice in Palestine that was signed on to by students and faculty, including the FSU College Dems.

It might be allowed to excuse a then young Daraldik from knowing the difference between a fake photo and the real thing it is another matter entirely when college-age adults and students cannot identify propaganda, the original fake news.

It should be embarrassing to be duped by such an obvious fake, but this does not seem to bother the students of FSU who signed on to the petition.

A Facebook photo from 2013 of an alleged Israeli soldier stepping on a Palestinian girl’s chest with a gun pointed at her head, on which Ahmad commented, “stupid Jew thinks he’s cool.” The photos have been debunked but have made the internet rounds for years.

A simple Google search would have revealed the full photo that shows it is a performance and the news article that documented the story in a major newspaper. 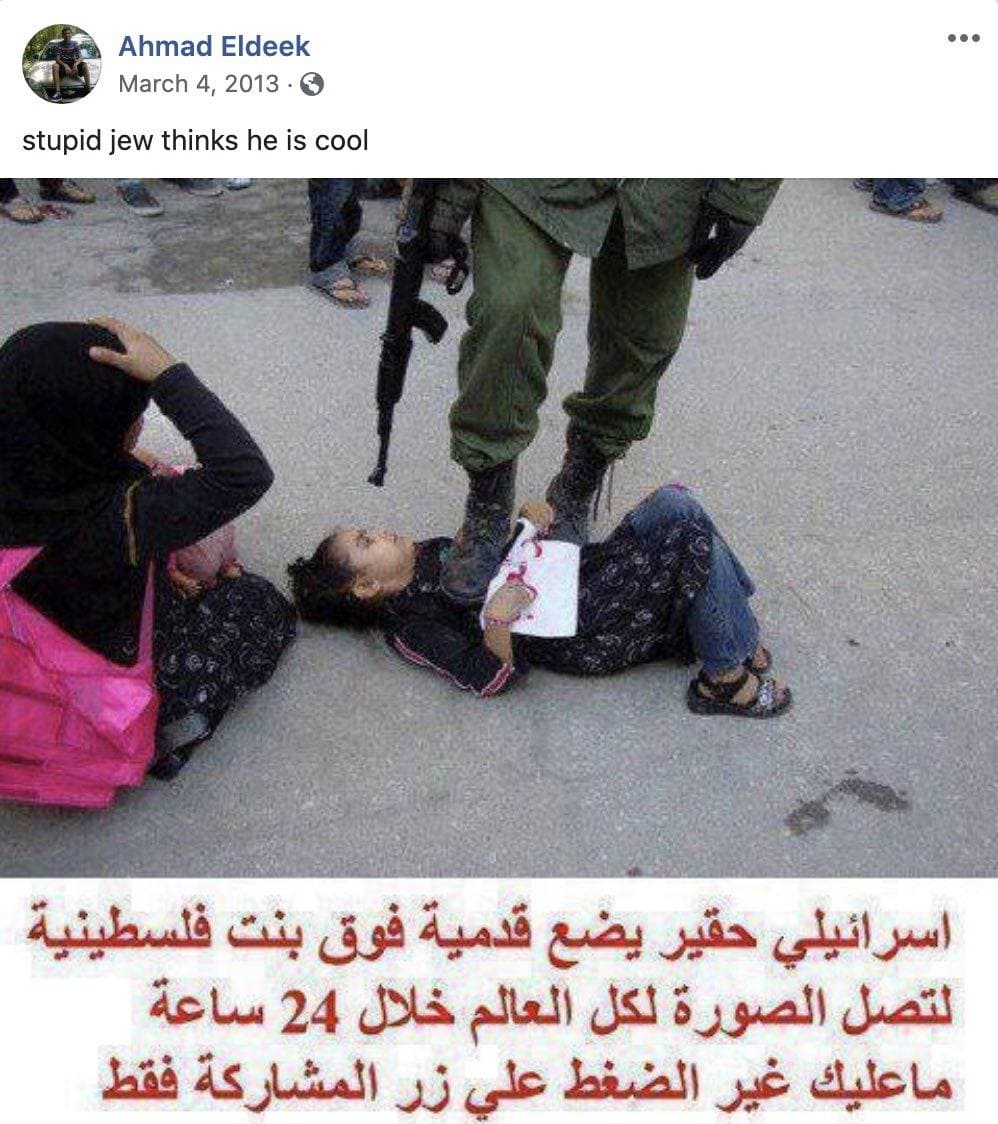 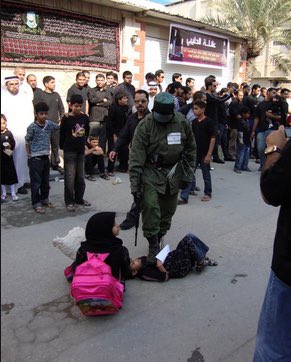 The student body was similarly unconcerned with the validity of the photo. Students so easily moved by propaganda might need a refresher course in critical thinking and maybe some in United States history.

We might also remember that the Florida State University, attendees are called the Seminoles, after the Seminole Native American tribe who occupied the land before Florida was annexed by the United States, in 1845.

While Denton’s comments were considered grounds for removal, many of the same groups cheered support for Daraldik, including signing a lengthy statement circulated by Students for Justice in Palestine.

Hannah Llende, executive director of the Pride Student Union, told the FSViev and Florida Flambeau. “To have an elected and paid representative express such hatred is just another example of how we aren’t done fighting for our right to be treated like we matter. ” It is clear that having Student Senate leadership represent their view is critical, and inclusion is essential. 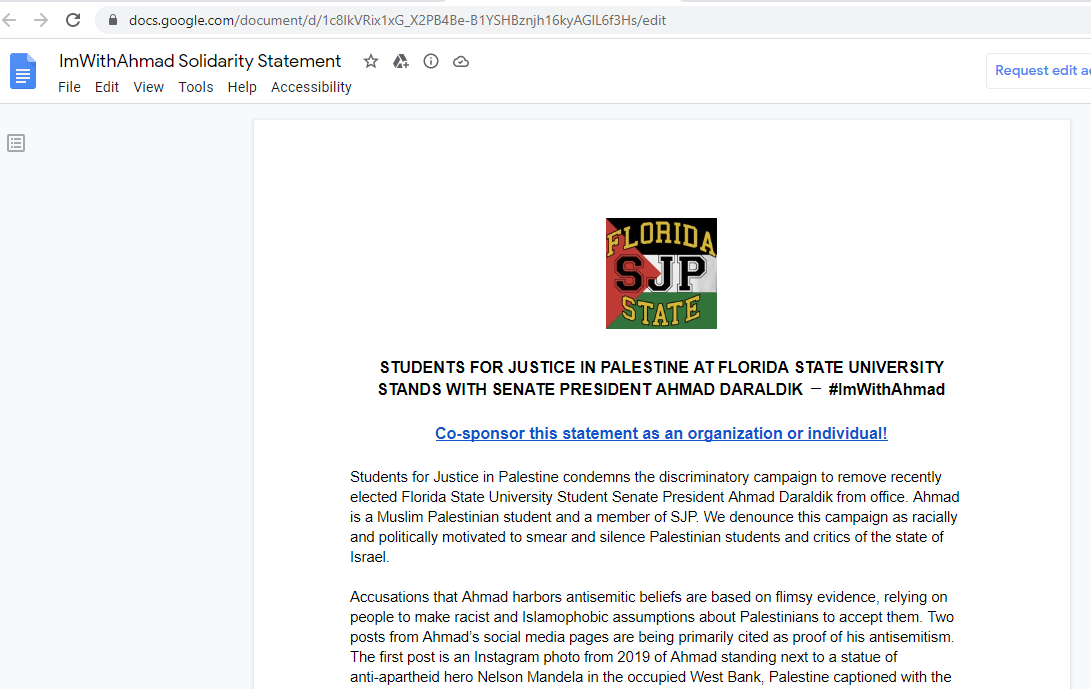 “It was the first time I had felt unsafe in the Senate,” Gerdts continues “I didn’t feel like I had a voice that was safe there, and that is why I knew we had to stand up and say something.” Similarly, Sen. Leckie said, “It’s important that we do things that represent everybody in the student body, and I think that we should listen to what people who are truly affected by this have to say.”

The other signers of the Students for Justice in Palestine support statement, might not be aware of their campus chapters signing the statement in support of Daraldik, One of the organizations that had their name on the petition was the American Society of Civil Engineers. They informed me they had no knowledge of the document at the national or student chapter level, subsequent drafts of the statement had their name removed.

The College Democrats, part of the national Democratic Party have not responded for comment on their support of Daraldik in the FSU chapter. How many other organizations had members who added their names to the statement without clearing it with the national headquarters?

The FSU College Dems denounced Denton posted a scathing letter and the following comment on their Facebook page: “We are disgusted by the comments made by the FSU SGA Senate President Jack Denton, and we call for his resignation.” 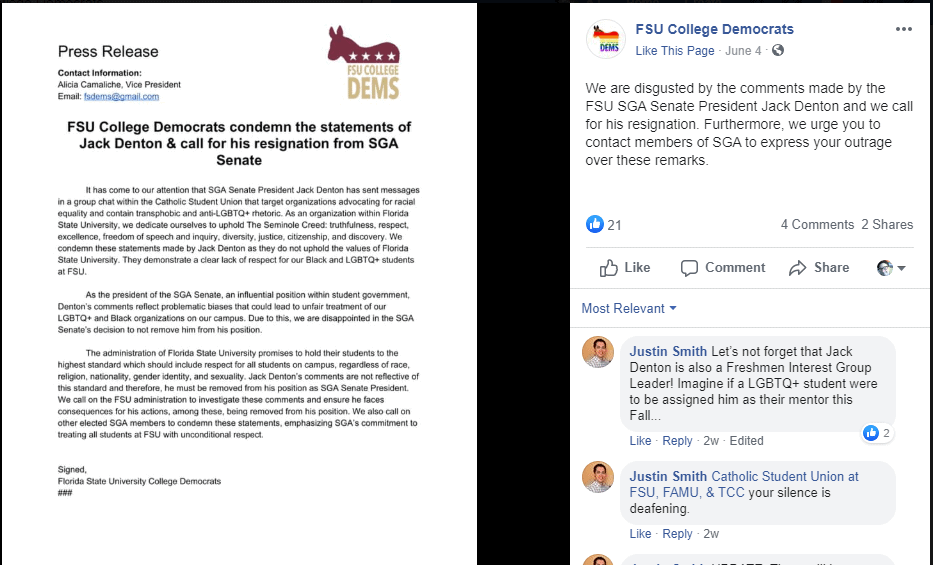 FSU College Dems would not denounce Daraldik for his anti-Semitic comments. They would instead sign a statement of support on keeping Daraldik. The letter excuses Daraldik’s comments as youthful indiscretions.

It’s use led to the separation of Marc Lamont Hill from CNN.

To be a Jew at FSU

Jews comprise 12 % of the student body at FSU, according to the Forward College Guide for Jewish students. With a thriving Hillel House and Chabad center, Jewish students reported a wonderful campus life where everyone knows each other.

A parent might wonder if any of the groups who signed onto the statement in support of Daldik would welcome their Jewish student if they refused to denounce Israel.

What do Jews on campus think of Daraldik at the helm?

Cindy Chamides — president of Noles for Israel — told Campus Reform: “What I can’t accept is someone elected to represent students saying and writing things that are blatantly antisemitic.” She added: “For those of us who are descended from Holocaust survivors, it’s especially painful for an elected leader to lie about and exploit what our families went through for his political agenda. He needs to take responsibility, step down, and learn from his mistakes.”

“As a member of the Jewish community and FSU’s student body, Ahmad should be impeached, as his posts personally disgust me and his remarks are offensive. Ahmad has expressed that he wants to give a voice to everyone and respect every one of their nationality, sexuality, race, and gender. Still, in reality, he is proven hypocritical in his words.” — Samuel Freed from Winter Park on Facebook.

“Jewish and Christian students who identify with the state of Israel are undoubtedly feeling deeply disappointed by the outcome of yesterday’s no-confidence vote, which reflects a disturbing double standard. After all, just a few weeks ago, the prior student senate president was unseated after it was revealed that he had made some controversial private messages about Black Lives Matter. Yet, Mr. Daraldik’s offensive internet postings were public and, even more, problematic than the posts, he has curated a virulently anti-Israel website that unequivocally crosses the line into anti-Semitism. The message this sends Jewish and pro-Israel students is that all communities on campus will be protected and supported, except for them.”.

Two separate petitions were being circulated to remove Daraldik on change.org with 6.556 have signatures and another on condemahmad.org. 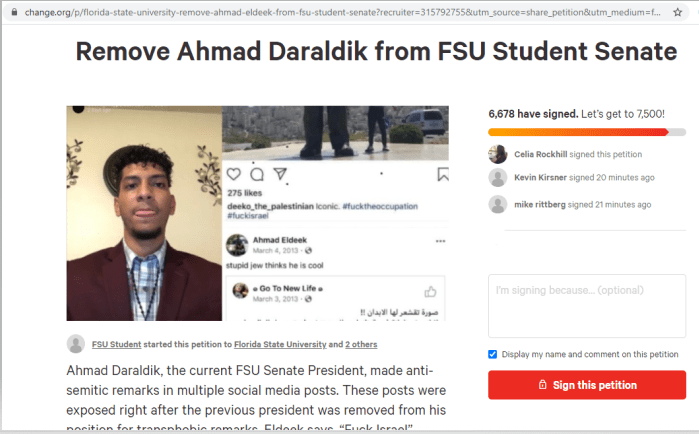 While Daraldik has survived the latest no-confidence vote and will remain the Student Senate President, the rancor and animosity that students were lobbing at each other over Facebook and in-person will not go away so easily.

FSU President John Thrasher issued a statement denouncing anti-Semitism and anti-religious bias Daraldik had espoused, representing 22% of the student body who identify as Catholic or Jewish:

“Anti-Semitism and religious discrimination have no place at Florida State University. I am aware of a controversy involving the FSU Student Senate President who has posted offensive anti-Israel rhetoric online. I want to take this opportunity to unequivocally state that we will not tolerate discrimination against groups or individuals.

“I understand that some Jewish students and their families, as well as some faculty members, are upset and concerned and want to be sure that FSU remains a community that embraces them. I want to pledge to them that we will stand behind our university’s stated vision of fully valuing and respecting every student, faculty, and staff member.”

In response to Thrashers’ statement, one student posted:

Thrasher’s statement makes clear his intention to monitor the situation, but college is about learning and this might be a teachable moment for the students about getting all the facts keeping an open heart and learning from history.