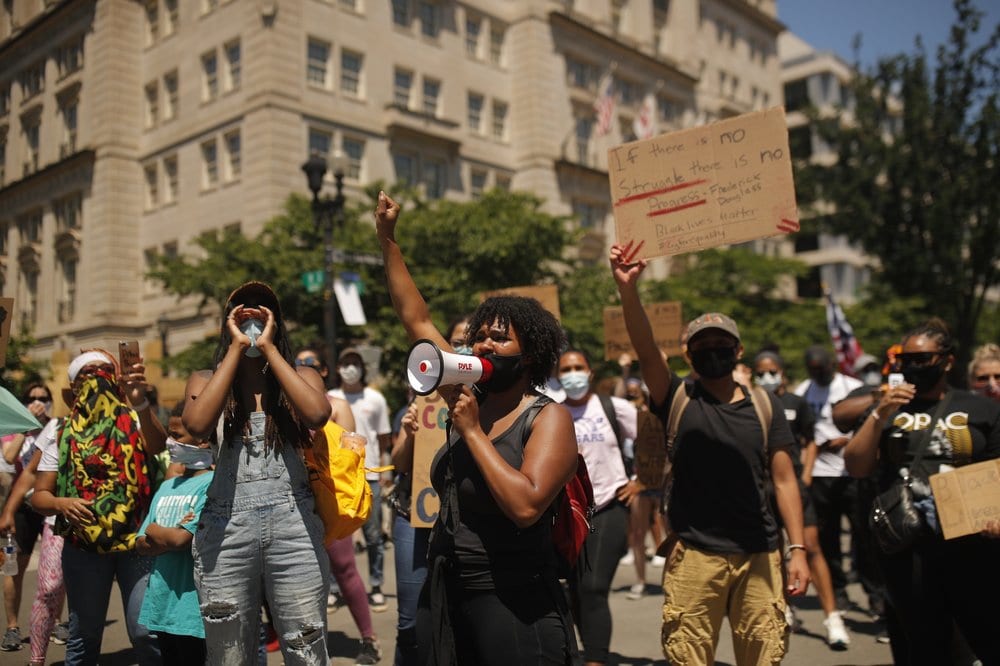 COVID-19 case rates continue to set new records daily, with massive jumps in the rate of positive diagnoses as the median age of positive tests continues to skew younger.

Gov. Ron DeSantis, addressing the media in Miami on Friday, suggested a “correlation” between protests in the weeks after the police slaying of George Floyd and the current increase in cases.

“I certainly have not had my Department of Health substantiate the claim that protests are driving the figures with younger people,” DeSantis said, adding that “obviously there’s a correlation there.”

“I do think when people see that, and let’s be clear, nothing personal against anyone here. We had months in this country when someone walked on the beach they were shamed on social media,” DeSantis said. “When the protests started happening, you had massive demonstrations of people.”

“Some of these were twenty, twenty-five thousand people. All of a sudden, the social distancing took a back seat to social justice.”

“There was a lot of mixed messages that came out, particularly from public health officials,” the Governor added. “Where they basically said we support this type of protest, but not something else.”

“People wonder why is it OK to do one thing but not others,” he continued, saying advice was “thrown out the window.”

“People got frustrated,” DeSantis said, adding that he doesn’t think they “begrudge” protesters.

“That kind of sent a message that we’re on to other things … we kind of moved on from a media perspective,” the Governor added.