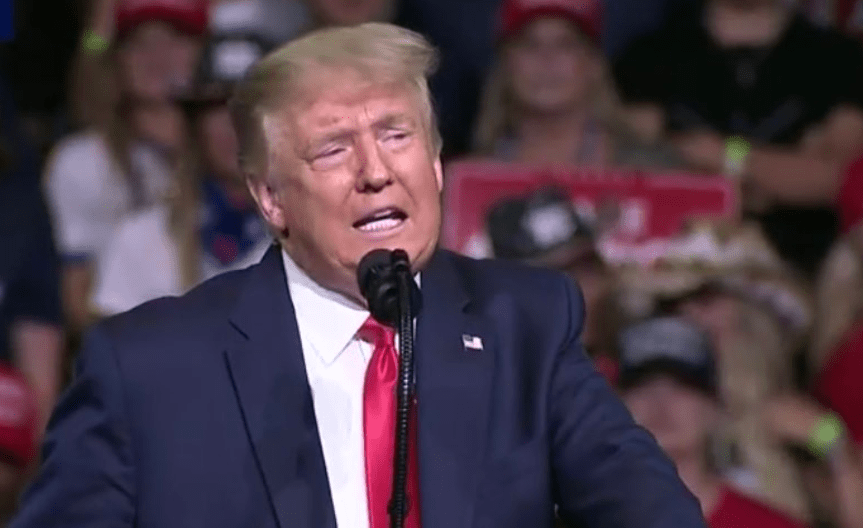 But the house wasn’t full, and the campaign’s claim that a million tickets were moved emerged somewhere around 990,000 short.

The President advanced that proposition. “Thugs” scared his crowd away, he said, blaming the “fake news” and “some very bad people outside” for the depressed draw.

The President said they were “thugs” and “maniacs” and their violence led to curtailing outdoor events.

He also discussed insurrection in Seattle, with the “radical left Democratic Governor” to blame.

“Let it simmer for a while. Let the people see what radical left Democrats will do to our country,” Trump said, discussing a pattern of property destruction and attacks on cops, with “the radical fake news saying what a beautiful rally it was.”

The President, despite a break from rallies for months and the light crowd, was in 2016 form.

He claimed to have done a “phenomenal job” fighting the “China virus” and “Kung Flu,” suggesting that his administration slowed the testing down because he didn’t like the numbers.

Trump delivered remarks in an arena where masks were about as visible as Black Lives Matter shirts, with frequent USA chants amid complaints about “desecrating our beautiful monuments” and “tearing down our statues.”

“If you want to save that beautiful heritage of ours, you’re lucky I’m President,” Trump said, describing defilements of statues of Thomas Jefferson, George Washington and Christopher Columbus, canonical figures amid historical reconsideration in recent weeks on American streets.

“If you burn the American flag, you go to jail for one year,” Trump suggested as a law, proposing a prohibition of “desecration.”