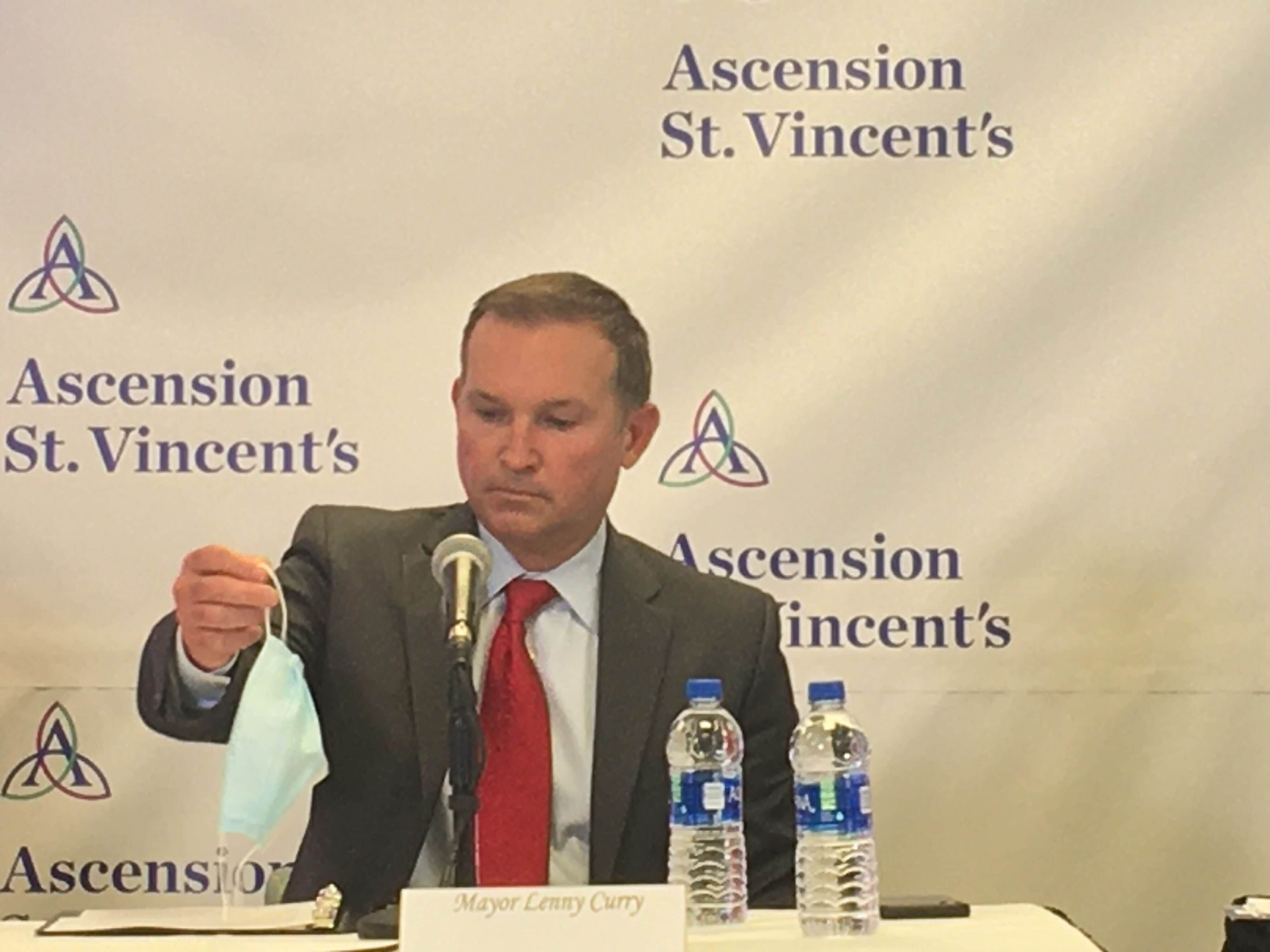 In the wake of a Sunday night tweetstorm that saw Mayor Lenny Curry bemoan “irresponsible reporting” suggesting Jacksonville faced a surge of COVID-19 hospitalizations, he faced media Monday on a Zoom call.

Curry, whose city is preparing to host the Republican National Convention, is finding COVID-19 to be persistent. The positive testing rate of 8.9% from Sunday was actually good news, down from 10% the day before.

Despite the increased rate in positives and the looming convention, Curry will not issue a mask order.

The Mayor admitted that “people in crowded bars … on crowded streets aren’t wearing masks and are ignoring social distancing.” However, Curry won’t make masks mandatory as has been done elsewhere.

“It’s not an efficient use of resources,” Curry said, even as other cities do have mask orders.

Curry noted “quite a bit of time” before the RNC, suggesting that there will be “temperature checks and other protocols,” but seemed to suggest that’s enough.

Beyond the mask issue, a good portion of the call went toward media critique.

“Our local media has by and large covered the facts despite the sensationalism of the national media,” Curry said, a trend breached in recent days.

“There was a headline about a hospital being at full ICU capacity over the last week,” Curry said, a claim that “couldn’t be further from the truth.”

“Our numbers are up,” Curry conceded, saying that hospitalizations should also be reported by the media, though it’s uncertain how ICU capacity could be reported giving authorities not releasing the data.

The Mayor said the Emergency Operations Center has “daily” contact with local hospitals, with the Mayor talking to leadership, but “in terms of individual information” for hospitals, his office wouldn’t provide that information.

The Mayor said 14 COVID-19 intensive care patients are in Duval, with ICU at 68% capacity.

However, the city can’t publish that data because of HIPPA, Curry lamented, even as Miami-Dade (another hotspot) does provide such data.

Media members were encouraged to contact hospitals for verification of the claim.

“The percent of positives,” Curry said. “You cannot calculate that number accurately … it’s not an accurate number.”

Curry distinguished between testing date and the date testing data is released, saying “the math doesn’t add up.”

“We do know that more people are testing positive,” Curry allowed, stressing that he has emphasized “cumulative” over “daily” averages because of the fuzzy math.