With his choice of words and subsequent silence, Weinstein actually said quite a lot.

Words matter. Particularly when coming from those in or seeking public office.

That’s why we’re asking Michael Weinstein, candidate for HD 81, to hold his own words to account.

In a recent Facebook post and news release, Weinstein describes his fundraising lead over primary opponent Kelly Skidmore as “20 to 1 in both number of grassroots donors and funds raised.”

That’s incorrect and deceptive in multiple ways. As we reported here, the majority of Weinstein’s donations are from personal loans and immediate family members. It is egregious to portray these “grassroots.” If you eliminate family funds, his lead over Skidmore in the first reporting period was closer to 5 to 1 — four times LESS than what he said.

Weinstein, who comes from a politically connected fundraising family, knows the definition of “grassroots” and knows that what he wrote is wrong.

Yet, when multiple members of the public asked about this several times over the past week, Weinstein chose to delete and hide their comments, failing to correct his words or math.

One Facebook commenter shared that after Weinstein deleted her questions, he sent her private messages, insisting that they talk privately, by phone. She declined, saying she prefers to keep her interactions with public figures “in the sunshine” or in writing where these things belong. He refused to do so and again asked to speak by phone.

She felt intimidated and confused by this.

Why would he not just correct his words — or correct her if she was wrong? Why the need to stretch the truth when it was already in his favor?

Misrepresentations are as damaging to public trust as ‘fake news’ — these days, maybe even more so.

When misrepresentations are then compounded by an apparent unwillingness to engage with the public or explain oneself — that’s where voters should draw the line.

With his choice of words and subsequent silence, Weinstein actually said quite a lot. 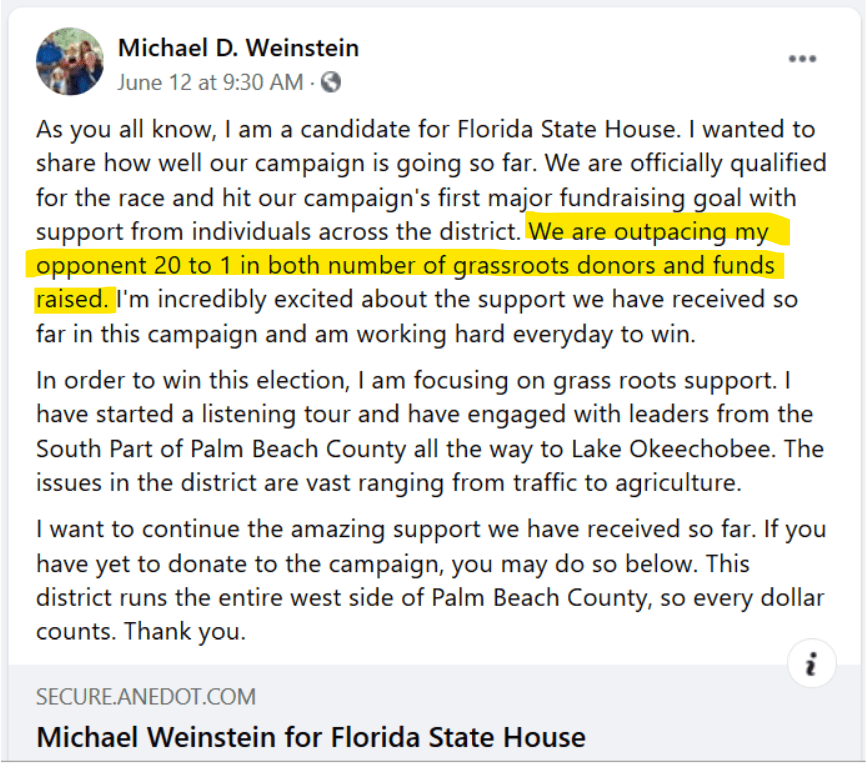 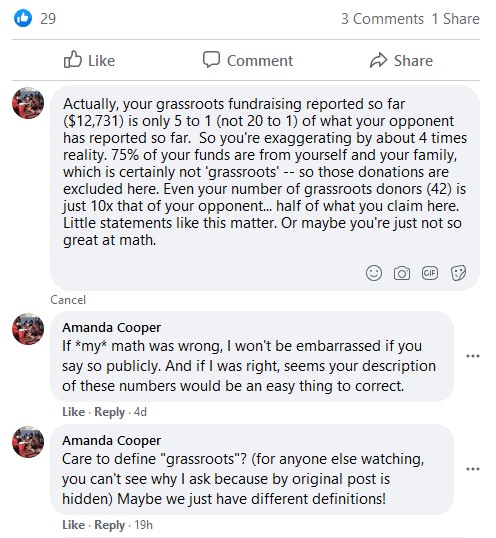 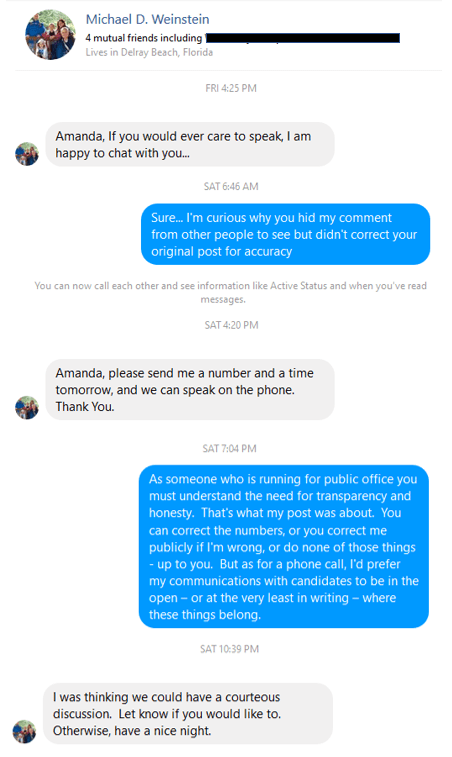 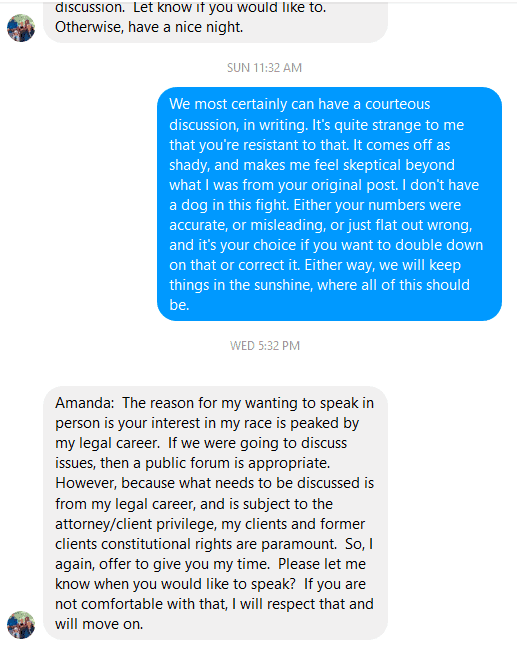 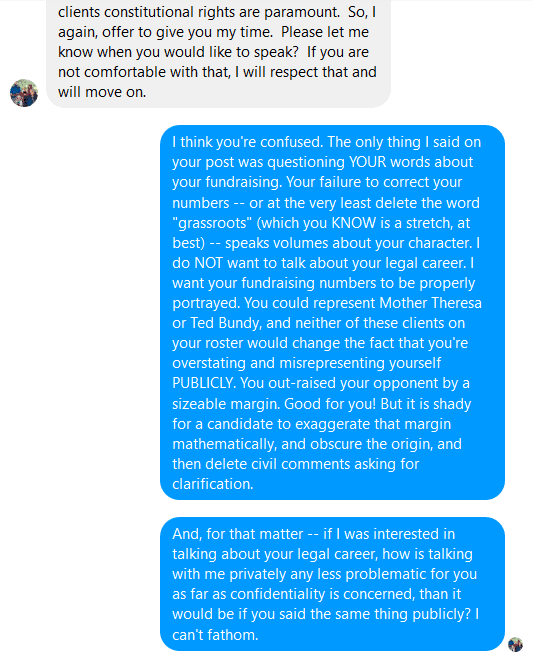 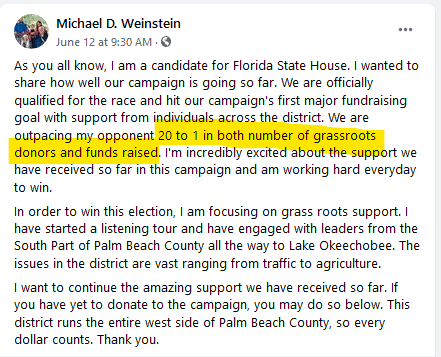 previousSunburn — The morning read of what’s hot in Florida politics — 6.26.20