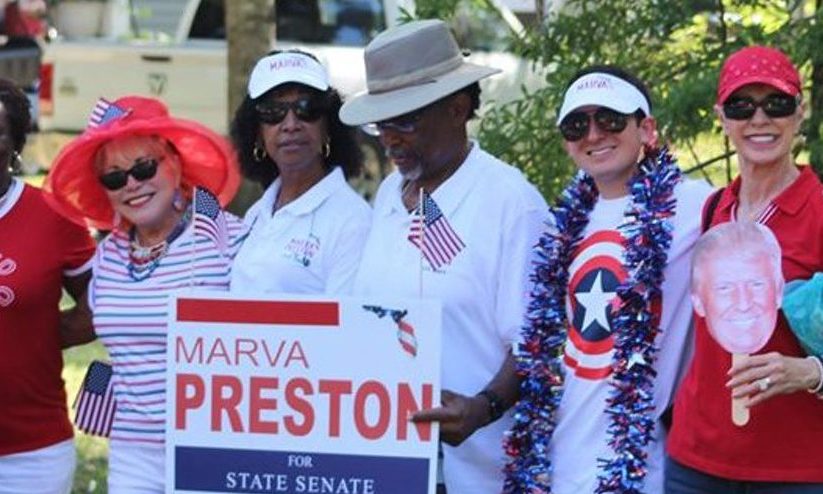 “Marva Preston possesses a genuine sense of responsibility for the people of North Florida, the challenges they face and the opportunities they deserve,” DeSantis said in a news release.

“I am proud to endorse Marva because Florida’s hardworking families deserve an advocate in the Senate who won’t stop at good enough, but will instead fight for more.”

“Governor Ron DeSantis has led admirably in these uncertain times, prioritizing the health and safety of Floridians while working to reopen our economy,” said Preston, an ordained minister and former homicide detective.

“I am honored to have Governor DeSantis’s support and look forward to working with him to give voice to the issues that matter most in North Florida – growth, opportunity, and preserving and protecting our environment.”

Preston faces Benjamin Horbowy in the Aug. 18 primary. The winner will go up against Democratic Rep. Loranne Ausley in November.

Ausley has been campaigning for the seat for nearly two years and has built a sizable campaign fund to stave off a potential upset.