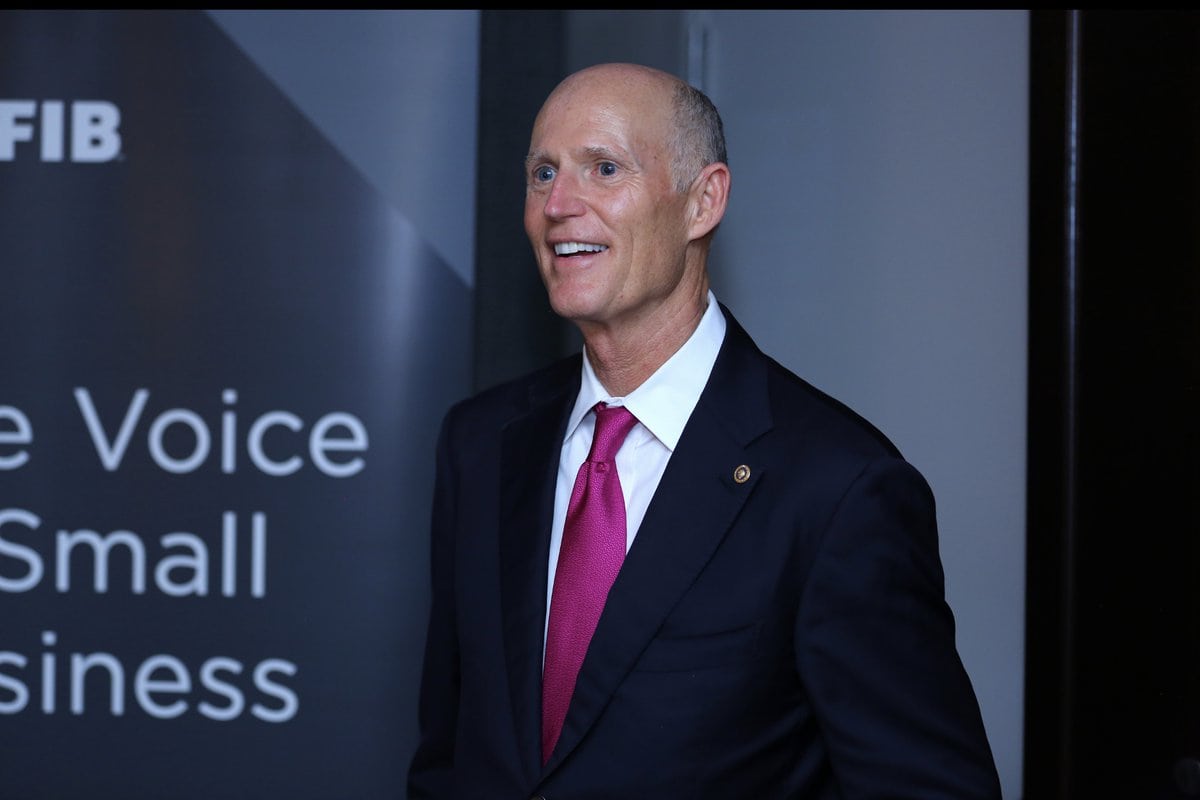 Senator wouldn't take the bait, but dropped a hint.

U.S. Sen. Rick Scott was cagey when asked if the presumptive Democratic presidential nominee Joe Biden was slipping based on a recent spate of verbal gaffes.

Despite repeated questions, including at least one “shaking the cage” style follow-up from conservative radio host Hugh Hewitt on Friday, Scott wouldn’t go as far as President Donald Trump did in saying Biden’s mind isn’t what it once was.

Trump, when told Biden said 120 million people died from COVID-19 (a gaffe the candidate corrected immediately), said Thursday to Sean Hannity that was a “serious error,” adding that “something’s going on” with Biden’s mind.

Scott, however, demurred from such a read, seemingly not concurring with Trump and Sen. Marco Rubio, who suggested the Delaware Democrat suffered from “memory loss.”

“I don’t know Joe Biden but what I do know is he’s wrong on the issues,” Scott said. “I don’t know him well enough to talk about his abilities.”

Hewitt wouldn’t take that redirection, a tactic honed by Scott during his eight years as Governor, and asked him “straight up,” but still didn’t get the quote he wanted.

“You’ve got to be on your game every day,” Scott chided, adding that even if Biden weren’t, a lapdog media would likely cover.

“The media’s all in,” Scott noted, comparing the treatment of Trump to his perspective on how media treated him when challenging Sen. Bill Nelson, a political lifer like Biden who Scott’s campaign contended was too old, ineffectual, and out of touch to remain in Washington.

“Look at the standard, it’s so different,” Scott said, framing a revisionist history that “Nelson would do a gaffe every time he did an interview so he’d stay home.”

In fact, as the campaign coincided with hurricane recovery, Scott was concentrating on relief efforts, avoiding the scrum of the campaign to focus on disaster management. That had the effect of pausing parts of the campaign, even as the Senator continued to carpetbomb Nelson with ads ahead of what was a very narrow victory.

In that context, Scott doesn’t think Biden will “engage the press,” and that the press will let him get away with it.

Despite adverse polls and an adversarial press, Scott thinks Trump is “going to win” Florida, noting public polls are off “four to seven points.” Indeed, polls in the 2018 race showed as much as a seven point deficit for the Republican.

Recent polling shows the margin somewhat bigger than that, including a Fox News poll released Thursday night that showed a nine point spread.

previousDonald Trump zeroes in on base to overcome reelection obstacles