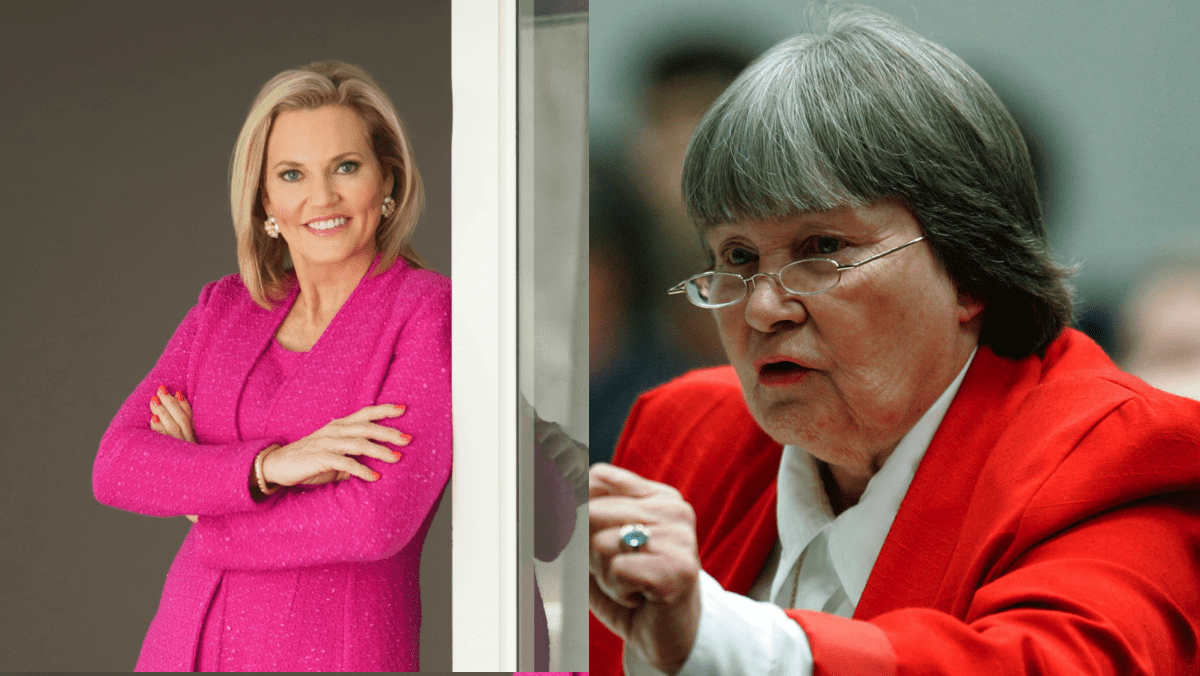 The GOP primary in Southwest Florida has quickly turned bitter.

In multiple emails sent to National Rifle Association members and other Second Amendment advocates, she portrays Fitzenhagen as a traitor to conservatives. She ties the sitting House member to incoming Senate Democratic Leader Gary Farmer, asserting the Democrat has Fitzenhagen’s vote for Sentae President

“For Rep. Fitzenhagen to support a Senator who is known to be an aggressive opponent of the Second Amendment and the rights of law-abiding Floridians is an act of betrayal that cannot be tolerated by her party, law-abiding gun owners and constituents who value freedom in Senate District 27,” Hammer wrote in an email blast.

“As far as guns go, I have a strong record in the House,” Fitzenhagen said. “I don’t know where this is coming from, but it is again, complete fiction,” she said.

But it’s further demonstration of the resistance Fitzenhagen has faced since her last-minute entry into the Senate primary after campaigning for Congress for months.

Fitzenhagen faces fellow House member Ray Rodrigues, a former Republican Majority leader who announced his candidacy last year and has lined up countless Tallahassee and local sources. He’s been endorsed by Sen. Wilton Simpson and other GOP leaders in the Senate.

In this case, what upset Hammer was a Politico interview in which Fitzenhagen only said she “would strongly be inclined” to vote for Simpson to be the next Senate President. Simpson carries the title of Senate President-designate now based on the presumption the GOP holds the chamber in November.

Politico also reports based on unnamed sources that Farmer said in multiple private meetings he expects Fitzenhagen to support him for President if the election produced an evenly divided 20-20 Senate.

That report followed a Florida Politics article, also based on unidentified sources, Farmer tried to pressure Democrat Rachel Brown not to run in District 27. If she were to drop out, the Republican primary would be open to all voters, including Democrats and independents. That would presumably benefit Fitzenhagen.

“Gun owners and Second Amendment supporters were alarmed and feared when Heather Fitzenhagen voted for a massive gun control bill in 2018 that she was a fake Republican and that it wasn’t “a one-time-thing.” Hammer wrote. “Well, now we know – her later actions have confirmed that she’s a betrayer who can’t be trusted.”

That prompted Fitzenhagen to tell Florida Politics she “absolutely” will vote for Simpson. “I have no intention of voting for anyone who is not a Republican,” she said.

“That is no different from having NRA’s endorsement and highest rating in 2014 and 2016 then turning around and voting for a massive gun control bill in 2018,” Hammer wrote.

“I voted for a compromise bill worked on diligently by the House and Senate in a bipartisan way to help our school children to be safe,” Fitzenhagen said. “It had many good things. Unfortunately there were compromises but you have to work for compromise and I voted in favor of the bill.”

Among concessions that made Fitzenhagen uncomfortable, she said, was raising the age to purchase a firearm from 18 to 21.

But more than known disagreements with the NRA on the Parkland bill, Fitzenhagen said it made no sense for the NRA to attack her when Rodrigues also backed the legislation, passed in the wake of Florida’s worst school shooting ever.

“This compromise is what we needed to do and what almost everyone did, including my opponent,” Fitzenhagen said.

Hammer said the one vote can be viewed as a step in a series of devious behavior. Ultimately, any potential to elevate a gun control advocate like Farmer showed Fitzenhagen a much greater threat to gun rights than Rodrigues, Hammer said.

“The latest actions of Rep. Heather Fitzenhagen clearly demonstrate a continuing betrayal of gun owners and Second Amendment rights,” Hammer told Florida Politics. “We now know that with Rep. Fitzenhagen the Parkland bill was not a one time emotional betrayal but the beginning of an alarming pattern of anti-gun actions.”