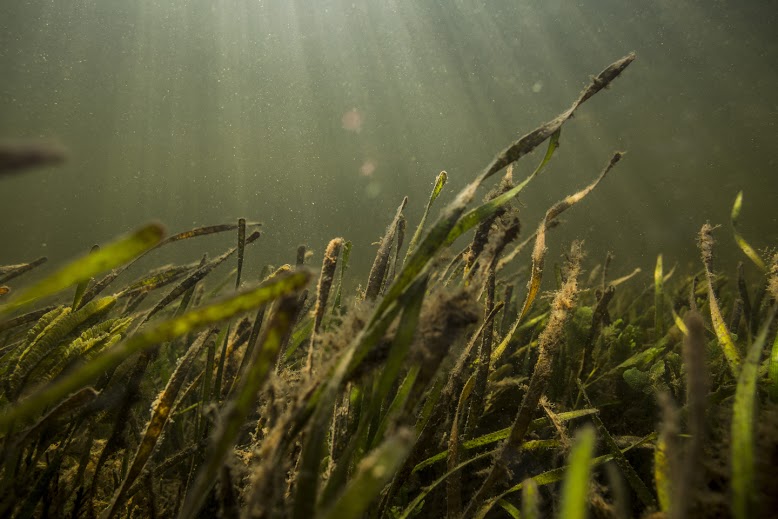 Turtle grass with GFA algae growing can be seen in the shallow waters between the mangroves in the St. Martin’s Marsh Aquatic Preserve on May 14, 2019 in Crystal River. Photo via Charlie Shoemaker for The PEW Charitable Trust

Florida Aquatic Preserve Act of 1975 protections should ensure no utility infrastructure or pollution get dumped into the area. This is Florida’s 42nd aquatic preserve.

That’s important to protect some 400,000 acres of seagrass in the new preserve, which provides a valuable ecosystem for manatees and other sea life.

The Pew Charitable Trusts said this preserve provides a particularly important environment for approximately 70% of the species fishermen target in Florida, including redfish, grouper and tarpon. The area also serves as home to sea turtles, scallops, crabs and shrimp.

“The Nature Coast Aquatic Preserve is a win for the economy and environment that will safeguard valuable marine resources and support fishing, scalloping, and tourism businesses for generations to come,” said Holly Binns, director of The Pew Charitable Trusts’ ocean and coastal conservation work in the Southeast.

It also further establishes a reputation for the Republican Governor as an environmental champion.

The land should also protect the offshore region from drilling. Though the state can under certain circumstances lease preserves, it’s a more bureaucratically burdensome and costly process to do so in lands with the designation.

“Fees for leases of sovereign submerged lands are significantly higher within aquatic preserves,” explains a staff report from the Legislature. “A rate of two times the existing rate is applied to aquatic preserve leases if 75% or more of the leased shoreline and the adjacent 1000 feet on either side of the leased area is in a natural, un-bulkheaded, non-seawalled or non-riprapped condition.”

From a branding standpoint, the new preserve should help further establish “The Nature Coast” (Citrus, Dixie, Hernando, Jefferson, Pasco, Levy, Taylor and Wakulla counties) as an ecological region. The area is a sanctuary for 19 endangered species.

The new preserve also borders several others in Pinellas County, St. Johns Marsh and the Big Bend area. Combined, the preserves represent the largest contiguous protected seagrass meadow in the Gulf of Mexico.

“Protecting this large stretch of pristine coastline is the right thing to do; our children’s children will thank us for it,” Albritton said. “Rep. Massullo has once again shown great environmental leadership through spearheading this project.”