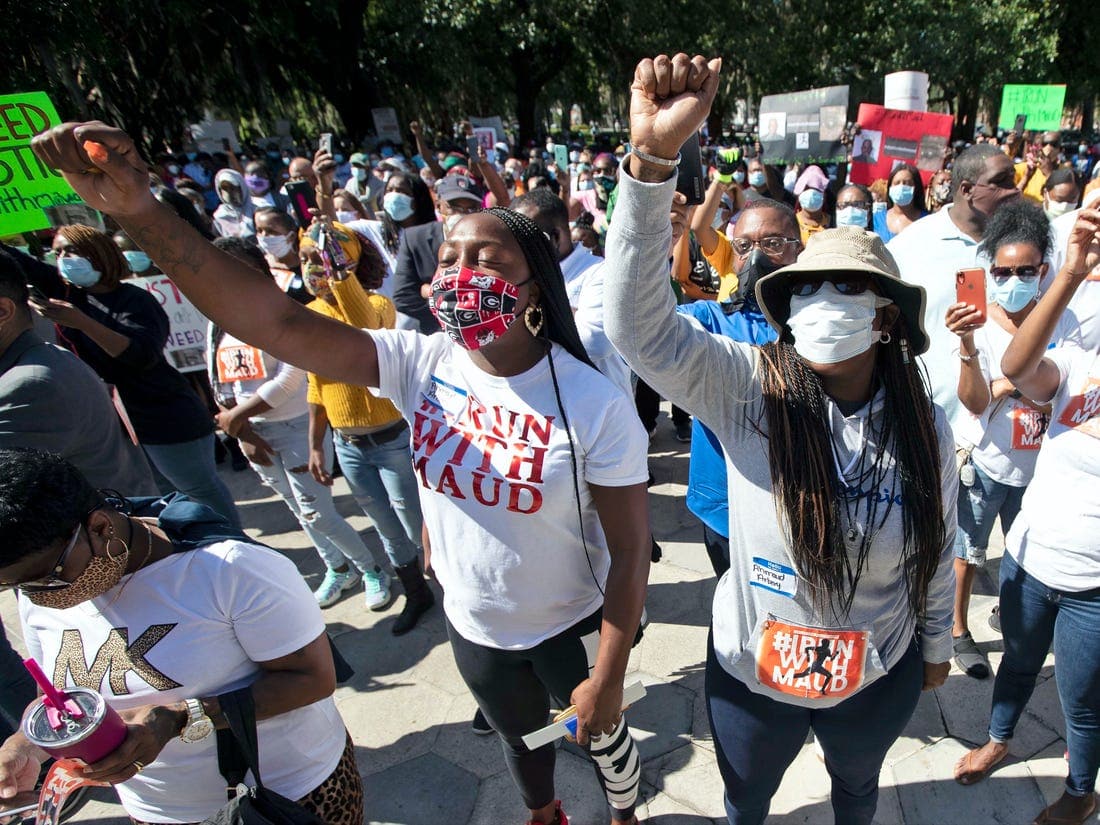 Which side of history will you be on?

These past few weeks have been a roller coaster of emotion as so many of us have hit the streets out of frustration, anger, and exhaustion. The police brutality behind the movement’s momentum is distressing, it has been inspiring to see so many communities come together and demand lasting, transformational change.

The Black Lives Matter movement has continued to gain traction in recent years as countless Black men, women, and children senselessly lost their lives. For years, organizers have laid the groundwork in government and culture, calling attention to the systemic problems facing communities of color, and advocating for reforms to correct course after 400+ years of injustice.

There is something notably different, however, about this moment. For the first time in my lifetime, there is a palpable shift in the discourse and a sustained national conversation about race. People across backgrounds, generations, and the ideological spectrum are showing up and advancing the conversation — community by community, block by block, kitchen table by kitchen table.

It’s encouraging to see such a diverse cross-section of allies showing up, ready to listen, ready to empower our people, and ready to amplify Black voices in this conversation. That said, we need to move past the panels and task forces that result in nothing but empty words.

This moment is different — not only because of George Floyd and the call to action around police brutality, but also the urgent need to take action as we, as a country, careen from crisis to crisis. We saw communities of color disproportionately hit by the first wave of the COVID-19 pandemic, and now we’re having a frank and honest conversation about racial injustice. There’s no question that many people in America face discrimination, but the systemic injustice facing Black Americans is unique. It would be a missed opportunity to not take real action NOW.

Look no further than issues of economic security. Here in South Florida, disparities are particularly pronounced for Black residents, regardless of education level, ethnicity, or nationality. Insufficient access to housing, credit, and financial services coupled with a lack of economic opportunity have led to persistent resource gaps in Black communities.

Homeownership remains a primary way for families to build generational wealth, yet is out of reach for far too many as the cost of living continues to rise and incomes fail to keep up. Beyond expanding opportunity and access to good-paying jobs, fair lending laws must be enforced; foreclosures and evictions must be reduced; and the supply of safe, affordable housing options must be increased.

Now, these issues are far from new as they are directly attributed to systemic bias. Throughout this country’s existence, there’s been an intentional lack of strategic investments in communities of color that has led to widespread inequity. The ongoing COVID-19 crisis has underscored those disparities, particularly when it comes to insufficient access to health care and savings to weather unexpected hardship.

One thing is clear: people across South Florida and the country are tired of being told by institutions, by extremists, and by the occupant of the White House that they do not matter and are not valued as human beings.

I entered public service to center social and racial justice in the conversation. More than five years ago, I sponsored legislation requiring police officers to wear body cameras on duty, demanding greater accountability and transparency from law enforcement. As a former educator, I have led the fight against racial bias in schools and fought for smart investments in our neighborhood public schools to ensure every Florida child can get a quality education.

There’s unquestionably more work to be done across our society, and the world is watching. Each of us has a responsibility to fight for widespread reform and continue to call out those who are silent on this issue. Those who are silent, elected officials especially, are complicit.

We are at a major inflection point, and this moment in our country will be in the history books. Which side of history will you be on?