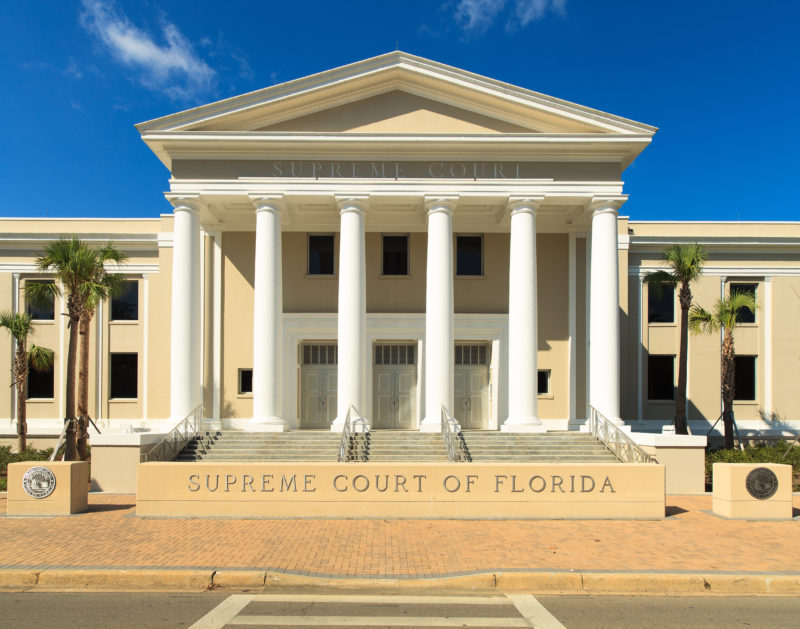 The Florida Bar exams that were set to take place in-person later this month in Orlando and Tampa have been canceled, to be replaced with virtual, on-line tests.

The decision follows a backlash of concerns applicants, elected officials and others raised that the exams were planned in mass gatherings despite the dramatic resurgence of the coronavirus in both cities and across the state.

The Florida Board of Bar Examiners announced Wednesday it has not only canceled the exams, which were expected to draw thousands of would-be lawyers together on the floors of two convention centers, but it has created an on-line exam that will be given in its place August 18.

“The Florida Board of Bar Examiners, with the approval of the Supreme Court of Florida, announces that the in-person administration of the General Bar Examination scheduled for July 28 and 29, 2020, in Tampa and Orlando, is canceled. In its place, the Board will administer an online bar examination on August 18, 2020,” a news release Tuesday afternoon read.

Until now, the board had insisted on holding to the two-day-long Bar exams in person despite growing concerns raised by applicants and others, including the deans of Florida’s 12 law schools. Numerous other states had either postponed July Bar exams or set up on-line exams to replace them.

One applicant, who had asked not to be identified out of career concerns, last week decried the possibility of thousands of applicants gathering for six hours per day for two days in the Orange County Convention Center and the Tampa Convention Center as a risk of “mass spreading as we go back to our communities from the filth that is Orlando and Tampa.”

Others had expressed concerns that no acceptable options were being given any applicants who are at risk of serious COVID-19 complications because they have preexisting conditions.

Orlando Reps. Carlos Guillermo Smith and Anna V. Eskamani, both Democrats, have been among elected officials pushing state officials, including the Supreme Court, to reconsider. Smith said Justice Alan Lawson reached out to him Wednesday, informing him the in-person exams would be canceled. Smith said Lawson assured him the justices shared his concerns.

In a note to Florida Politics, one student taking the test, Robert Walters, a May graduate of Florida State University Law school, explicitly thanked Smith and Eskamani and others. He also thanked the Supreme Court and the board, “for making the right decision that will save lives and untold stress on next generation of attorneys.”