Another bad month for tourism: Orange County's tax receipts down 95% in May 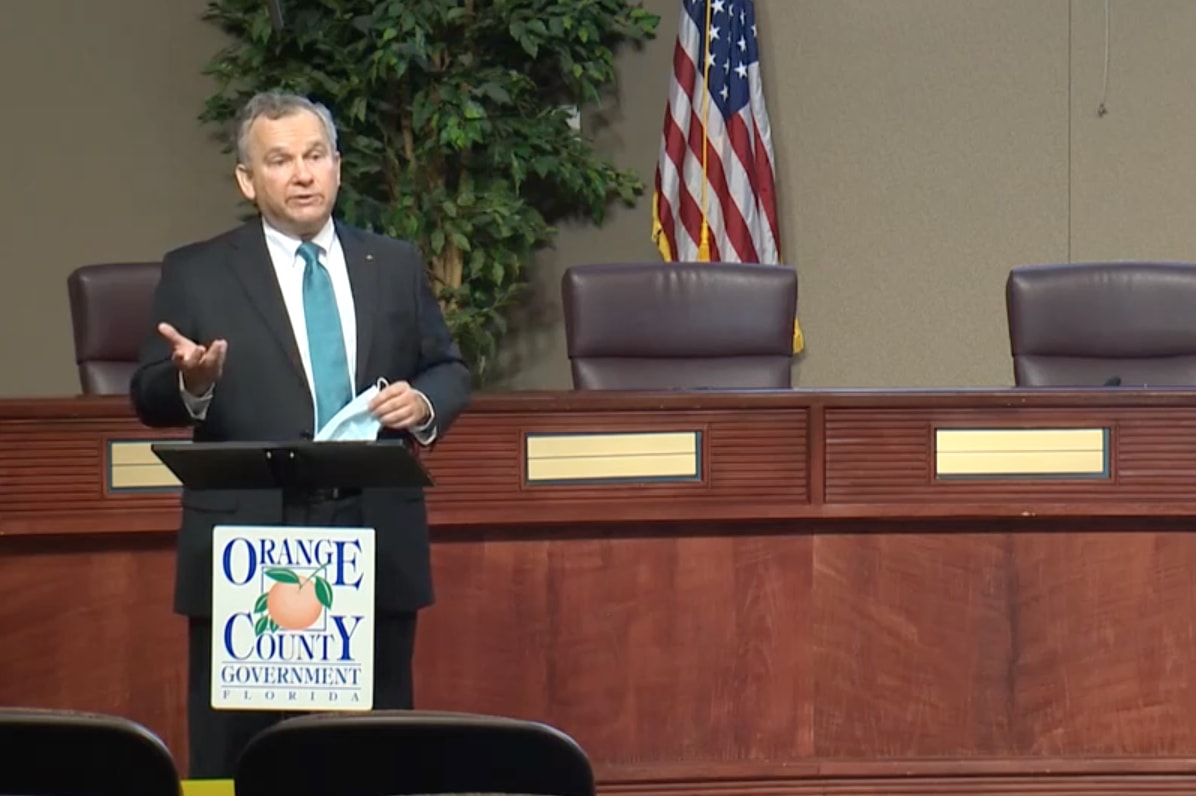 The county known as the world’s biggest tourist destination was shut down almost entirely by the coronavirus crisis once again in May.

Orange County Comptroller Phil Diamond revealed Wednesday that the tourist development tax — the tax on hotel beds that closely tracks tourism activity and provides hundreds of millions of dollars annually for a variety of local uses — was down 95% in May compared with the same month last year.

That’s only a slight improvement over the 97% drop his office tracked for the April tourist development tax compared with the previous April.

“That level obviously is a sharp decrease from May 2019 as we expected. The economy, especially the tourist sector, was essentially shut down in May. However, as we predicted there was a slight improvement from the extremely low level of the April collections,” Diamond said Wednesday at Mayor Jerry Demings‘ news conference. “However, TDT collection levels still remain comparable to 1980 level collections on a per-penny basis.”

Both Diamond and Demings offered cautious optimism for better figures in June and July because the economy is reopening. Universal Orlando, SeaWorld Orlando, and other attractions reopened in June, and Walt Disney World reopens in July.

But they did not offer any expectations of anything close to a  quick return to normal with the coronavirus crisis now raging at even higher levels of infections and hospitalizations than Orange County saw in April.

“We’re living in a time of pandemic. It’s not gong to last forever. At some point it will pass us by and our economy will recover,” Demings said. “None of us know exactly how long it’s going to take for us to recover to pre-pandemic levels.”

In Orange County, reports from July 1 and June 1 from state Department of Health. show that more than three quarters of the COVID-19 cases confirmed in the six-county Central Florida region were identified in June, or 16,709 of the 21,311 total cases that have been logged since the outbreak began in early March. In Orange County, June brought 8,843 of the county’s 10,874 total cases, amounting to 81% of Orange’s four-month caseload.

Consequently, travel to Orlando likely will remain off for a while.

“People just aren’t traveling, I think because people don’t number one don’t feel confident in traveling right now, and with the economy I think you’ve got financial challenges, and I think that’s something they’re going to cut out,” Diamond said.

Orange County’s tourist tax revenue usually amounts to just under 30% of all the tourist taxes collected in the entire state of Florida.

Prior to the pandemic, Orange officials were projecting about $290 million this year in tourist taxes.

Orange County is now eight months into its fiscal year and the tourist tax is down nearly $56 million compared with what was expected, about 27% lower for the year.

Diamond said the county has dipped into budget reserves to the tune of about $13 million so far to cover revenue shortfalls from the tourist tax for critical programs.

The biggest portion of Orange County’s tourist tax revenue goes toward debt services on the Orange County Convention Center and several entertainment venues, the Amway Center, the Dr. Phillips Center for the Performing Arts, and Camping World Stadium. Those debt payments will not change.