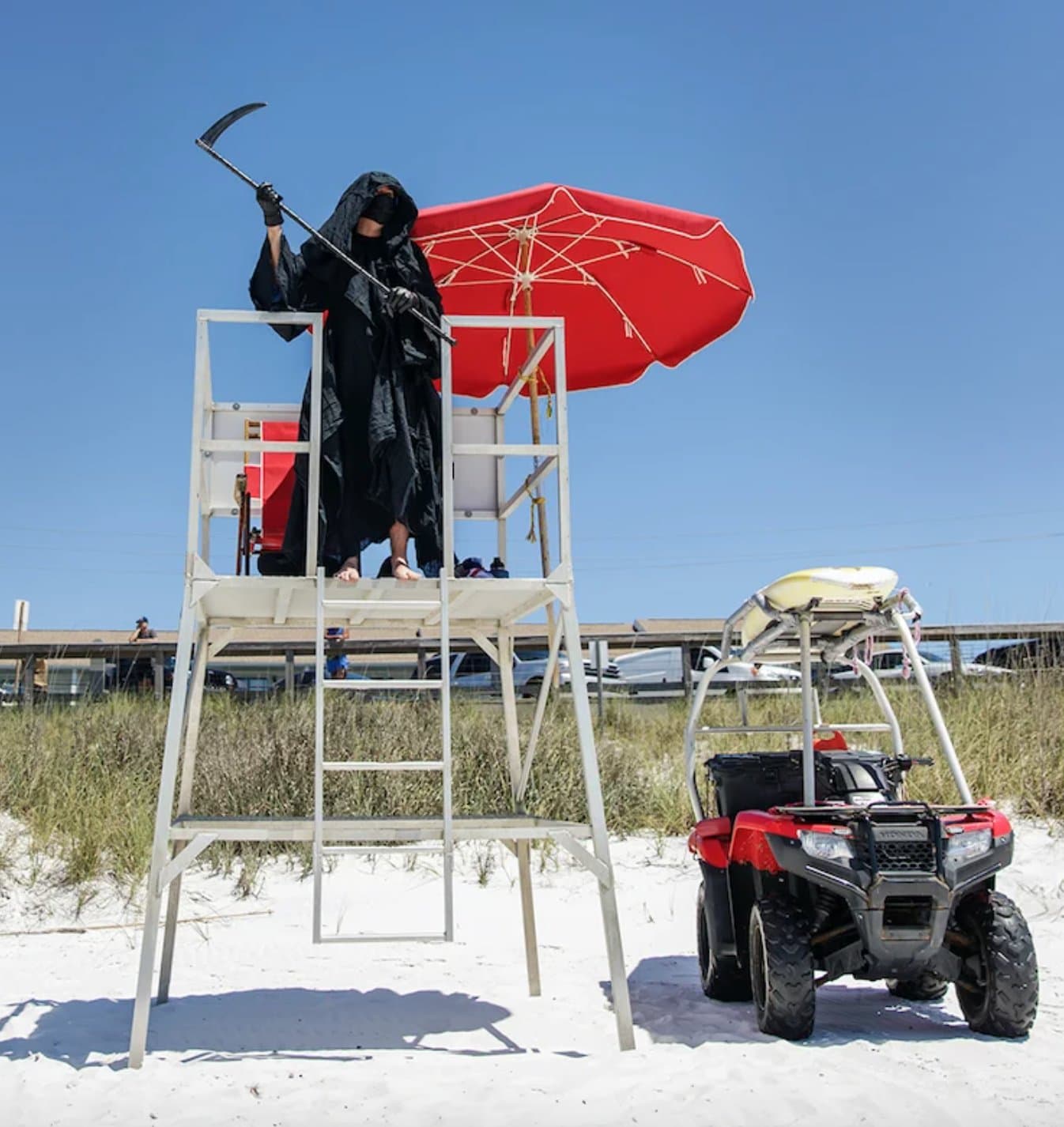 Visions of a grim reaper walking the sands of Panhandle beaches became a common sight during the pandemic. Now, he’s visiting Jacksonville Beach.

“President [Donald] Trump and Governor DeSantis are literally forcing people to take a risk with their lives to get money to feed their family, pay bills and rent,” Uhlfelder said.

As he visits the first major Florida beach to reopen after a COVID-19 closure, Uhlfelder expands his rhetoric to attack DeSantis’ pandemic leadership all around.

“Our economy is largely based on tourism and thousands of local workers and small businesses don’t know where the next pay-check is coming from,” Uhlfelder said.

He quickly leveraged that fame to form a federal super PAC.

His appearances draped in black and wielding a sickle as apathetic beach lovers took to the sands before and after surges in infections earned Uhlfelder further notoriety.

While a holiday weekend visit to one of Florida’s most popular beach destinations will surely cast Uhlfelder in some fresh stock art shots, he’s pointedly turning attention to a variety of coronavirus-related topics.

“The online enrollment for unemployment has been an abject failure, the CARES Act grants have failed to materialize and it seems a sweetheart deal with big banks and businesses has been done at the expense of the small businesses who are the backbone of our economy,” he said.

“Employees who have been making unemployment insurance payments for just such these moments have been abandoned and left with no support, they’ve seen their benefits stopped and small businesses are being told by their banks: ‘Sorry, the money has already run out.’”

nextRetailers: Floridians to stay close to home, spend on food for 4th of July