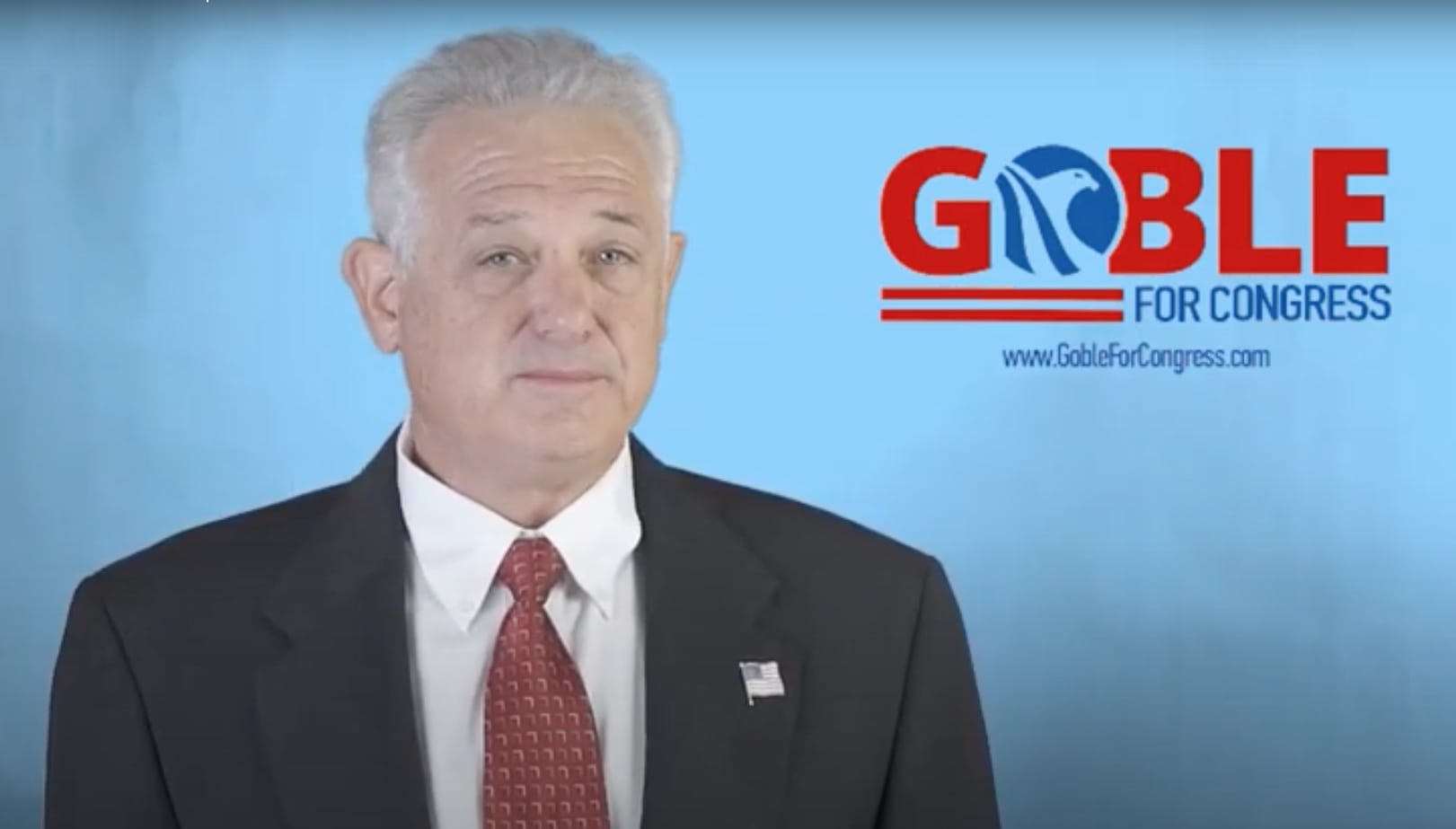 Goble’s four video ads all circle back to one theme, bringing representation back to CD 7, which covers Seminole County and parts of northern, eastern, and central Orange County.

Goble, a financier from Longwood, is facing businessman Yukong Zhao of Orlando and Dr. Leo Valentin of Orlando in the August 18 Republican primary for CD 7, which represents Seminole County and parts of northern, central, and eastern Orange County.

The four videos, ranging in length from 29 seconds to 48 seconds, all are simply produced, with Goble standing in front of a backdrop speaking, with occasional cuts to graphics, images and video footage.

“If I’m elected to Congress I will work hard to defend the U.S. Constitution, which gives freedoms such as free speech, the right to protect ourselves in the Second Amendment, and also the rights of all life, including that of the unborn,” is his message in one.

“We have an infrastructure problem here in Central Florida,” he says in another. “If I’m elected to Washington D.C., I’ll work hard to improve our roads; improve the SunRail, which seems to hold up traffic and doesn’t have a lot of use; and also find a way to get rid of those tolls that litter our roads throughout our district.”

“I know what it’s like, as the son of a veteran, the sacrifices our great veterans make,” he says in another. “I will work hard to bring better representation to Washington D.C., better medical benefits, education, job opportunities. And should a veteran come back and wants access to capital markets to start their own business, I’ll work hard to make sure that’s available to them as well.”

nextPrince Royce gets a wake-up call with COVID-19