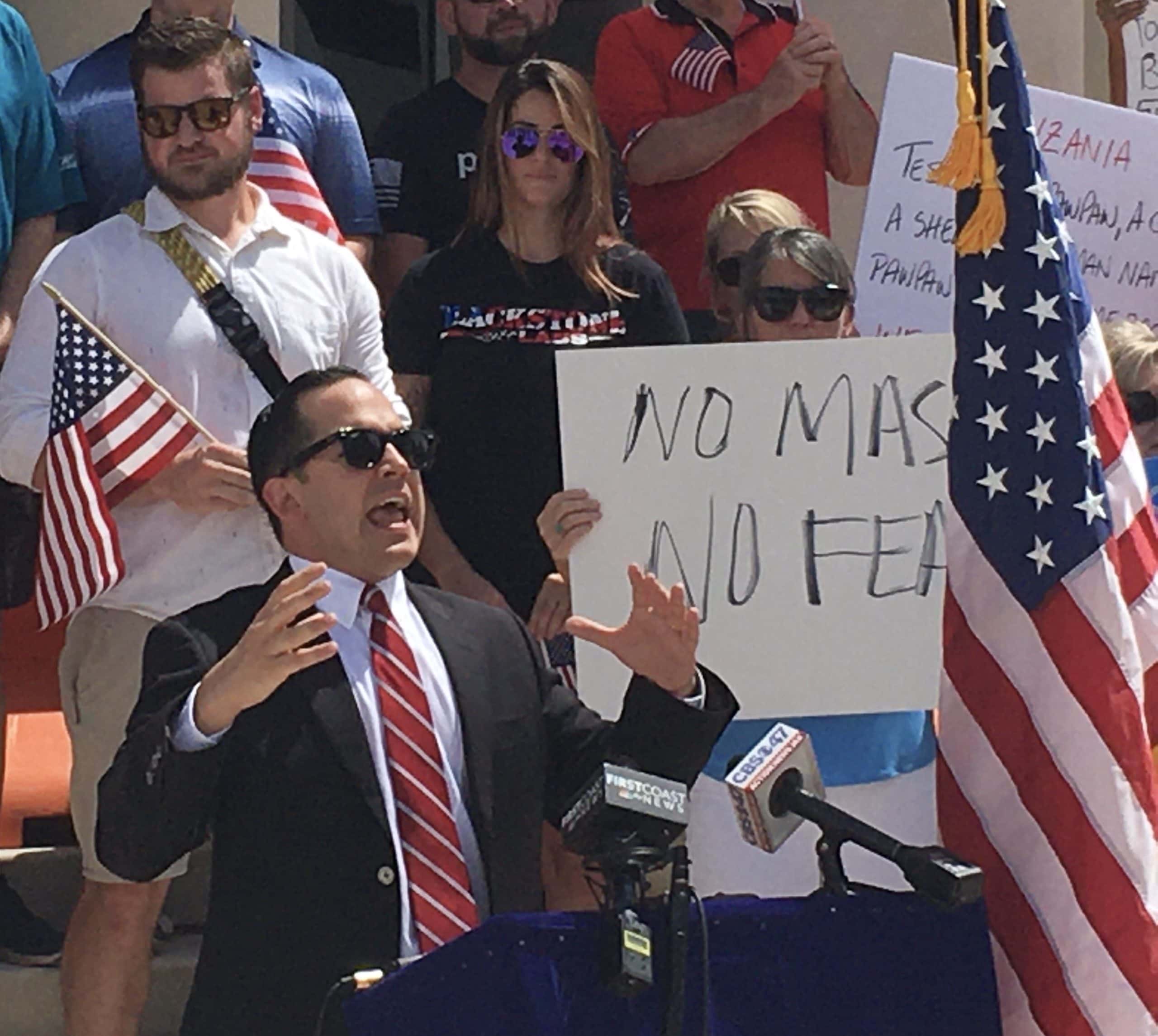 Monday saw Jacksonville become the latest in the series of cities facing a legal challenge to a mask requirement imposed in the face of the spreading pandemic.

The city joins other jurisdictions, including St. Augustine, and Leon, Hillsborough, and Orange Counties, each of which has issued orders of a similar type.

Jacksonville Mayor Lenny Curry, a Republican, stands by his office’s position. His chief of staff called the lawsuit “irresponsible” in a statement ahead of the press conference.

Yet for Republicans to the right of Curry, who will host the Republican National Convention to Jacksonville, the move represents the latest in a series of apostasies for the second-term Mayor.

Rep. Anthony Sabatini, filing these suits around the state, noted that a fine and jail time could result for a violator of the “ridiculous” and “unlawful, unconstitutional” mayoral “proclamation” in a tweet ahead of the Monday press conference.

The proclamation is a “vague and strangely written order” that could result in 60 days of jail time or a $500 fine, he noted.

In comments Monday at the Duval County Courthouse, flanked by roughly a hundred like-minded anti-maskers, the lawyer outlined “demands” to the city of Jacksonville.

He asked Curry to amend the order and “just go back to recommendation.”

Sabatini invoked a “silent majority” of people who oppose mask ordinances, before going on to impugn Jordan Elsbury, the Mayor’s chief of staff, as being overpaid.

“This is a guy who makes $190,000 a year,” he said, while “the majority of the people in this city are on welfare and unemployment.”

Meanwhile, though a majority of people in Jacksonville haven’t yet tested positive for COVID-19, the surge of positive tests continued on Monday’s report from the Department of Health.

In Duval County, 338 more cases of COVID-19 were verified through July 5, with Sunday’s positive test percentage at 14%, continuing a trend of double digit outcomes in a grim metric.