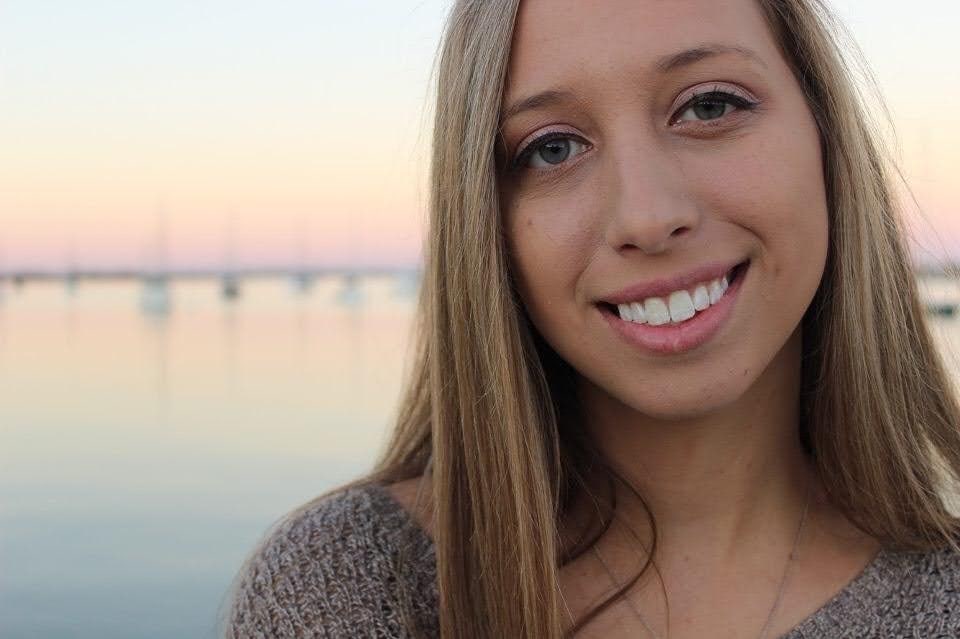 I want to reverse the past agenda of prioritizing corporate profits over people and be a voice for the underrepresented in District 7.

Bachelor of Arts in Political Science and a Minor in Pre-law.

CiCi’s Pizza I was only there for 3 days…. It didn’t work out. I then went on to work at the information desk at Flagler College, my alma mater.

I spoke with the President of the Democratic Environmental Caucus of Florida, Janelle Christensen, for several weeks before deciding on running in District 7 against Travis Hutson. She has been very helpful during the foundation of the campaign and is a great person to turn to for advice. After interning under Janelle, she and many of my former colleagues from the Florida College Democrats strongly pushed for me to run for office.

Who do you count on for advice?
My campaign manager and best friend Josh Trickey. He has been very helpful during this whole process.

My campaign manager is Josh Trickey.

Who was the first person to contribute to your campaign? Why did they donate?
My campaign manager Josh Trickey. He wanted to show me how much he believed in our campaign and literally put his money where his mouth was.

Rep. Anna Eskamani has been a progressive champion fighting for the people her entire time in office, especially during this pandemic. Her advocacy for working people and her authenticity are truly inspiring.

Most people are right to mistrust their elected officials. The majority are bought by corporations and special interests and do not fight for or respond to the needs of the people. Travis Hutson alone has taken hundreds of thousands of dollars from some pretty nasty corporations including Disney, Walmart, The Koch Brothers, Private Prisons, just to name a few.

I want to change the status quo because it isn’t working for the working people of Florida. 2.8+ million are uninsured, 900,000+ are waiting for unemployment benefits, and 45% of Floridians struggled to pay their bills last year. There is no justification for this failed system. I’m running to change the system and therefore, I’m not playing by their rules. I’m refusing to take all corporate money and I want to ban all corporate money in politics so that the people can take back their government from these corporations.

– Expanding the federally funded Medicaid Expansion to give 800,000 Floridians healthcare and pumping $14 billion into our economy and building towards Medicare-For-All.

– Creating a new unemployment system that works and ensure that the 900,000+ Floridians waiting for benefits receive all payments since the COVID-19 pandemic shut down the state in March.

– Expanding environmental protections. Ensuring Floridians have a right to clean air and water and ensuring that Florida is carbon negative by 2030. I have signed the Green New Deal Pledge and the No Fossil Fuel Money pledge.

– My campaign also plans to invest $1 billion into education. We want to raise teacher’s minimum salary to $50,000 and improve our school infrastructure which is currently given a D+ by the American Society of Engineers to an A rating.

What is a “disruptive” issue  you are interested in?

First, we would require strict environmental standards and labor standards to ensure workers are allowed to unionize and are paid a living wage while also protecting local communities from pollution. Our public investment would also yield us a stake in the railway system where the state of Florida and therefore Floridian residents would become shareholders. This would allow the state to create a program similar to a UBI as we would require every Floridian resident be paid a dividend for their investment into the company.

We have not been impressed by any modern Florida governor in terms of their dedication to fighting for working people. However, we hope to see this in a future Florida governor.

We would change Article 1. Section 6. about the so-called “right to work”. In this section, the Constitution explicitly states that “Public employees shall not have the right to strike.” We believe all workers should be able to unionize and strike to demand better wages and treatment from their employers. We would amend the constitution to empower public workers and restore their labor rights that never should have been infringed upon.

Yes, they are an important way to boost our name recognition around our district. We are currently in the process of making some.

We are running a people powered campaign to take back our government from the rich and powerful corporations and the politicians on their payroll. We will provide healthcare, jobs, and education to all Floridians.

previousGov. DeSantis says COVID-19 'stabilized' in Florida, so its travelers should not be quarantined