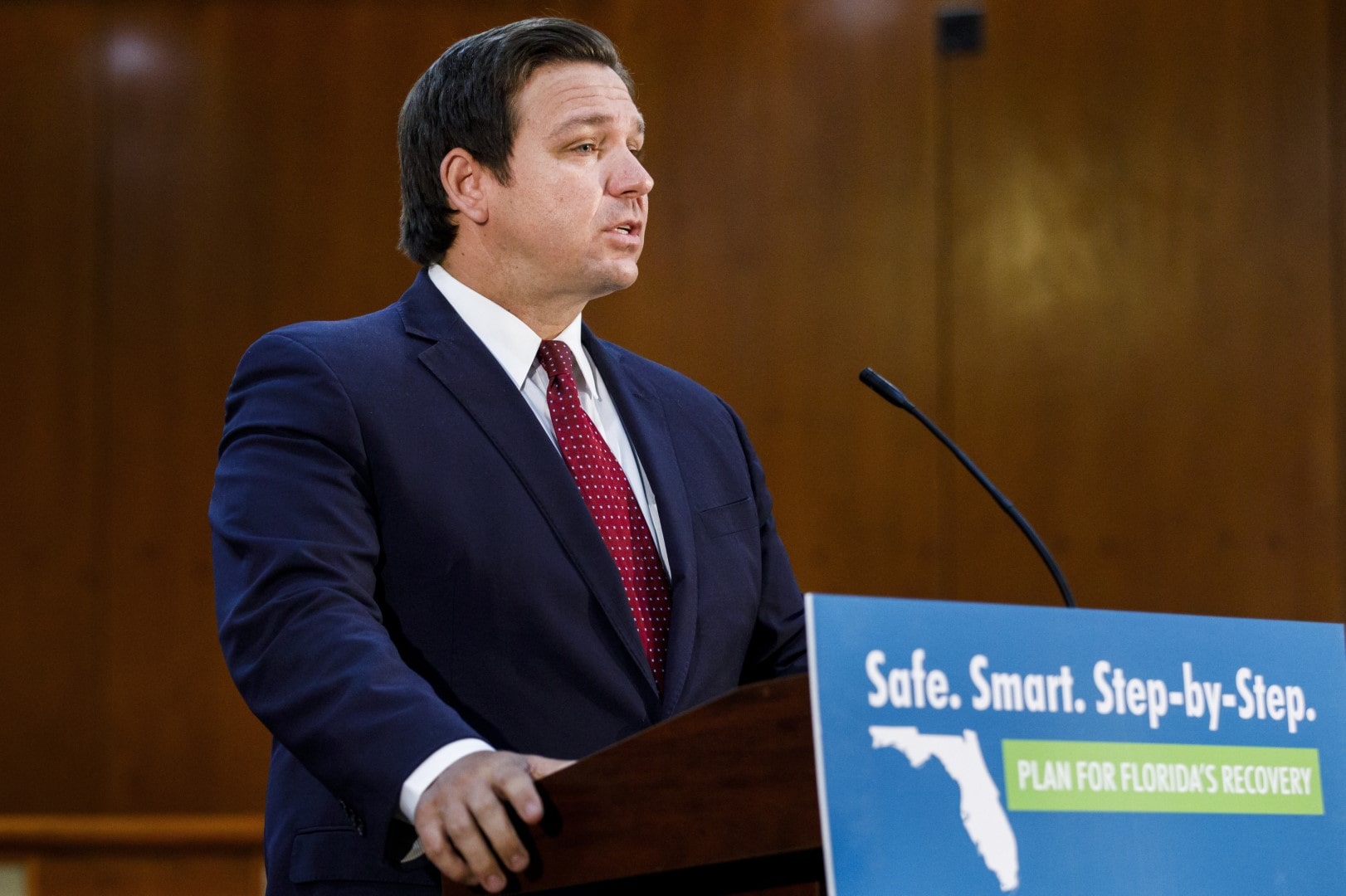 Roughly 24 hours after his interview with conservative radio host Rush Limbaugh, Gov. Ron DeSantis traveled to Jacksonville and repeated many of the same talking points he tested the day before on Limbaugh’s national audience.

The Governor doubled down Thursday alongside U.S. Labor Secretary Eugene Scalia in defense of his decision to reopen Florida public schools by reassuring Floridians he would send his own kids into schools if they were of school-age.

“I would not hesitate putting them in in terms of the risk because the risk fortunately for kids is extremely, extremely low,” DeSantis said. “That data has been verified in virtually every single country, every single state.”

The order to re-open schools in August has been met with mixed responses.

DeSantis, however, maintained that schools should be considered an “essential service.”

“We spent months saying they were certain things that were essential,” DeSantis said. “That included fast food restaurants, it included Walmart, it included Home Depot. If all that is essential, then educating our kids is absolutely essential. They have been put to the back of the line in some respects.”

Scalia echoed the importance of prioritization, saying the move to reopen schools will benefit Americans and the economy.

“Schools are an essential service,” Scalia said, adding: “We are ready to reopen our schools. We know how to safely open our workplaces. There are steps that can be taken that will be successful.”

Scalia added that women and low-income Americans have been disproportionately affected by COVID-19 response measures.

“Lower income Americans have been hit particularly hard across the country by the measures taken to contend with the virus. They tend not to have jobs where telecommuting is as easy. Telecommuting is hard enough with children at home and I know there are parents across the country who are getting up extra early to work before the kids are up or are staying up extra late to get the work done after the kids go to bed,” he said.

Before the economic impact from COVID-19, adult women had a lower unemployment than adult men – a statistic Scalia cited as “extraordinary.”

“Unfortunately, that’s now flipped,” Scalia said. ” Because women, as studies show and a lot of peoples’ experiences, tend to bear more of the responsibility in a lot of households for child care. If we don’t get our schools open it’s going to be that much harder for working adult women who are facing higher unemployment to get back to work.”

Scalia concluded that he and the President are pursuing the same economic agenda they sought before the COVID-19 impact.

“That was a job focused, American worker focused economy that included, for example, an emphasis on apprenticeships.”

The unemployment rate in the United States is 11.1%.