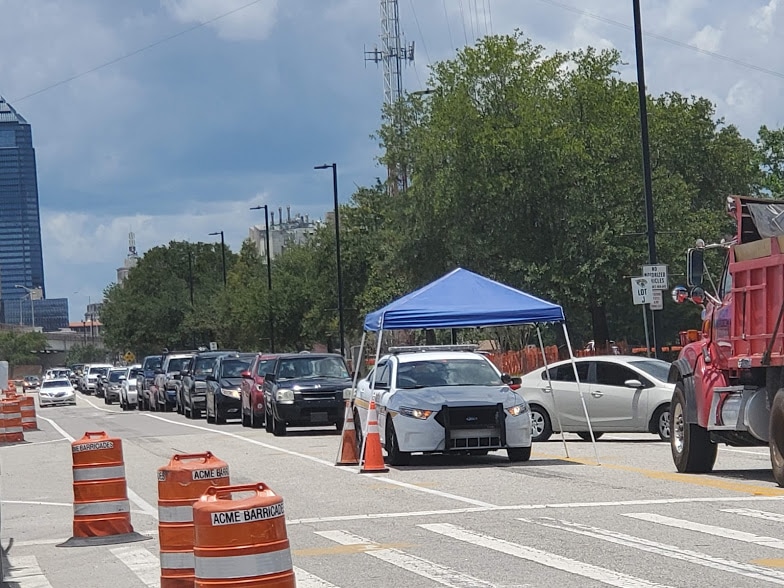 At the end of Thursday, there were 956 new cases of COViD-19 added to the Northeast Florida tally bringing the total to 15,403.

After several days of slowing the pace of new cases, Jacksonville saw a sharp spike Thursday, jumping by 744 new cases for a total of 11,772. It’s the not the highest single-day increase in cases in Jacksonville, but it’s close.

The huge increase in cases comes about a month and half from the Republican National Convention at Jacksonville’s VyStar Credit Union Veterans Memorial Arena. The four-day event set to begin Aug. 24 is already being challenged in court by a group of business leaders who are trying to stop it for fear that tens of thousands of GOP faithful descending on the city would only lead to a super-outbreak of COVID-19.

Jacksonville did see a drop in positivity rates, dropping from 20.9% Wednesday to 13% Thursday.

While Thursday’s testing results were high, it’s not a record number. That happened on June 27 when 5,887 tests were returned.

St. Johns County also saw a notable spike in cases Thursday for a county with a population of less than 500,000. There were 98 new cases in St. Johns County Thursday bringing the total number to 1,730. The county added one new death, brining its total to 10.

Across Northeast Florida, there are now 125 deaths and 673 hospitalizations.