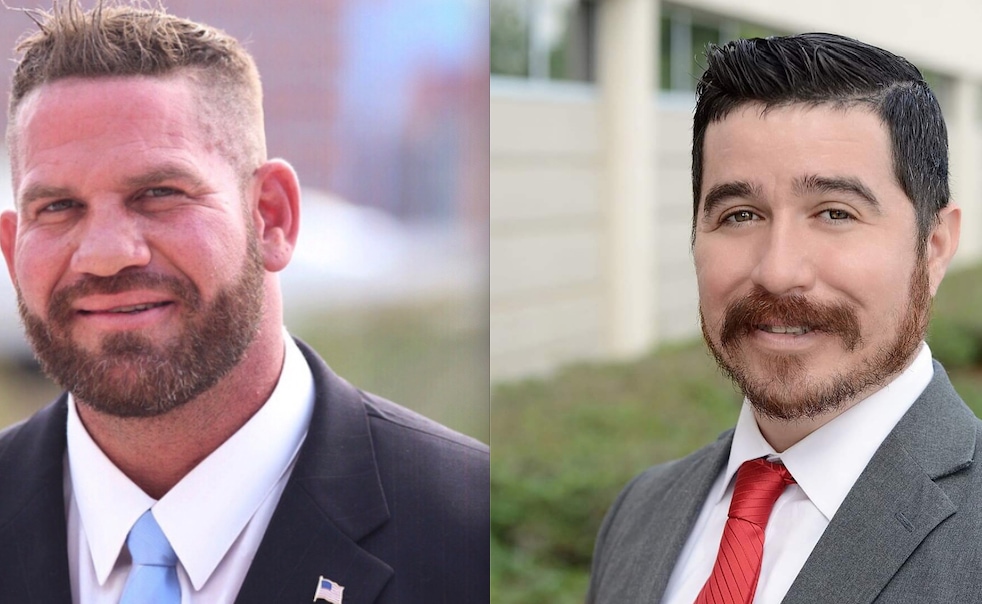 Seminole County Commissioners Bob Dallari and Lee Constantine — constants in area politics for decades — could be in for tough reelection challenges if straw poll results from a chamber of commerce hob nob are any indication, as they favored challengers Matt Morgan and Ben Paris.

The Oviedo-Winter Springs Regional Chamber of Commerce straw poll for Seminole and Orange County elections, held on-line over the past few days following the group’s 2020 East Side Regional Hob Nob held virtually on Zoom, have Morgan, the Mayor of Longwood, and Paris, a Longwood Commissioner, favored over the two veteran Seminole County officials.

Chamber of commerce straw polls almost always favor Republicans over Democrats. The Oviedo-Winter Springs chamber members did that overwhelmingly in any contests that featured serious candidates from both parties, burying Democrats, even incumbents, deep under straw poll votes for Republicans.

But in the cases of the Seminole County Commission District 1 and District 3 seats, the more immediate battles are in the August 18 primaries, where partisan preference is not the issue.

In the CD 7 contest, three Republicans are running in the August 18 primary for a shot at Democratic Rep. Stephanie Murphy in November. The chamber voters liked all three of them better than Murphy, even though she has received strong financial backing and endorsements from chambers of commerce. They liked Valentin, an Orlando doctor, best, giving him 624 votes. Longwood businessman Richard Goble got 427, and Orlando businessman Yukong Zhao got 374. Murphy, of Winter Park, got 263.

The straw poll also should give comfort to Johnson, as he got 1,191 chamber members’ votes for reelection as Seminole County Property Appraiser, while Republican challenger former Sanford Mayor Jeff Triplett drew 448.

In the Orange County Property Appraiser contest, Singh actually finished third behind former Orange County Commissioner Scott Boyd, who is the only registered Republican in the contest, albeit running only as a write-in. Muneer got 495 votes, Boyd 465, and Singh 176. The presumed top challenger, Democratic Rep. Amy Mercado, got just 144 of the chamber members votes.

In other races, the chamber members gave almost all their love to Republicans.

In the House District 28 race, Republican Rep. David Smith got 1,025 votes compared to 389 for Democrat Lee Mangold and 37 for Democrat Pasha Baker.

In the House District 29 race, Republican Rep. Scott Plakon got 1,056 votes, and Republican primary challenger Luther Dowe got 241, while Democrat Tracey Kagan got 144.