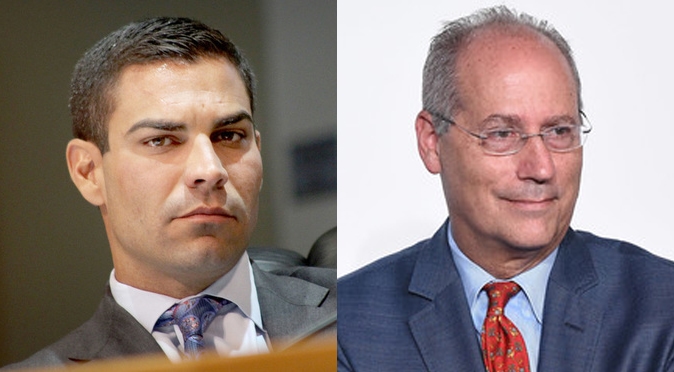 The White House and U.S. Centers for Disease Control and Prevention consider contact tracing to be one of the core state responsibilities during the COVID-19 response. But Mayors warned during a roundtable with the Governor Tuesday that there is not enough contact tracing in the community.

“That’s the one thing that the CDC says you actually can do things with, and I don’t know that our contact tracing is up to snuff right now,” said Miami Beach Mayor Dan Gelber, estimating a need for 800 contact tracers.

As local governments look to reduce the rate of infections in Florida, contact tracing becomes a useful tool for the state to identify asymptomatic carriers of the virus who help perpetuate the pandemic.

But Gelber, a Democrat and former state lawmaker, noted that the Department of Health doesn’t give much information on its contact tracing program.

“Nobody in the public knows how many people they’re reaching, whether they’re getting close contacts, how they close each case, what they’re actually doing. There’s just no knowledge of that,” he said. “In fact, it was hard for us to get it, and we talk to them three times a week.

“I don’t even know what percentage we’re reaching people with,” he added.

Neither did he know whether the state was finding housing for people who need to isolate.

Miami-Dade Mayor Carlos Giménez assured the Mayors a couple hundred hospital rooms were available with the possibility of adding more.

“We need to do a better job of putting out the word that that program is there so that if you do find yourself positive and that your home is crowded … we can give you a room,” he said. “We can actually pay for that room.”

Miami Mayor Francis Suarez, who highlighted a request for 500 additional contact tracers, likened contact tracing to a poll of the state’s population.

“We need the ability to have as much actionable data as we possibly can have so that we can make intelligent decisions that we can justify to our residents and to our business owners,” he said.

The roundtable came the day after South Florida leaders called for a comprehensive coronavirus response that includes contact tracing.

DeSantis, who hosted the roundtable alongside Giménez, noted a $138 million plan by the Department of Health that includes money for contact tracers.

“The state is in for a penny, in for a pound,” the Governor said. “That’s a big investment. That’s never happened in the state before. And there were different levels of funding, and this was the most robust that was presented to me of the several levels, so I approved it.”

“Many people are not aware of the fact that they’re infected,” Marty said. “And I say it that way as opposed to saying asymptomatic because people are not totally grasping what that means. They think asymptomatic means no problem. Just because you can’t perceive that you have something going on in your system doesn’t mean nothing is happening.”

With a recent addition of 250 contact tracers paid for by the county, Miami-Dade has 600 tracers. And Giménez said the county would be willing to pay for an additional 200 to meet Gelber’s suggested 800.

But Giménez emphasized that contact tracers are not the silver bullet, and that hiring 200 more wouldn’t mean the end of the outbreak.

previousDebbie Mucarsel-Powell lauds Joe Biden's love for family: 'I don't think I've ever seen that compassion and that love from [Donald Trump] toward his family'

nextLast Call for 7.14.20 — A prime-time read of what’s going down in Florida politics