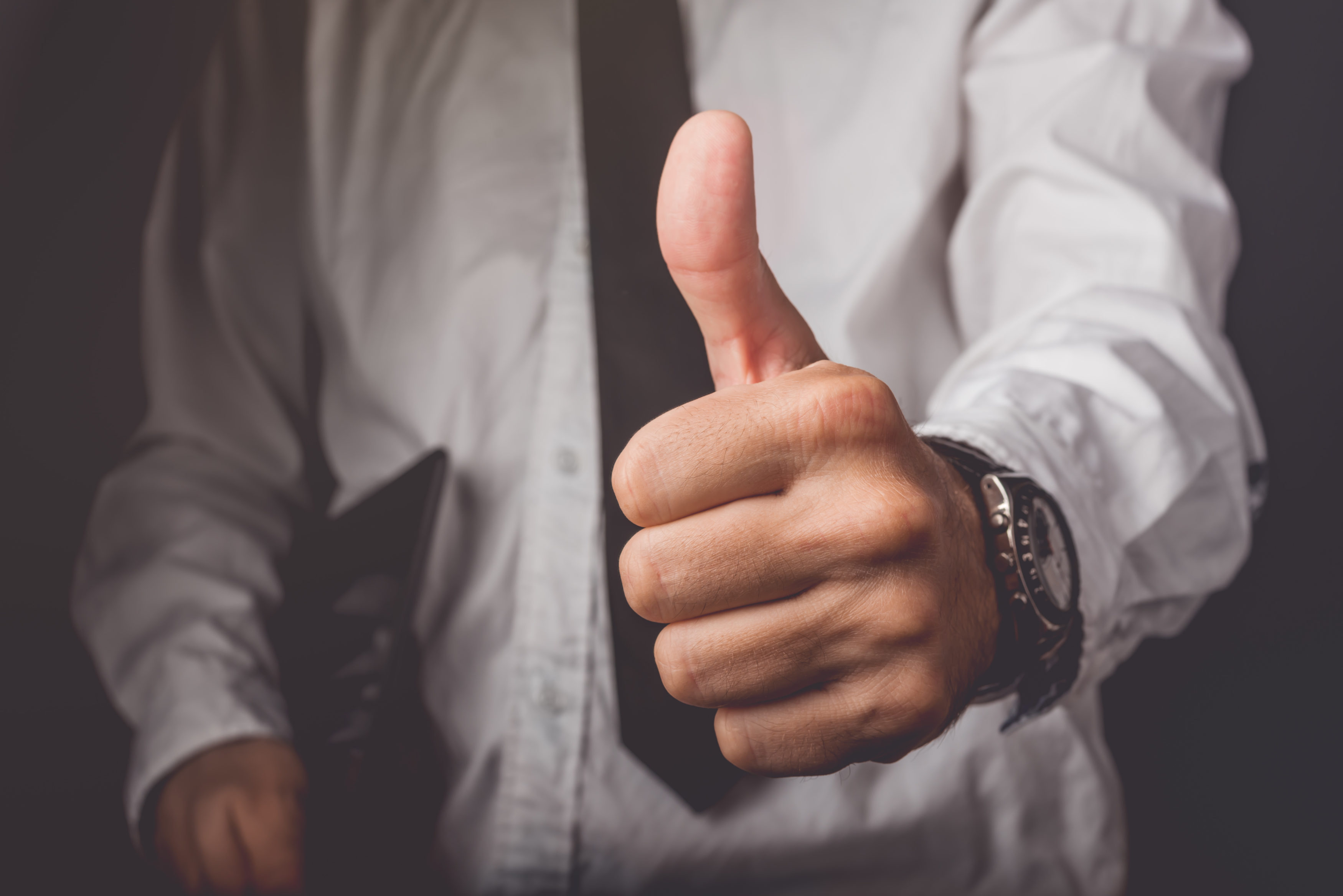 Six in the Senate and 17 in the House.

Americans for Prosperity Action issued endorsements to nearly two-dozen candidates for state House and Senate Wednesday, marking the first time the political committee has weighed in on state legislative races.

The free market group is backing a half-dozen Senate candidates and 17 House candidates, many of them incumbents. AFP Action said its endorsements won’t expire after the Aug. 18 primary election — they’re good through the general.

Many of AFP Action’s picks are the odds-on favorites in their respective races, such as Jennifer Bradley in SD 5, Danny Burgess in SD 20 and House Speaker-designate Chris Sprowls in HD 65. Other non-incumbents on the list: Lauren Melo in HD 80, Sam Garrison in HD 18 and Alex Rizo in HD 110.

However, the group did pick a side in some of the competitive contests slated for the August and November ballots.

Lawmakers’ votes to lower taxes or to expand scope of practice and school choice carried a lot of weight with AFP Action.

“Each of these individuals has demonstrated a commitment to tackle the greatest challenges Floridians face through supporting principled policy solutions, if elected,” AFP Action senior adviser Skylar Zander said.

“Through their dedication to increasing access to quality, affordable health care for every Floridian, ensuring educational freedom and opportunities for all students, lowering the tax burden on families, and creating an environment where businesses can thrive, they will help make Florida the best state in the union to live, work, and raise a family. We’re proud to endorse these candidates that will help increase opportunity for every Floridian.”

—Rep. Ana Maria Rodriguez (SD 39): As a State Representative, Ana Maria Rodriguez introduced legislation to increase access to health care by expanding the scope of practice for health care workers, as well as striving to expand educational freedom for parents and their children so they can find a school that best fits their individual needs.

—Rep. Ray Rodrigues (SD 27): As Chair of the Health and Human Services Committee, Rep. Rodrigues was a champion for breaking barriers in health care reform by helping usher in legislation expanding telemedicine and ending certificates of need for medical facilities, which enabled health care providers to expand the number of hospital beds without having to get government approval.

—Former Rep. Danny Burgess (SD 20): During his tenure in the Florida House of Representatives, Rep. Burgess sponsored legislation that sought to expand health care access and drive down costs through free market reforms as well as voting for expanding educational freedom.

—Former Rep. Jason Brodeur (SD 9): As Chair of the Health Care Appropriations Subcommittee while serving in the Florida House of Representatives, Jason Brodeur took charge of expanding economic opportunity by increasing access to the health care sector while also lending his vote from the floor to expand educational freedom to parents and their students.

—Sen. Debbie Mayfield (SD 17): In her role of Chair of the Appropriations Subcommittee on Agriculture, Environment and General Government Sen. Mayfield safeguarded fiscal responsibility to make sure Floridian tax dollars were appropriately handled. Sen. Mayfield also lent her voice toward advocating for greater educational freedom, voting so that parents and their children could better find a school that best fits their individual needs.

—Jennifer Bradley (SD 5): Americans for Prosperity Action is proud to stand behind Jennifer Bradley, a proud resident of Clay County, as she stands by her ideals of pushing Florida toward a stronger, open economy where more Floridians can access the health care they need and get education that best fits student’s needs.

—Rep. Paul Renner (HD 24): As Chair of the Judiciary Committee, Rep. Renner was a champion in holding government entities accountable through reforming VISIT Florida and Enterprise Florida. Rep. Renner also filed legislation to reform occupational licensing laws that will break barriers for Floridians entering the workforce. In addition, Rep. Renner cast his vote for expanding educational freedom and free market health care reforms that would improve access for all.

—Rep. Chris Sprowls (HD 65): While serving as the Chair of the Rules Committee, and throughout his legislative career, Rep. Sprowls engaged in legislation that would bring about health care reform and expand educational freedom, giving greater choice to parents and their students over their learning.

—Rep. Elizabeth Fetterhoff (HD 26): Representative Fetterhoff, though only in her first term, has already proven to be a protector of private property rights through her sponsoring of legislation in addition to continuing to move the needle by voting to expand free market reform of health care and educational freedom.

—Rep. Scott Plakon (HD 29): Chair of the Local Administration Subcommittee, Rep. Plakon has worked hard during his time in the legislature to ensure workers have the freedom they deserve. He has also championed occupational licensing reform to ensure all citizens have the opportunity to pursue their career of choice without needless government barriers, helping Floridians provide for themselves and their families.

—Rep. Blaise Ingoglia (HD 35): Representative Blaise Ingoglia has made his way into leadership as Chair of the State Affairs Committee, where he has sponsored legislation designed to break barriers through reducing occupational licensing so people can better find meaningful and productive work.

—Rep. James Grant (HD 64): A vigorous debater who supports and champions educational opportunity and free market health care reforms, Rep. Grant also served as Chair of the Criminal Justice Subcommittee, filing legislation to ensure workers have the freedom to choose who represents them.

—Rep. Bob Rommel (HD 106): While Chair of the Civil Justice Subcommittee, Representative Rommel has sought to improve the Florida justice system that is smarter on crime and softer on taxpayers. Representative Rommel has also helped move Florida forward both in expanding educational choice and creating free market reform in the health care system to increase access to quality, affordable health care for all Floridians.

—Rep. Tommy Gregory (HD 73): Representative Gregory has marked his short, but distinct, time in the Florida House through his leadership in calling for free market health reforms for veterans and the general public. Rep. Gregory has also used his vote to spur educational freedom so that more students can have a learning environment that best fits their individual needs.

—Rep. Stan McClain (HD 23): As Vice Chair of the Criminal Justice Subcommittee, Rep. McClain has helped oversee criminal justice reforms that both protect public safety and gives second chances to those who have earned them. Rep. McClain is also a strong believer in educational freedom, voting for measures that would expand choice for parents and their children.

—Rep. Michael Grant (HD 75): As House Majority Whip, Michael Grant was a key piece of leadership that helped pass health care reforms that ended certificate of need and expanded scope of practice while also helping guide through legislation that expanded educational freedom for more parents and their students.

—Lauren Melo (HD 80): We are excited to endorse Lauren Melo, a proud resident of Naples, who we believe will represent her district and Florida as a whole through her commitment to increasing economic opportunity for every Floridian by reducing government barriers in health care, education, and the economy.

—Sam Garrison (HD 18): We welcome Sam Garrison in his bid to run for Florida House District 18, as he seeks to represent Clay County and continue to increase opportunity for every Floridian by removing needless government barriers in health care, education and the economy.

—Alex Rizo (HD 110): We believe Alex Rizo will continue to move Florida toward a more open economy that gives everyone opportunity to pursue their American dream given his stances on increasing educational freedom for students and educators and preserving free market principles for health care and the economy.