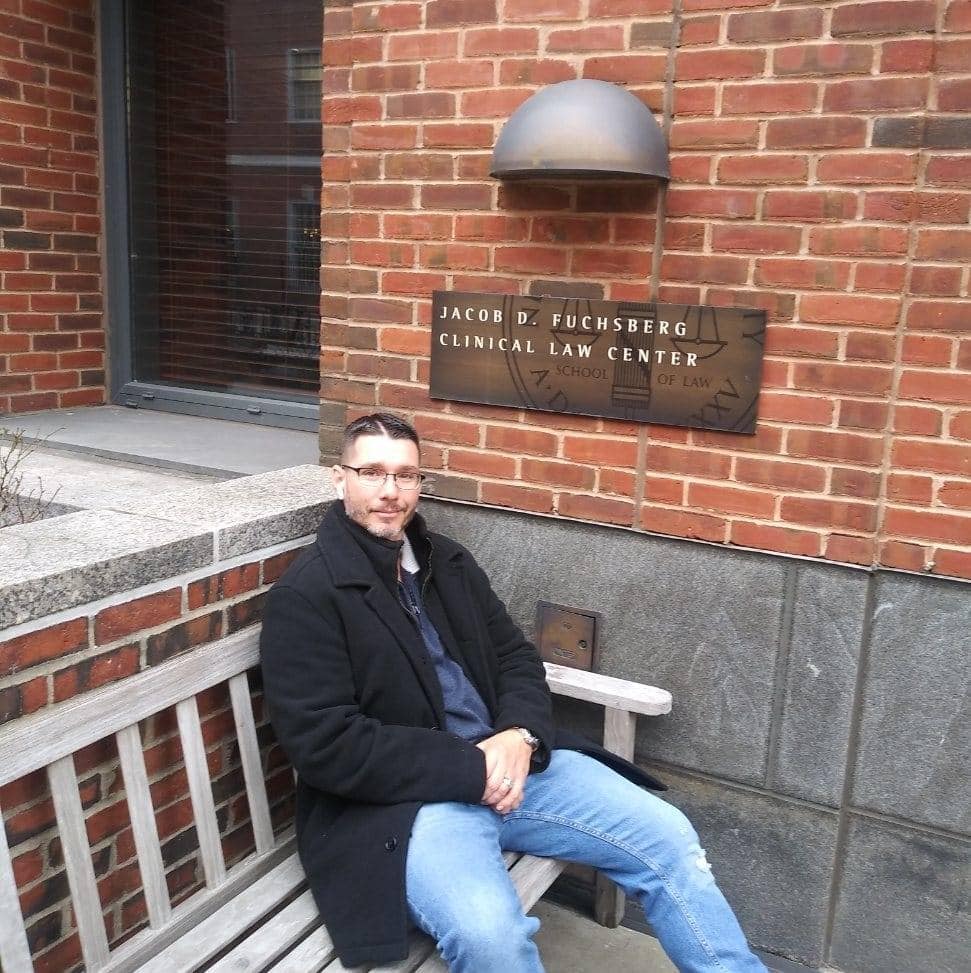 Richard Midkiff spent 23 years in prison, now he faces re-incarceration over a technicality.

An Ocala man who rebuilt his life after spending more than 20 years in prison is facing a return to prison because of what amounts to a legal technicality.

Several Florida lawmakers hope to stop that from happening.

Richard Midkiff is the picture of successful rehabilitation.

He was arrested and sentenced for his role in a burglary gone wrong, which ended in murder. Midkiff was driving the getaway car and was sentenced to 38 years in prison.

Midkiff used his 23 years to better himself and those around him, and in the year since his release, he continued doing so through legal and advocacy work.

“I write today to urge you to commute the sentence of Mr. Richard Midkiff. Mr. Midkiff was released from prison in 2019 to begin his 15-year probation term after serving a portion of his original sentence of 38 years imprisonment for felony murder related to the 1996 robbery and murder of Mr. Earl Waters,” Sen. Jeff Brandes wrote in a letter to Gov. Ron DeSantis this week, which was signed off on by four other lawmakers including Sens. Dennis Baxley, Darryl Rouson, Jason Pizzo and Ardian Zika

Midkiff was released from his sentence after a series of U.S. Supreme Court rulings in the 2010s affording prisoners who were sentenced to long terms as juveniles the right to have their cases reviewed.

The man who actually killed Waters, J. Patrick Swett, was just 17 at the time of the murder and was released from his sentence early after a review under those new provisions.

Because the original plea deal included a request from the victim’s family that the killer spends more time in jail than the accomplice, leading prosecutors to add six months more to Swett’s sentence than Midkiff’s.

Midkiff’s attorney’s argued that meant he too should be released, and they won.

But later, the office of Florida Attorney General Ashley Moody sought an appeal, arguing he was not subject to early release under sentencing review because he wasn’t a juvenile at the time. Midkiff’s legal team thought he was safe but later learned the appeal was successful because the victims’ family request was in the killer’s plea deal, not Midkiff’s.

He could be sent back to prison any day.

While in prison, Midkiff launched a program called Story Time Dads in which incarcerated fathers recorded videos of themselves reading children’s books so their children could read along with them.

His former warden told NBC News she often came to him for help building programs to meet inmate needs.

He became a certified law clerk while behind bars and began helping inmates with legal defense and issues.

He continued that work out of prison, becoming a paralegal and working on hundreds of legal cases with an eye toward juvenile cases.

Earlier this year he traveled to New York to speak to law students about his legal work in jail.

“He has become a contributing member of society and is continually giving his time to improve the community around him. It will be a miscarriage of justice for Mr. Midkiff to be required to serve the remainder of his original term of imprisonment in the Department,” Brandes wrote.

Commutation is one of Midkiff’s few avenues of recourse and might be the only one that keeps him from going back to prison, even if it’s only temporary.

Midkiff was seeking clemency before his release but abandoned that after thinking it was no longer necessary. Now he’s trying again. But Florida’s clemency process is notoriously slow and difficult.

He’s also appealing to the Florida Supreme Court, but again, that’s a process that could take time.

Brandes and his co-signers appealed to DeSantis not only on Midkiff’s exemplary rehabilitation but also because sending him to prison now could also be a health risk.

“The miscarriage of justice that will occur by recommitting Mr. Midkiff, who has truly reformed his life, is intensified by the concerns currently present in correctional facilities related to COVID-19,” Brandes wrote. “As of July 14, 2020, the Department reports that there are 2,632 inmates who have had tested positive for COVID-19 as well as 885 staff members who have tested positive.”

Midkiff got the news on July 2 that he would have to be recommitted. The ruling gave him 15-days to appeal. Those 15 days are up Friday.

For now, all he can do is hope that those in power see fit to reward redemption, a move that would mean Midkiff, who is now engaged to be married, can live the rest of his life making up for the sins of his past.