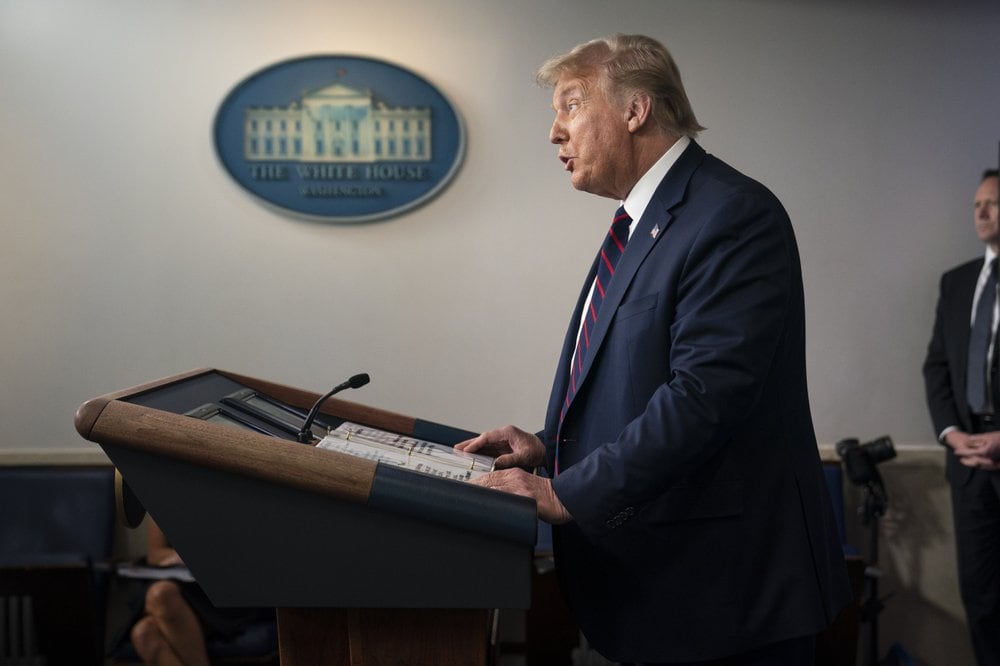 A small subset of GOP delegates will still gather in Charlotte.

President Donald Trump said Thursday he is cancelling the relocated Republican National Convention in Jacksonville — and the coronavirus is to blame.

Convention events will still be held in North Carolina, from where the President’s speech and other events were relocated weeks ago, in the interest of full-occupancy events.

But, for the second time, convention plans changed radically … and COVID-19 was the cause, the President said.

“The timing for this event is not right. It’s just not right with what’s happened recently, the flareup in Florida. To have a big convention is not the right time,” Trump said at the White House.

Trump, addressing media in Washington Thursday, said he “had to protect the American people,” which led him to cancel the event.

“It’s hard for us to say we want to have a lot of people packed in a room and tell people not to do it,” Trump said. “There’s nothing more crowded than a convention.”

“I told my team it’s time to cancel the Jacksonville Florida component of the GOP Convention,” Trump said.

Charlotte’s end of the convention will be as scheduled after the ultimately ill-fated decision to move the pageantry to Florida.

The Jacksonville Host Committee is fine with that, calling it the “absolute right decision for the health and safety of the people of Jacksonville and of the entire state of Florida.”

Before the cancellation, Jacksonville’s own leaders were facing their own moments of crisis.

A bill that would have needed to pass the Jacksonville City Council on Tuesday to authorize $33 million of spending to be reimbursed by the federal government, along with a host of other requirements for the event, was meeting resistance from the Council president and others.

At the same time, Jacksonville’s Sheriff pointed out his own concerns, including an inability to assure safety. These were qualms that neither the Mayor nor the White House could ultimately discount.

The President said that there would have been a “tremendous list of speakers,” with “thousands of people who wanted to be there. In some cases, desperately be there.”

But that will not happen. Still, the Trump campaign put a good spin on it, promising “exciting, informative, and enthusiastic programming so Republicans can celebrate the re-nomination of President Trump and Vice President Pence.”

Jacksonville made a big bet that it could pull off the Convention, predicated on assurances that the coronavirus would not be an issue. With logistical concerns mounting and time running out, the coronavirus that brought them the event in the spring took it away in the summer.

However, Mayor Lenny Curry and Sheriff Mike Williams framed the change of plans in the best possible way, almost like a lifesaver from the White House.

Republicans, by and large, issued vanilla statements of support for the move. Rep. Anthony Sabatini was an exception. He called it a “big mistake.”

Democratic partisans also had their say, generally celebrating the setback for the President.

“I’m glad Donald Trump took his head out of the sand long enough to realize what a predictable, preventable disaster he was about to inflict on the city of Jacksonville,” said Terrie Rizzo, chair of the Florida Democratic Party.

nextLast Call for 7.23.20 — A prime-time read of what’s going down in Florida politics