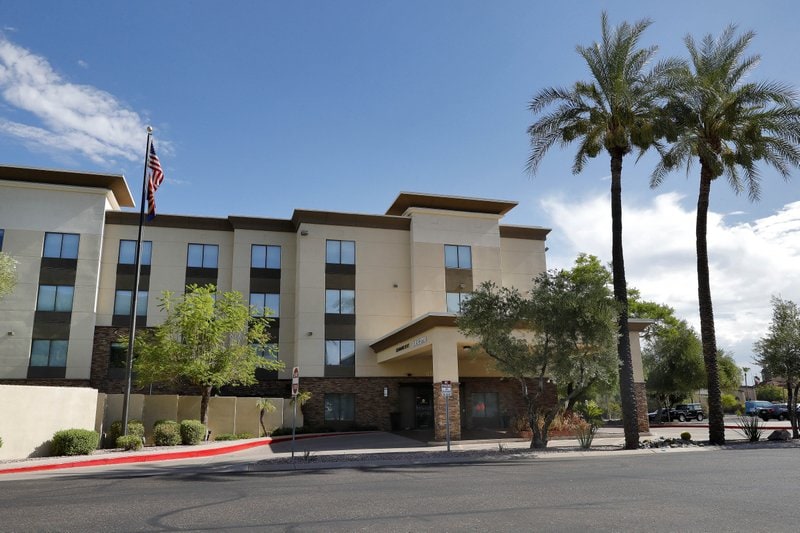 The ACLU says the Trump administration is detaining children in secret.

Legal groups sued the U.S. government Friday to try to stop the expulsion of children detained in hotel rooms by the Trump administration under an emergency declaration citing the coronavirus.

The owners of the Hampton Inn & Suites in McAllen, Texas, said Friday night that they ended any reservations on rooms used to detain minors. U.S. Immigration and Customs Enforcement also confirmed that all children had been taken away from the hotel, two days after The Associated Press reported that it was one of three hotels used nearly 200 times for detention of children as young as 1.

But ICE repeatedly refused to answer questions about where contractors have taken the children, citing a potential security risk.

“The Trump administration is holding children in secret in hotels, refusing to give lawyers access to them so it can expel them back to danger without even a chance for the children to show they warrant asylum,” said Lee Gelernt, a lawyer for the American Civil Liberties Union, which filed suit on behalf of the Texas Civil Rights Project.

Gelernt said suing on behalf of unnamed children was necessary “because the government is refusing to provide any information about the children.” The lawsuit was filed in Washington federal court, and Gelernt said he would seek to include any minors detained at the hotel as of Thursday.

Government data obtained by AP shows children were detained 123 times at the McAllen hotel in April and June. Castle Hospitality, which operates the McAllen location, refused to say how many rooms had been booked for use by ICE or its private contractor, MVM Inc.

The other Hampton Inns are near the airports in Phoenix and El Paso, Texas, according to the data obtained by AP.

Under federal anti-trafficking law and a court settlement, most children who cross the U.S.-Mexico border are supposed to go to facilities operated by the U.S. Department of Health and Human Services and eventually placed with family sponsors.

But the Trump administration says it must expel children to prevent the spread of COVID-19, citing an emergency declaration in March by the U.S. Centers for Disease Control and Prevention. At least 2,000 children have since been expelled without getting the chance to seek refuge in the U.S.

Some children are as young as 1 and others have been held in hotels two weeks or longer, according to government data obtained by AP for April and June.

Roberto Lopez of the Texas Civil Rights Project said when he entered the hotel last Friday, he saw people in scrubs going room to room on the fourth and fifth floors of the Hampton Inn caring for children. He saw one small child holding on to a gate in a doorway as an adult on the other side played with him.

But on Thursday, when another advocate from the group went to the fourth floor, three men dressed in plainclothes stopped him, according to a video the group posted online. After the men asked for his identity, the advocate yelled in Spanish that he was a lawyer trying to help. The video shows the men in plainclothes shoving him and forcing him into an elevator, repeatedly refusing to identify themselves.

On Friday, ICE described the lawyer and another person with him as people who “attempted to forcefully gain access” to an area its contract officers were restricting.

“We are gravely concerned that the CDC order is being grossly misused to circumvent asylum and child welfare protections,” the letter said.