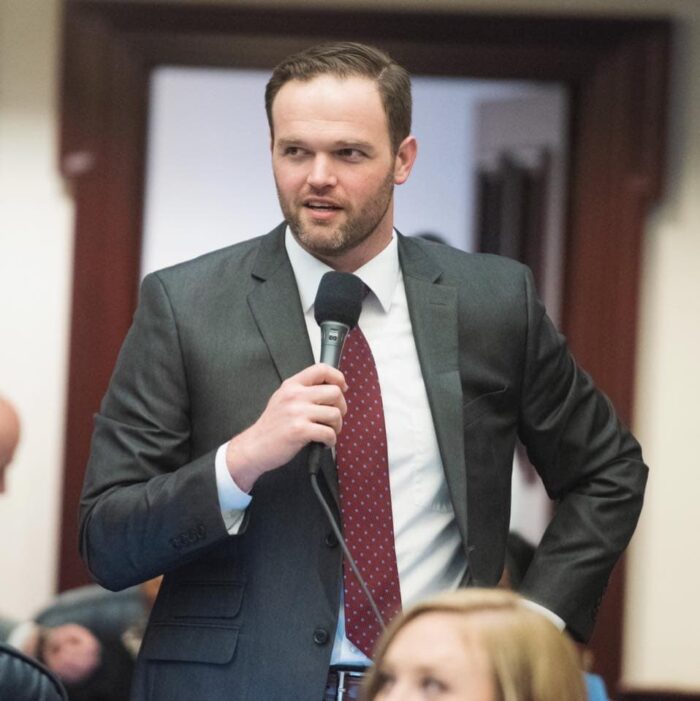 The Pensacola Republican is weeks away from a primary showdown with Cris Dosev, who started ramping up his campaign this month after months of inaction.

“Representative Andrade has worked tirelessly for Northwest Florida in his first term and is a strong advocate for veterans, families, the unborn and our environment,” DeSantis said. “I appointed Representative Andrade as a Judicial Nominating Commissioner for the same reason I am proud to endorse him, he is a consistent and reliable conservative we can trust to safeguard our Constitution and our American way of life.”

Andrade called the Governor a champion of conservative principles and advocate for veterans, local businesses and working families.

“His steady leadership has helped position Florida as a national leader in economic growth, fiscal health, and education,” he said. “It is an honor to work with him on common sense, conservative public policy that helps our district and our state and I’m incredibly humbled to have his full support and endorsement.”

“We need Representative Andrade representing us in the Florida House to continue supporting the conservative initiatives President [Donald] Trump and Governor DeSantis are pursuing,” Gaetz said.

Gaetz is also familiar with Dosev, who challenged him for his Congressional seat in 2018 and the election before, when it was an open seat. Since Dosev announced he would instead run for HD 2, Andrade and Gaetz have tag-teamed online punches against Dosev, a Marine veteran.

In the latest fundraising period, Dosev for the first time reported more contributions than the incumbent Representative. Andrade raised $17,000 in his personal account and $6,500 for his political committee, Constituent Priorities, while Dosev pumped $25,000 of his own money in the race plus $1,300 in individual donations.

With that money, Dosev posted an ad Tuesday attempting to tie himself closer to Trump after struggling to paint a clear picture of his support. Thhe ad also hit Andrade’s record.

“Angry Alex Andrade constantly attacks veterans, bullies mothers and grandmothers, and worst of all, he sponsored a gay rights bill that paves the way for men to play on girls’ sports teams and men to go in women’s bathrooms,” the ad says.

The day prior, Andrade released his own attack ad against Dosev, quoting a Florida Politics post about a past Facebook comment Dosev made about Trump and noting that Dosev has taken cash from an anti-Trump political committee.

Whoever wins the Republican nomination will face Dianne Krumel, a Save Pensacola Beach organizer who is unopposed in the Democratic primary. In the latest period, Krumel raised $935.