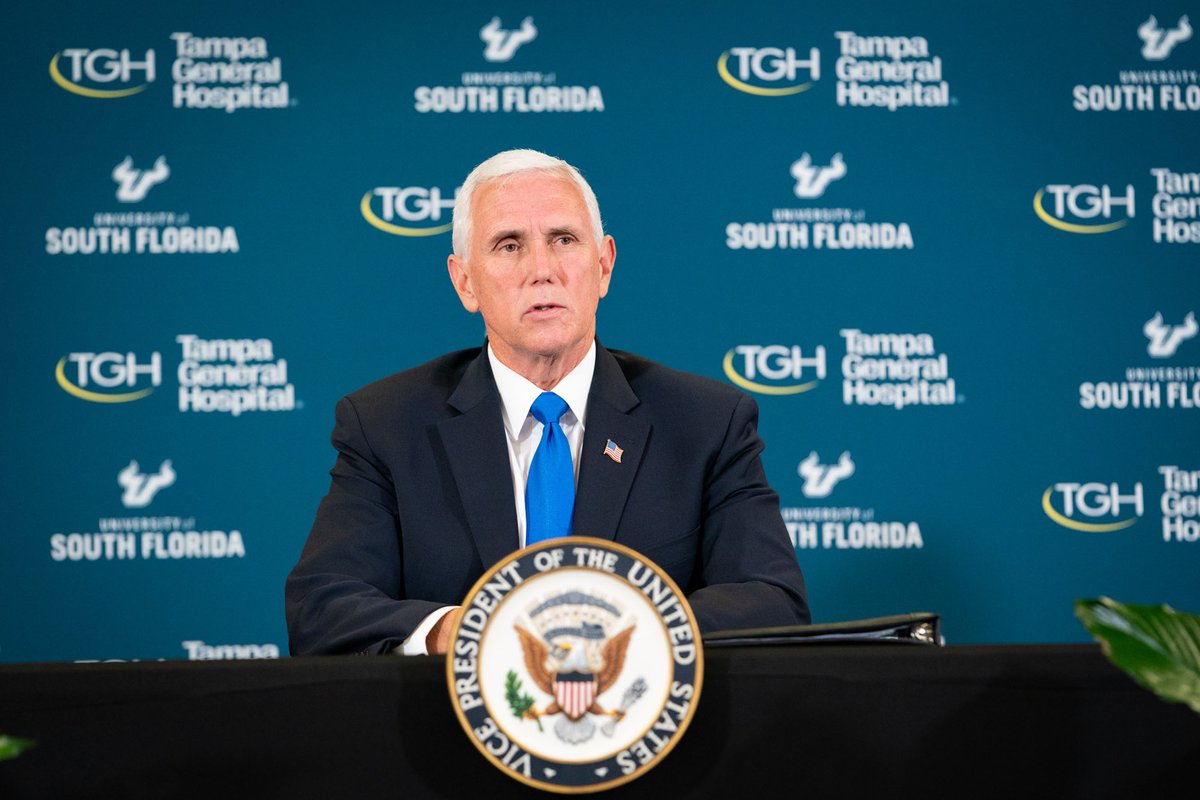 Scientists will monitor the vaccine's efficacy.

Vice President Mike Pence took the federal response to the pandemic battleground in Miami as clinical trials for a COVID-19 vaccine begin Monday.

Florida surpassed New York Sunday as the state with the second-most diagnoses for the disease behind California. But Gov. Ron DeSantis, who joined the Vice President and Commissioner of Food and Drugs Stephen Hahn at the University of Miami for a roundtable discussion, said he is encouraged by flattened outbreak growth in the state.

“We are encouraged, Governor, by the favorable trends here in Florida,” he said, “But just like you, I want people of the state to know that we’re going to continue to make sure the resources are there to ensure that anyone in Florida impacted by the coronavirus will have the same level of care that any of us would want a family member of ours to have.”

With the third phase of the clinical trial for Moderna’s experimental vaccine, scientists will inject one portion of volunteers with a placebo. After two doses, scientists will closely track which group experiences more infections as they go about their daily routines, especially in areas where the virus still is spreading unchecked.

“Unfortunately for the United States of America, we have plenty of infections right now” to get that answer, the National Institutes of Health’s Dr. Anthony Fauci recently told The Associated Press.

South Florida, where deaths have risen in recent weeks, is one of the leading hot spots. Between Miami-Dade, Broward and Palm Beach counties, an average of 38 people have died per day across the tri-county area in the last seven days. In the Monday morning report, the region counted 4,627 new diagnoses, raising the region’s case count to 189,057 since the outbreak began.

Pence said there was no better place to host the roundtable than at the University of Miami.

“I hope you take it and the whole team takes it as a great compliment and a great statement of confidence in the professionalism of all of the great health care teams here in Miami,” he added.

With NIH and Moderna working at “warp speed,” Pence said the first phase of the clinical trial began in record time.

“It was literally just a matter of weeks after we received the genetic coding of the coronavirus that … we began to develop a vaccine.”

Despite the record pace, Hahn stressed FDA scientists “will not cut corners in order to evaluate a vaccine.” He encouraged volunteers from diverse backgrounds, including demographics often missed by clinical trials, to come forward to test the vaccine.

“Today is really special because I think this comes up on the heels of so much that you’ve done in Florida,” DeSantis said. “But now with these clinical trials, we’re really looking forward to what the University of Miami can contribute to this very, very important thing.”

Pence thanked the Governor, who has faced national criticism for his virus response, for “steady leadership” throughout the pandemic and setting an example on care for the state’s at-risk elderly residents.

While outbreaks skyrocketed throughout June and July, health experts faced questions on whether the health care system could withstand the influx. As of Monday afternoon, 9,038 people are currently hospitalized with a primary diagnosis of COVID-19.

“The system has worked. There’s still capacity,” DeSantis insisted. “Hopefully we’re not going to need more with the COVID patients in the next coming weeks, but people have been working very hard.