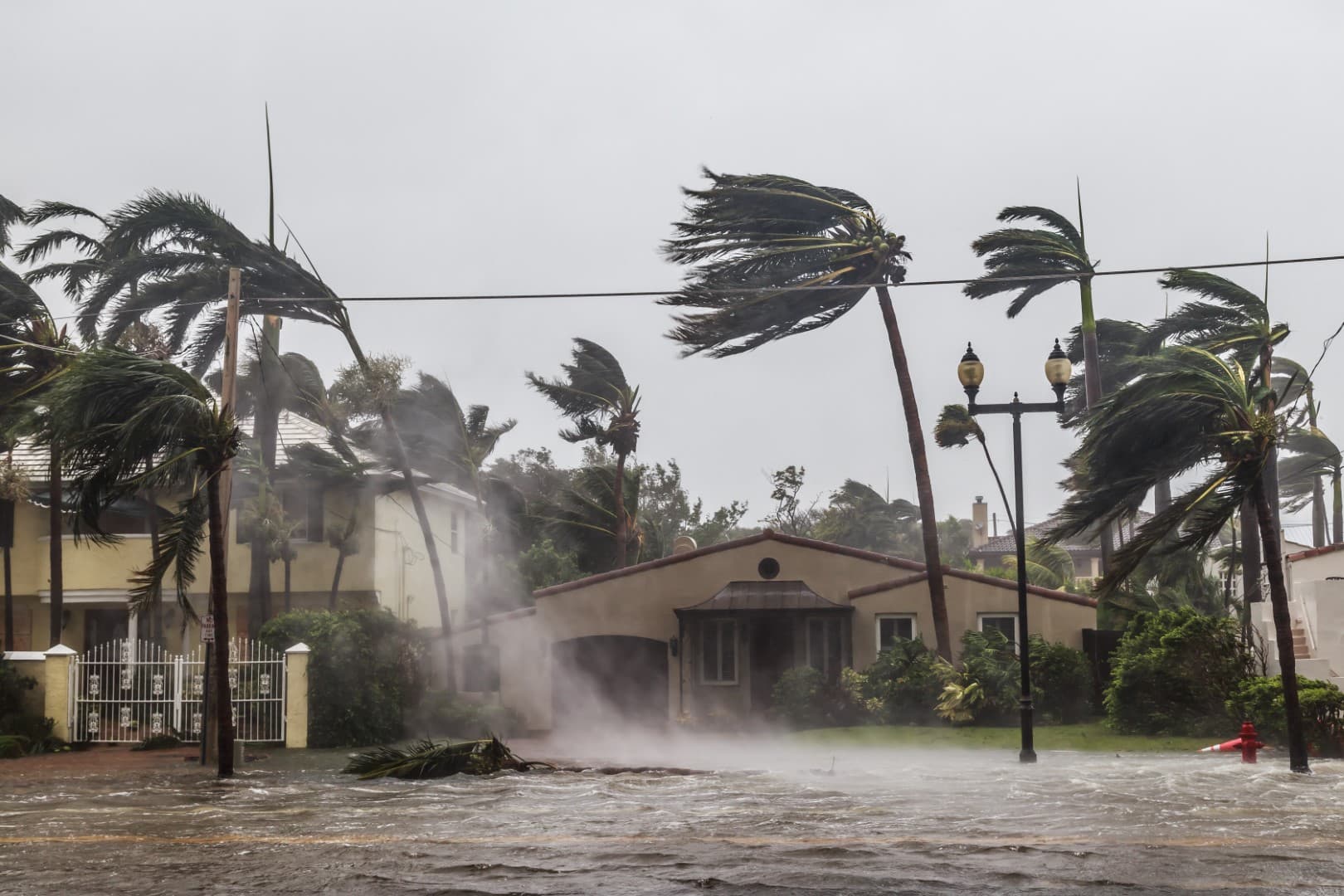 Tropical Storm Isaias formed over the Caribbean Sea late Wednesday and shifted slightly east to the relief of the Florida Panhandle, according to a National Hurricane Center update.

The storm is currently 125 miles west of Ponce, Puerto Rico and is traveling in a northwest direction at roughly 20 m.p.h.

Forecasters said Isaias is producing maximum sustained winds of over 60 m.p.h. with tropical-storm-force-winds extending outward up to 415 miles from the storm’s center.

“Isaias is causing life-threatening flash flooding and high winds over Puerto Rico,” the NHC advised in a bulletin.

The tropical storm is expected to impact the Dominican Republic Thursday afternoon and make landfall in Florida over the weekend.

Throughout Wednesday, Isaias made a gradual shift east and now poses a threat to southeastern coastal states including Georgia, North and South Carolina and Virginia.

“It is too soon to determine the location or magnitude of those impacts,” the NHC said. “Interests there should monitor the progress of this system and updates to the forecast over the next couple of days.” 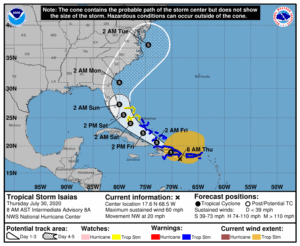 Gov. Ron DeSantis warned Floridians Wednesday to ready their supplies and polish their plans ahead of the storm’s potential landfall.

“We still aren’t at the point where we really could, I think, credibly anticipate a trajectory,” DeSantis said while speaking in Clearwater. “But I do think it is possible that there are impacts in the state of Florida. And we see those impacts as anywhere from kind of severe storms all the way up to a potential hurricane.”

In response, the Division of Emergency Management announced state-supported testing sites for COVID-19 will temporarily close at 5 p.m. Thursday.

The sites, which are in 23 counties, offer both walk-up and drive-through testing.

“Testing sites are closing out of an abundance of caution to keep individuals operating and attending the sites safe,” the division said. “All sites have freestanding structures including tents and other equipment, which cannot withstand tropical storm force winds and could cause damage to people and property if not secured.”

The testing sites will remain closed until it is safe to reopen, the division said. COVID-19 testing, however, will remain available through county health departments.