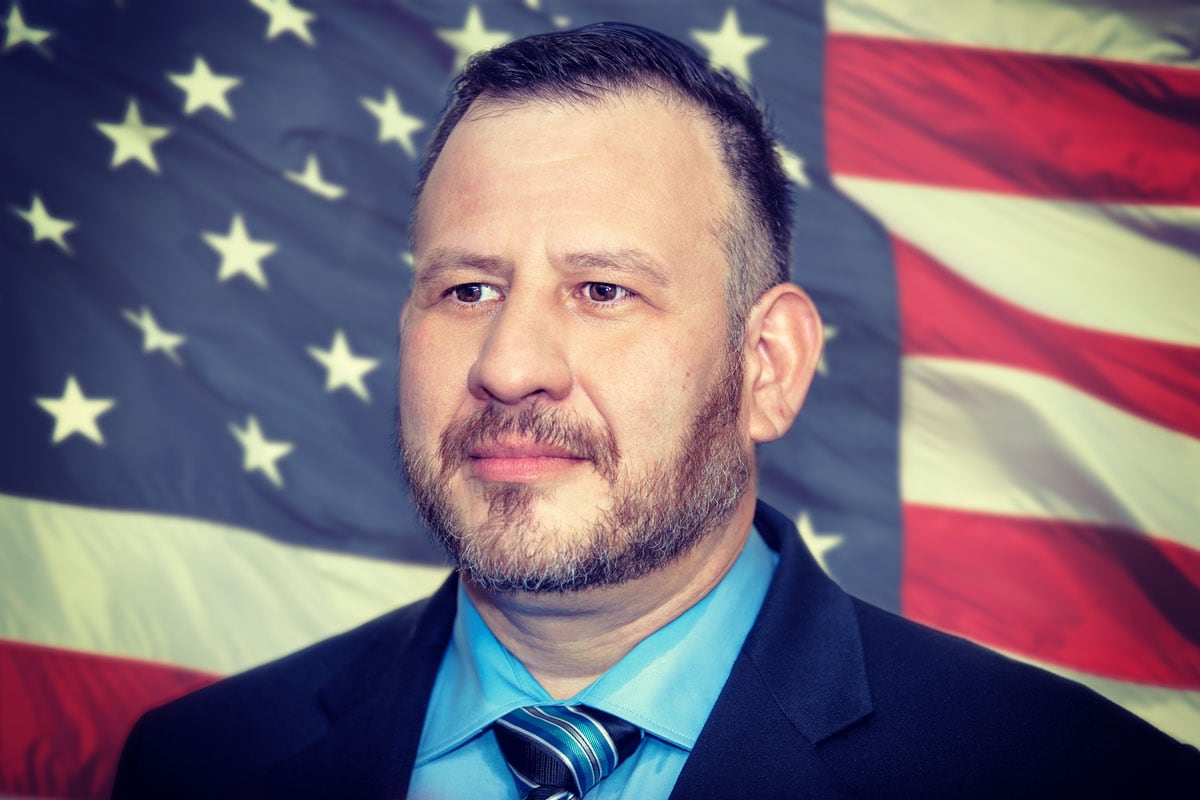 "I don’t like what I see happening and want to put an end to the corruption running rampant in our government."

I don’t like what I see happening and want to put an end to the corruption running rampant in our government.

Graduated from Institute of Audio Research in NYC 97’. I also attended the University of William Paterson in Wayne, New Jersey from 95’ – 97’.

I was a paperboy for the Jersey Journal in North Bergen, New Jersey.

I spoke with Bob Doyel and his team before deciding to run. They all thought I would be a great candidate and gave me the thumbs up.

Sean Shaw has been great but Laura Hernandez and her team have been awesome.

The first person I actually got a donation from would be my friend Chris Donahue.  Once I told him who I was running against and what he has done against the LGBT community, he was quick to say he would help.

I am fighting for accountability in our government and I want to make things as transparent as possible so people understand what is going on so we can fight the corruption together.

What are the 3 issues that you’re running on?

– Attracting better paying jobs into our communities without having to give the place away. Jobs that pay a liveable wage is important for that family to work balance in people’s lives.

– Rebuild our education program to help our students  obtain jobs that we will be required.  STEAM programs, tech programs, learn to code. Let’s bring our education into the future and let’s be a leader in k-12 education – invest in our children properly.

– Legalize cannabis properly : Legalize it, regulate it and tax it. Fix the current program convert it from a vertical business model to a horizontal model to allow more players into the market so everyone has a fair chance at a business in this market. There is plenty to go around. Expand the current medical program, allow it in hospitals for immediate emergency use and allow for temporary licenses for cardholders from other states while visiting our state.

Credit discrimination. This pandemic makes things worse for many who’s bills are backed up, their credit scores will tank and create a whirlwind of issues for them in the future which include not being able to get a job or even worse not being able to obtain housing.

More funding to protect our people with things like sidewalks and additional police services. we also need to help with the balance of development and environmental protections to grow a happy community here.

Legalization of adult-use cannabis would be one and the other would be to correct any loopholes created in the past by corrupt politicians that gave interest groups the right to destroy and pillage our state resources without penalty. We need to hold them accountable.

For me, it would be Gov. Reubin Askew who led on tax reform, civil rights, and financial transparency for public officials, maintaining an outstanding reputation for personal integrity.

Yes, yard signs are important to get the most branding visibility for the campaign as possible.

Recap of the day’s news and my schedule for the day.

Never give up hope, no matter how dark things seem. You just need to believe that things will get better and they will as long we fight. #TeamRyan #StarWars #Hope #Believe #Fight #RyanForFlorida

I’m known as a DJ. I also am a big fan of studying psychology and NLP. I love reading about history and learning about what the future holds.