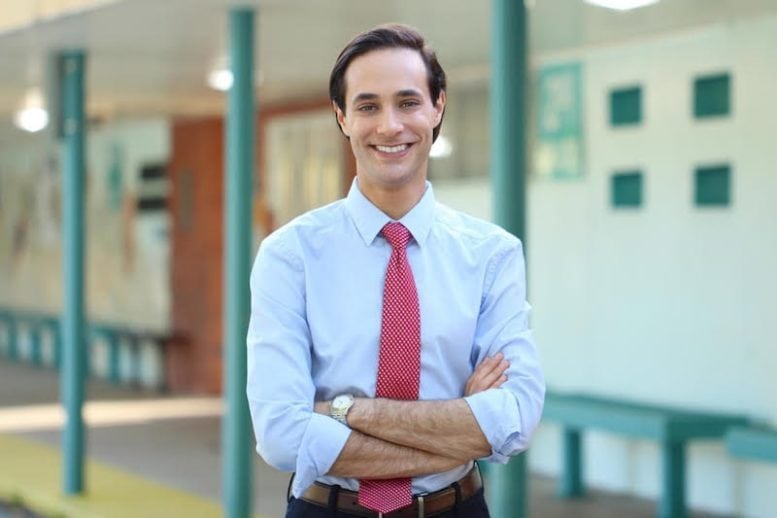 Miami-Dade School Board candidate Justin Koren is under fire for his checkered disciplinary history as a classroom teacher.

Koren, an assistant principal at Miami Killian High School, was removed from the classroom as a teacher after administrators discovered that he had shared his username and password with other staffers, allowing them to alter the grades of his students.

Court documents also show that Koren was charged separately with job abandonment and was physically removed from the classroom.

Koren fought these charges and sued the School Board for unfair labor practices, while Koren lost his challenge in the lower courts he did prevail on appeal to the Florida Supreme Court.

Now, as Koren seeks to replace Dr. Larry Feldman on the Miami-Dade County School Board, these charges are reemerging.

A series of mailers from the Citizens Alliance for Florida’s Economy political committee bring up these charges and are forcing Koren to address the allegations in a series of emails and online videos.

The mailers also draw attention to a different allegation regarding Koren’s credentials.

Koren, who refers to himself as “Dr. Justin Koren” in campaign literature, claims to have earned a Ph.D. in “Education Evaluation in Research.” But that degree was from an online college in Western Australia.

And complicating matters further, that college doesn’t currently list any “Education Evaluation in Research” Ph.D. programs on their website.

Koren used the questionable degree to get a bonus in pay and a promotion.

The election takes place Aug. 18. If no candidate receives more than 50% of the vote, the top two candidates will proceed to a Nov. 3 runoff election. 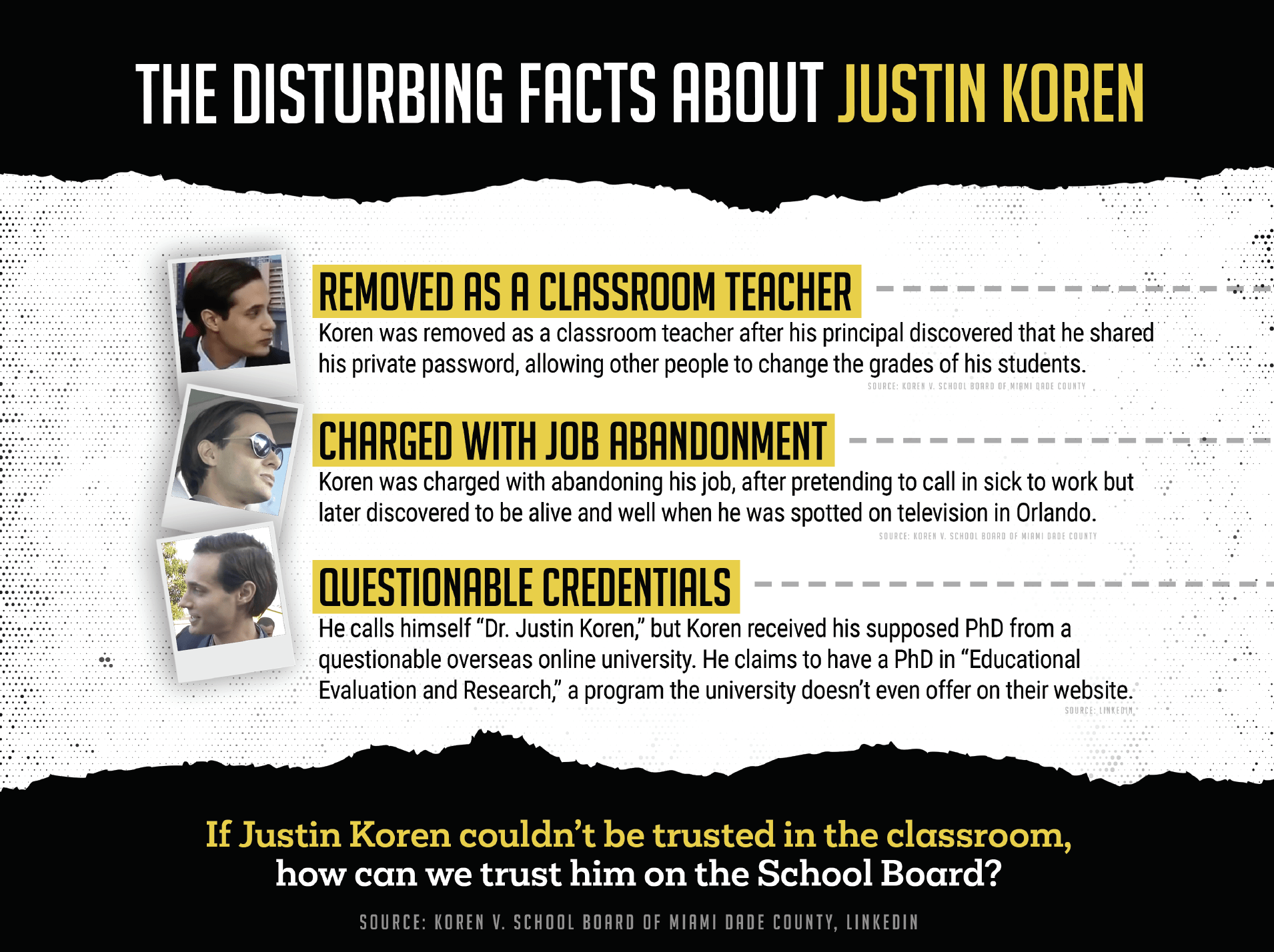 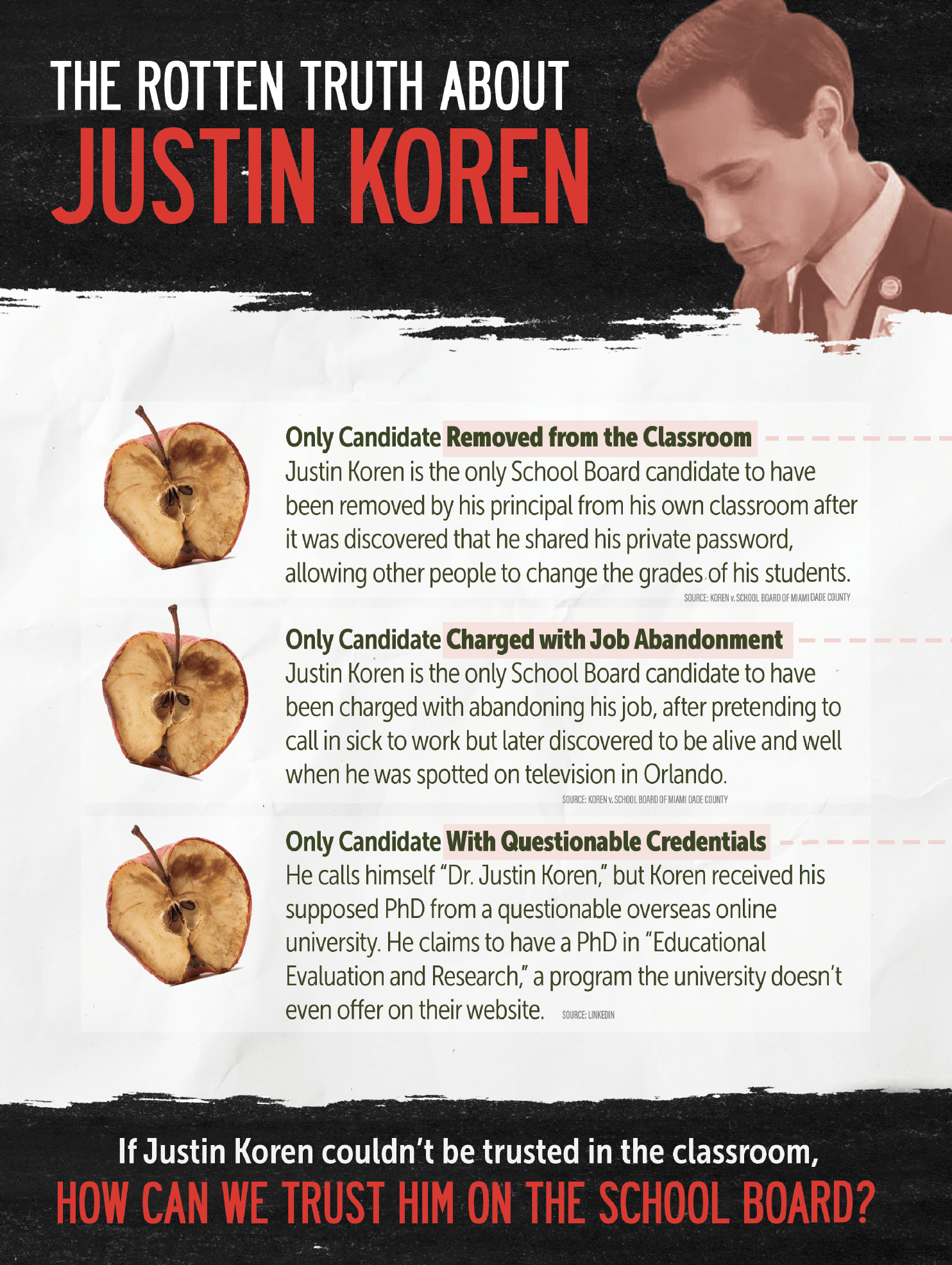