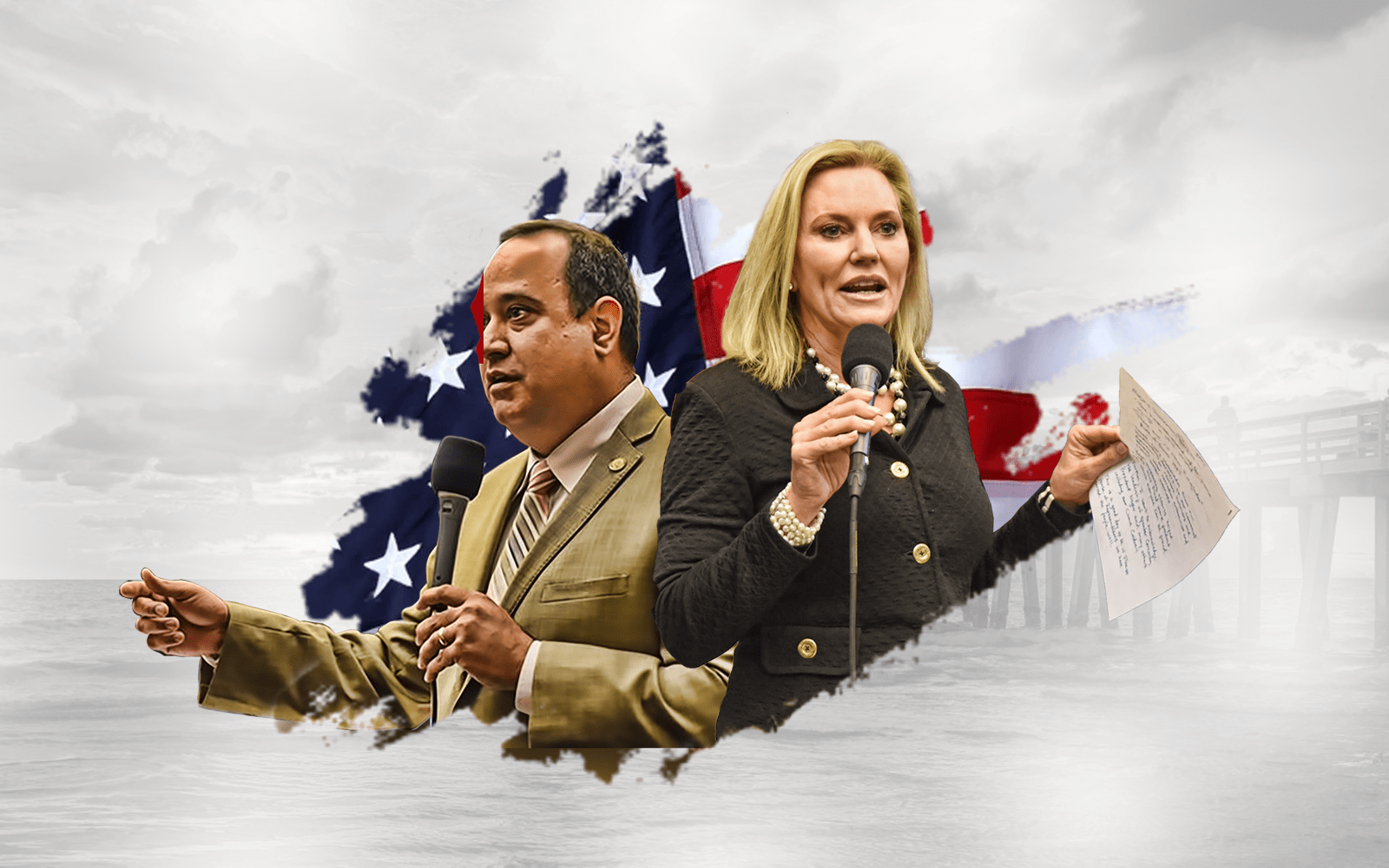 A political committee bought a half million dollars-worth of ad time to promote Heather Fitzenhagen and bash Ray Rodrigues. The ad buy is a major attempt to shift the narrative in Senate District 27.

“If you see Ray Rodrigues, tell him to stop lying about me and my record,” Fitzenhagen says to viewers in one spot. “I’m pro-life, pro-gun and pro-Trump.”

In Florida We Trust reported a media buy of $498,471 to put the three commercials on broadcast and cable in Southwest Florida.

One spot, “Stand Up,” focuses on gun rights, alluding to a gun control bill passed in 2018 while Rodrigues served as House Republican Leader.

“Where was Ray?” the ad questions. ”He was working with Democrats to restrict your gun rights and make it more difficult for Florida citizens to buy guns. Ray Rodrigues had his chance to stand up for you, but he did not.”

That referenced the Marjory Stoneman Douglas High School Act, signed by then Gov. Rick Scott in the wake of the Parkland shooting. The legislation drew ire (and a lawsuit) from the National Rifle Association. Notably, Fitzenhagen voted for the bill as well, but the ad puts greater responsibility on Rodrigues’ shoulders as a part of leadership in the House.

Like past ads from In Florida We Trust, the “Clean Up Illegal Immigration” ad suggests Rodrigues’ coziness with Big Sugar led him behind the scenes to scuttle such legislation for years.

“Corrupt politicians owned by special interests, like Sugar Ray Rodrigues, worked to water it down.” A narrator states.

The second half of the ad includes testimony from FItzenhagen herself, saying she “fought to pass E-Verify every step of the way.”

“Southwest Florida is my home,” she says. “To keep our communities safe, we need to stop illegal immigration and the politicians who enable it.”

The final ad, “If You See Ray,” features the most screen time for Fitzenhagen herself. Wearing a pair of amber shooting glasses and a camouflage vest, Fitzenhagen fires a long gun at a target at a shooting range while she defends her conservative bona fides.

The ads strike a strident tone in a race where Fitzenhagen has found herself on the defensive regarding votes on abortion while groups, including Senate Republican leadership and the NRA, openly questioned her loyalty to the caucus.

The aggressive posture comes after polling showing her significantly behind Rodrigues weeks from the primary. A St. Pete Polls survey shows Rodrigues up by more than 40 percentage points. That prompted Fitzenhagen to release an internal poll showing her down by 22%, but with push polling data suggesting tying Rodrigues to sugar could hurt his standing.

In Florida We Trust formed this year and has been supported primarily with donations from the Everglades Water Trust.

Rodrigues and Fitzenhagen served together eight years in the House, but find themselves at odds in an increasingly bitter GOP nomination fight. The winner of the Aug. 18 primary faces Democrat Rachel Brown in November, but in the heavily Republican district, the Republican nominee heads to the general as a clear favorite.