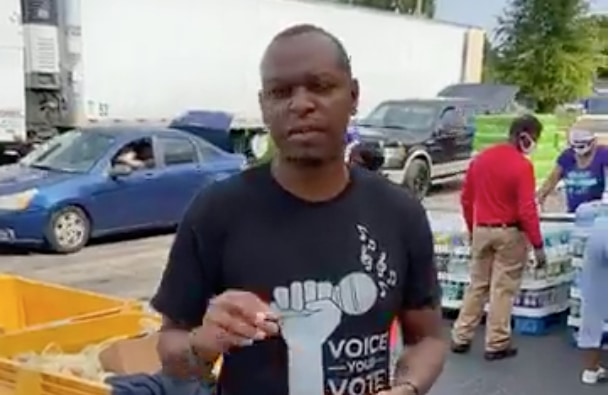 Food distribution, voter registration and musical entertainment are in store.

Bracy, an Ocoee Democrat, announced Friday that he’s starting what he intends to be a statewide initiative called “Voice Your Vote.” Events would feature live music shows, artists, food distribution, school supplies distribution, and hot food for the moment, while he and volunteers encourage people to register to vote and to vote.

The first Voice Your Vote is planned at the Experience Christian Center parking lot in Orlando Saturday, from 11 a.m. to 2 p.m. Already, the next Voice Your Vote event is set for Sanford on August 15, and more are being considered in Hillsborough County, South Florida, and Jacksonville. Bracy said he intends to partner with local elected officials and others, and also hopes to extend the series past the 2020 elections, he said.

“This is a kickoff of a statewide initiate. Voice Your Vote is starting here in Orlando, my home. We’re going to go to Seminole County next, and across the state,” Bracy said Friday morning at a Farm Share event in Eatonville, where he was helping distribute food. “The point of it is to encourage voting. This is such an important election. I just decided we are going to use our resources to get as many people engaged as possible in this election.”

The initiative is an extension of what Bracy has been doing for months, helping provide emergency aid for people struggling to make ends meet during the crisis. He has participated in at least six Farm Share events.

He said it will be run through a non-profit organization, and he’ll be seeking donations and volunteers.

In the church parking lot on Saturday, two bands will play, and there will spoken-word artists and a dance troupe.

“It’s going to be safe, so you can park your car, roll down your window, listen to music, or pull out a beach chair, and just put it right in front of your car. you must bring a mask. That is mandatory,” Bracy said.

“But this is about fun and enjoyment, good music,” he added. “I know people have not been able to get out.”

previousNot a handout or a bailout: Mayors plead with Senators for COVID-19 funds