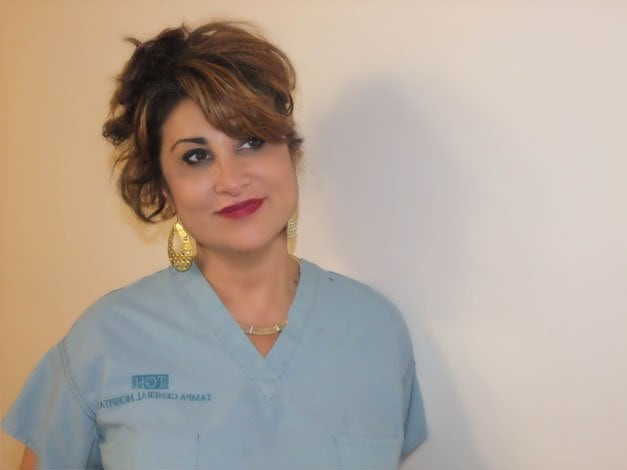 "In a corrupt court system, neither the acquittals nor the convictions have any meaning."

I worked at a movie theater at a time when Staying Alive was out. I will never forget the crowds or the job.

Significant other yes, but no kids

I did not speak with anyone prior to deciding to run but I have received a great deal of encouragement from the Republican Party in Pinellas and Hillsborough Counties.

The constituents in District 19.

My political consultant is my cousin Garo Paylan who is a Parliamentarian in Government in Turkey. I do not have a campaign manager as of yet.

Judge Robert and Mrs. Bonanno. They donated because they believe in my dedication to get things done.

Distrust comes from lack of participation of everyday people in government. Public office has become something of a career when it is supposed to be everything but a career. My platform is to create a government of soccer moms, truck drivers, waiters and even ex- offenders so that trust can be restored in government by seeing that it is a government that is representative in make-up of the people.

– Total Recall of the Criminal Injustice System including overhaul on rules of evidence, jury instructions and standard of review on appeal, and implementing a civilian oversight committee with subpoena power to oversee prosecutorial misconduct.

– Accountability for those in the judicial system by holding public trials for every judge and prosecutor who participates in a wrongful conviction.

In these times, the efficacy of Hydroxyquinoline as a treatment for COVID-19. I believe that it is an effective drug with tolerable side effects and should be used. I support the fact that President Trump is taking hydroxyquinoline as prophylactic given his potential exposure to those who may be infected.

Funding to (1) to build a local rehab center which is shockingly absent from the entire East Tampa and South St. Petersburg areas, (2) upgrade street landscape in both East Tampa and South St. Petersburg and offer incentives for small businesses to make it palatable to open and sustain businesses in these two areas and (3) infuse the area with resources to employ the youth locally within the neighborhoods

Revision of Amendment 4 that expands voting right restoration to include the ability to carry for all non-violent (without firearms) offenders.

Surgical Journals with the latest breakthrough in the surgical field.

I listen to all cable news channels, including Fox News, CNN, MSNBC. On the internet, I read Tampa Bay Times, Florida Politics, Daily Record, and Miami Herald. Also, on a regular basis, I read judicial opinions published by the Second District Court of Appeal which serves as the appellate court for District 19. Regularly, I follow the opinions published by the Florida Supreme Court and I attend regularly Republican Committee Meetings in Pinellas and Hillsborough Counties. I am also a member of St. Pete League of Women Voters and receive a variety of information from them that form some of my political views.

IN A CORRUPT COURT SYSTEM, NEITHER THE ACQUITTALS NOR THE CONVICTIONS HAVE ANY MEANING.

nextVirus relief bill remains up in air as negotiations resume