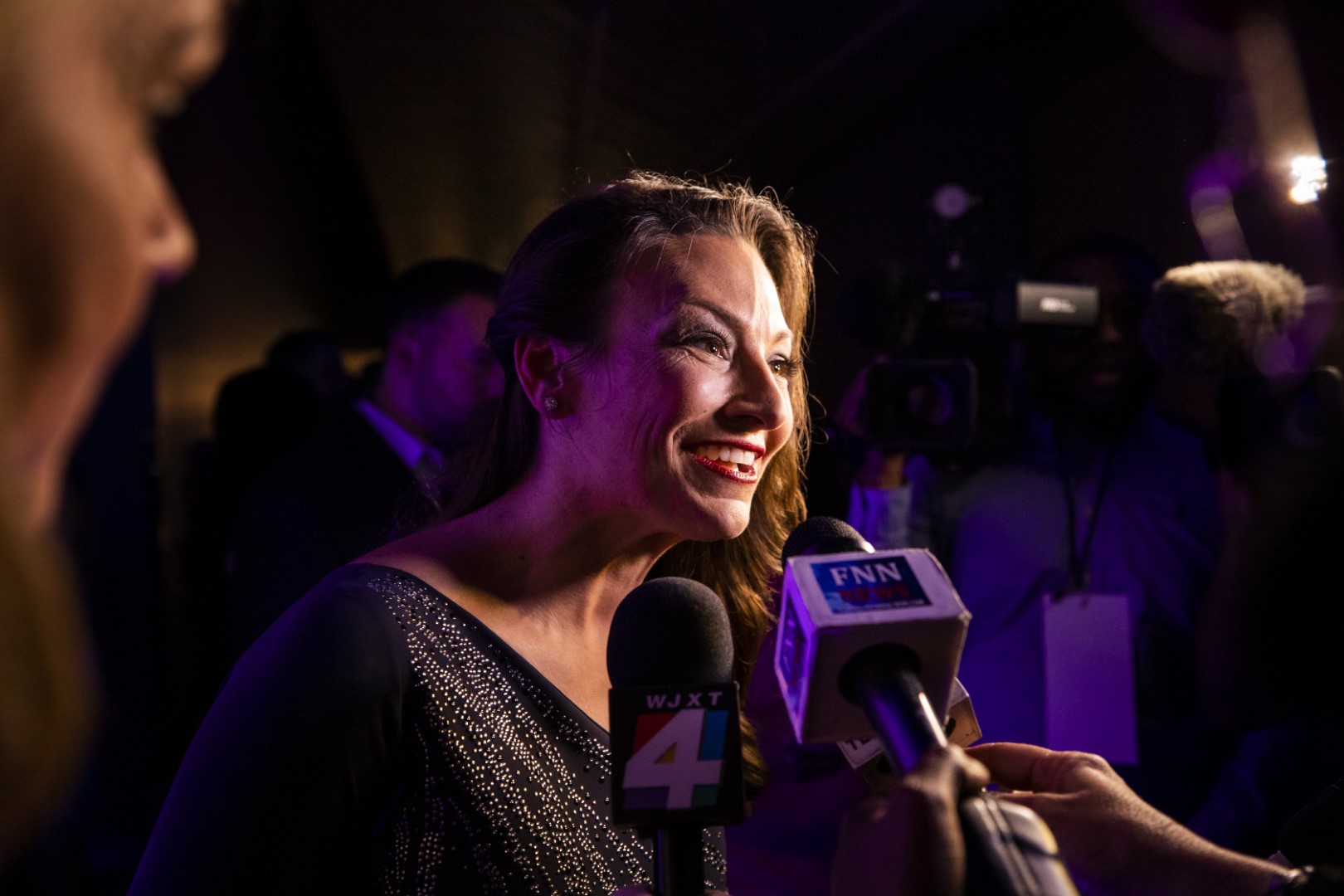 Nikki Fried continues her battles with the Governor. Image via Colin Hackley.

Nikki Fried, Florida’s Commissioner of Agriculture and Consumer Services, rolled out a public information campaign to combat COVID-19 Monday. And in doing so rebooted her feud with Gov. Ron DeSantis.

Fried described frustrations with the Governor’s mitigation strategy amid the ongoing COVID-19 crisis and rolled out her “Be Smart Florida” campaign, which urges people to take precautions, including masking up.

Fried, the only Democrat elected statewide, has been a frequent critic of the Governor’s response to the novel coronavirus, but the decision to launch her parallel campaign to the Governor’s was a novelty.

She didn’t have state health officials, or other leadership with her, symptomatic of the chasm between her office and Republican leadership elsewhere.

Fried said she has been critical of the Governor, but “continue[s] to put out her hand” to work with him.

To reporters in Tallahassee Monday, she gave a soundbite-heavy address on how the virus is “out of control” and the state has “never needed more to be united in response and common defense.”

“But we find ourselves as divided as ever,” Fried lamented, urging those listening to “please know that someone in Florida leadership hears you.”

For the Commissioner, this continues what has been a one-sided recent tradition of trying to get the Governor’s attention only to be unceremoniously rebuffed.

Earlier this month, Fried said it was clear DeSantis “is not going to be the leader Florida needs at this time.”

“We are the epicenter of the virus now. Cases continue to rise, ICU beds are nearly at capacity, we are doing no contact tracing,” the first-term Democrat contended.

As far back as May, when the state parted ways with COVID-19 dashboard manager Rebekah Jones, Fried has said that just as the state’s response to coronavirus hasn’t been enough, the same holds true for the data.

“People can’t trust the information,” Fried said, attributing a  “dangerous pattern … of misinformation” to DeSantis, “a pattern of deception we’ve seen from the Governor over and over again.”

Republicans who were not, even as of the Legislative Session last year, necessarily opposed to Fried have now seen their opinions harden. Sen. Jeff Brandes said she was “politically posturing,” and others have rallied around the Governor.

For Fried, the Governor’s virus response offered a chance for a comeback after a Legislative Session in which she found herself having to defend the prerogatives of her office.

DeSantis allies in the House advanced a proposal to move the Office of Energy from her domain to the executive branch. While the Senate budget did not contemplate it, Fried spent much of the winter ensuring the Senate would hold the line.

She was successful then. But the nearly five months since Sine Die have not burnished her “state before party” formulation.

The 2021 Legislative Session likely will be lean times for FDACS, with lawmakers eager to curry favor with the chief executive of the majority party. But all of this seems like a prelude for 2022, where Fried will either be compelled to step up in weight class or defend the prerogatives of a diminished office against a Republican Party that would like nothing more than to de-platform her.