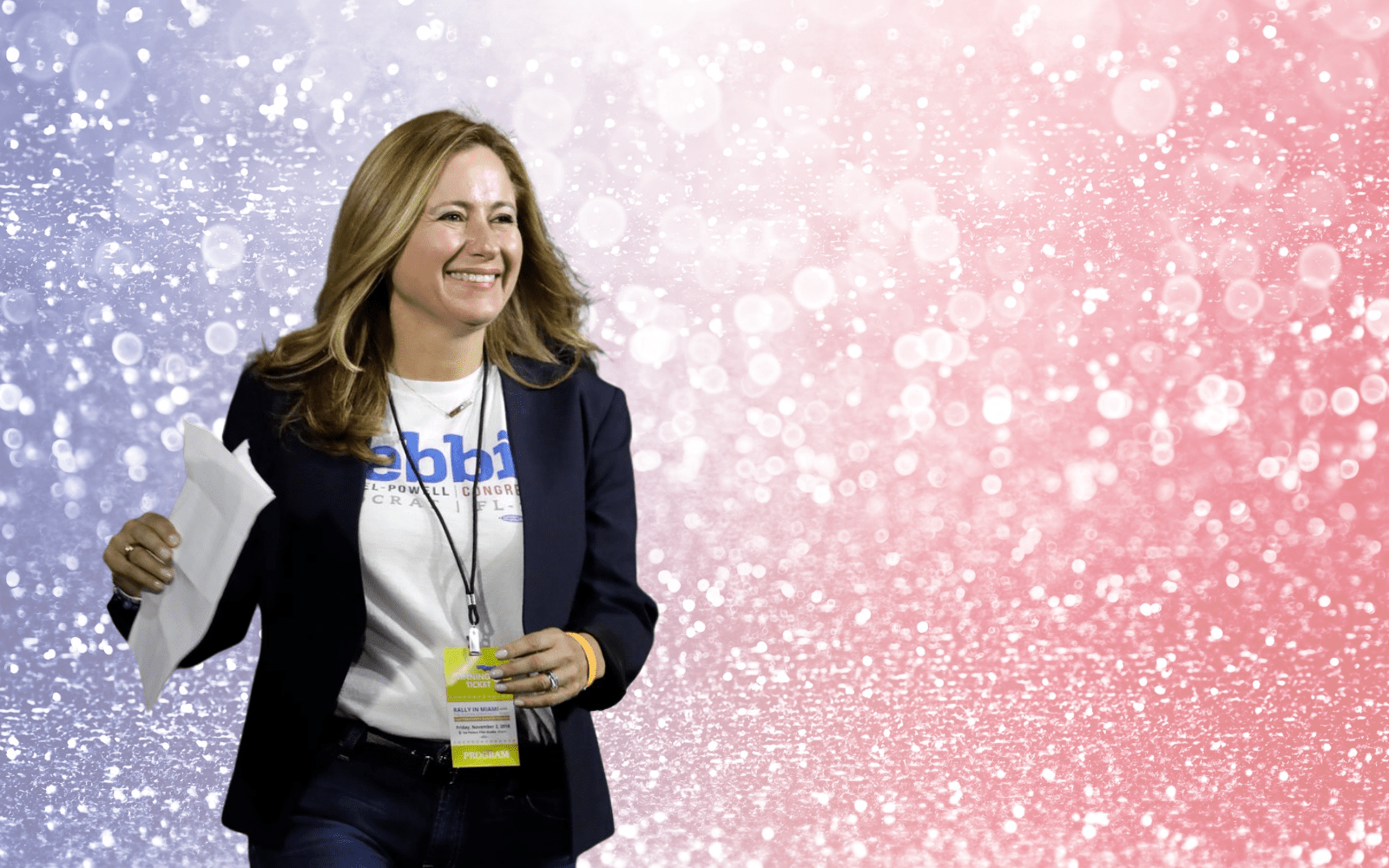 DMP: Don't mess with my people.

U.S. Rep. Debbie Mucarsel-Powell released a defiant political advertisement Tuesday in which she lists the disparate groups of people she’s fighting for and implores Congressional leaders to do more for them.

Mucarsel-Powell, who’s running for re-election in Florida’s 26th Congressional District, referenced her background early in the advertisement and made a play on her initials in the closing moments.

“My name is Debbie Mucarsel-Powell, and you call me DMP,” she says at the end of the 90-second clip.

“Which as long as I’m in Congress stands for, ‘Don’t mess with my people.’”

The ad opens with clips of ordinary citizens and then pictures of Mucarsel-Powell as a youth, chronicling her rise as a young immigrant from Ecuador who ultimately winds up representing her new country in Congress.

“When you come to the U.S. from Ecuador at 14 with nothing, no-one expects that you’ll go from working in a donut shop to Congress,” she said in the advertisement. “I did because that is what is possible in America. But the truth is, right now, there’s a group of corrupt people in power trying to make that harder for all of us.”

After Mucarsel-Powell mentions the corrupt group of people in power, the advertisement shows pictures of President Donald Trump and Senate Majority Leader Mitch McConnell with a black line over their faces.

Mucarsel-Powell, first elected in 2018, then begins speaking about all the people she wants to represent.

She pointedly mentions single mothers trying to clean hotel rooms and says it was her mother’s former profession. She then speaks about students and people affected by the COVID-19 epidemic.

Mucarsel-Powell, who is running unopposed in the Democratic primary, also says she is fighting for struggling businesses and for people that got sick because “corrupt politicians lied to them about COVID.”

The final portion of the advertisement references the protest movements enveloping America.

The advertisement airs in both English and Spanish.

Miami-Dade County Mayor Carlos Gimenez and Omar Blanco, the former head of Miami-Dade Firefighters Local 1403, are running in the Aug. 18 Republican primary to oppose Mucarsel-Powell in the 26th district.

previousMichael Weinstein: It's not sexist to speak the facts